Home » BC Provides Zoom Accounts To Students Over Security Concerns 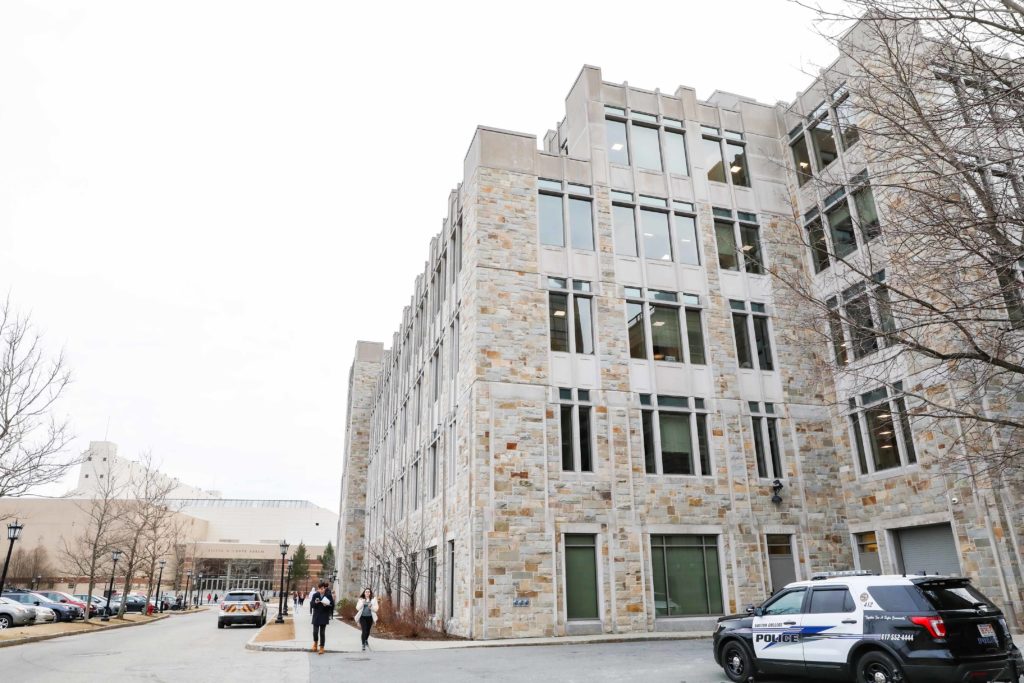 BC Provides Zoom Accounts To Students Over Security Concerns

Richard Powers, a professor in the Carroll School of Management, was starting to wrap up his Business Law II class on Zoom last week when he noticed someone in the class he didn’t recognize. The person, whose name appeared on Zoom as Ben, was sitting away from his camera, seated on a couch in a darkly lit room.

“I said, ‘Ben, what are you doing here?’ … and he said, ‘Oh, hello Richard! How are you?’ in a strange way, not a typical student-faculty interaction,” Powers said, imitating Ben’s voice in a nasally tone.

Powers realized that his class was the victim of a “Zoom bomb,” a new trend that has risen in popularity as many business and educational meetings have moved to online video platforms such as Zoom in response to the COVID-19 pandemic. Zoom bombing involves an uninvited individual gaining access to a live video session and interrupting it with sometimes profane, racist, or pornographic comments or drawings.

The incident occurred on April 8, three days before Boston College Information Technology Services sent an email to the student body announcing that the University is now providing all students with Zoom licensed accounts, citing “growing concerns around external disturbances to Zoom class sessions.”

By providing students with Zoom accounts, only students who have logged into Zoom through the Agora Portal will be automatically admitted to Zoom sessions. Students trying to enter a session through a personal Zoom account will be placed in a virtual waiting room and need to be admitted by the course instructor.

Powers said that he had heard from other professors about Zoom bombing and seen it in the news. Faculty had already received several emails about Zoom bombing from the administration, he said. Instances of pornographic and racist encounters with Zoom bombers had particularly concerned Powers, who said he was worried about subjecting his students to uncomfortable class situations.

Since the class was nearing the end of the session, Powers decided to end class for the day, hoping that Ben would stay on so he could confront the uninvited guest. To Powers’ chagrin, though, Ben quickly left the session, and the opportunity was lost.

“It takes a lot to get me upset at this point in my life—I was a trial lawyer for 30 years,” Powers said. “But I’m concerned about the students, so it made me nervous in that sense.”

Powers said that he expects BC’s provision of Zoom accounts to students to help with online security problems during class sessions, and they have made him feel more comfortable about continuing online instruction after his experience being Zoom bombed.

“I have a sense of security, confidence that no one is going to Zoom bomb us,” Powers said. “Once I had that experience, [Zoom bombing] bothered me, but within a day, BC had addressed it, before I had another class.”