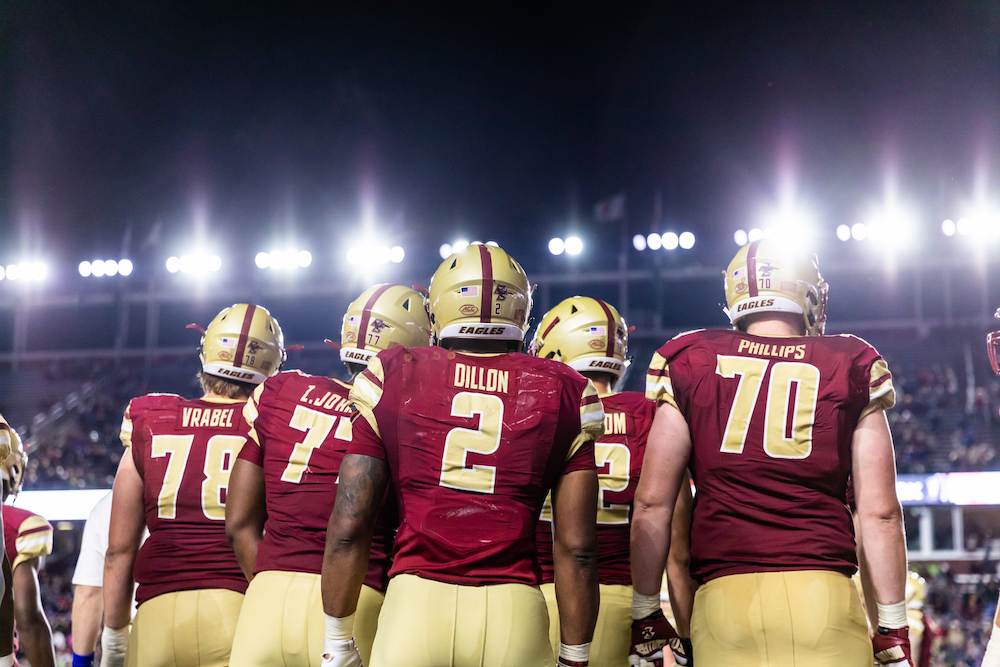 Ever since sports became a major source of consumer entertainment, they have been connected with politics. Countless athletes’ reputations have been built or destroyed by their activism—or lack thereof—and with the rise of television and social media, the reach of their platforms has surged.

The overlap of sports and activism in the United States has historically been particularly extensive for Black athletes. The tradition of using influence as a sports star to create social and political change is so prevalent among Black athletes that ESPN sports journalist Howard Bryant referred to it as “the Heritage,” in his book The Heritage: Black Athletes, a Divided America, and the Politics of Patriotism.

“The tradition became the black athlete’s coat of arms, and the players who upheld it—Jackie Robinson, Muhammad Ali, Tommie Smith, John Carlos—were the ones who one day would be taught in the schools,” Bryant wrote in his book.

These heroes are all remembered for how they spoke for those who could not and how they used their voices for the benefit of those who had been left behind or oppressed in American society.

And yet, Colin Kaepernick, an athlete and activist of our time, was instantly branded as “disrespectful” and “an embarrassment” by the likes of CBS’s Boomer Esiason and by other prominent, often white and male, sports commentators and NFL owners for kneeling during the national anthem. Even President Trump took aim at Kaepernick, calling for coaches, players, and NFL Commissioner Roger Goodell to “get that son of a bitch off the field right now. Out. He’s fired. He’s fired.”

Despite consulting with Nate Boyer, a retired Green Beret, many Americans considered Kaepernick to be in blatant contempt of veterans and active members of the military. Boyer was the one to suggest that Kaepernick kneel as a form of protest while still respecting what the American flag and anthem stand for.

In the face of such pushback from the top ranks of the NFL, and before 2020, it would have been hard to predict Goodell’s U-turn statement on June 5 of this year:

And yet, Goodell’s backtracking statement isn’t really that surprising given the huge swaths of the country experiencing civil unrest following the death of George Floyd. When considering the public outcry from all across the world, Goodell probably felt that his hand was somewhat forced by public opinion and had to apologize. But Goodell wouldn’t have made such a statement if it hadn’t been for athletes like Kaepernick in the first place.

In the wake of the worldwide protests, it is now impossible to ignore that there is something seriously wrong with the way Black people—and other people of color—are treated in our society. As such, we have seen countless statements put out by institutions and corporations, announcing their support for the Black Lives Matter movement. This statement was simply Goodell’s attempt to save face in the midst of enormous public outcry, rather than a genuine declaration of solidarity with the oppressed in our nation.

It’s clear that professional athletes play a key role in social and political movements—which are vitally important given the injustices that Black people and other people of color face in our society.

But what about college athletes? What responsibility do collegiate football players hold, for example?

These athletes, particularly in Division I, generate huge amounts of income for their universities and are watched by millions of people around the country. They certainly have a responsibility to create change given the extensive reach they have to their audiences.

Kansas State, for instance, saw its football team threaten to boycott all football-related activities until the university’s administration took action in response to a student’s highly insensitive tweet regarding George Floyd. According to ESPN, Kansas State has now promised several new initiatives, including a “diversity and education fund,” as well as workshops oriented at promoting inclusion and understanding, especially within the athletics program.

Clearly college athletes have the power to enact positive change within their own universities and communities, and, therefore, should be expected to take part in activism just like the professionals.

BC linebacker Max Richardson said he believes Division I athletes in particular do have that same responsibility to speak up.

“I think that for Boston College athletes—we’re a Division I, Power Five school—when we’re in season and playing sports, we’re playing on TV in front of millions of people in a big stadium,” Richardson said in an interview with The Heights. “That platform is a place for us to talk about the things that are not right in this country and to spread awareness.”

According to Richardson, college athletes have to recognize the problem at hand and spread awareness on the issue in order to use their platforms for good.

“The different guys on the team … can then use their platform as a Division I athlete to talk to their families, talk to others,” he said. “It’s all about acknowledging and then trying to prevent ignorance, letting everybody know that there is something wrong and you have to be aware.”

Richardson also emphasized the importance of diversity when it comes to group activism. He explained that the diversity inherent within football teams is a huge factor in why both college and professional football are at the forefront of many protests.

He said he believes that without diversity and without support from many different backgrounds, movements are much less likely to be successful. Thus, a diverse football team of 100 or so players with a widespread influence is the perfect incubator for a social movement.

“The most significant are always going to be the ones that are the most diverse [with] many, many people from many walks of life,” Richardson said. “2020 was obviously a huge year, and the Black community wanted to take a stand and make change, and the white community hopped on board and all people from all walks of life joined in. But if you look back to 1964 in those years when Martin Luther King was conducting great marches, there’s also a lot of diversity in there.”

While there is no way to predict with certainty what kind of progress will emerge from the recent resurgence of the Black Lives Matter movement that has swept the world, we can certainly expect that 2020 will not only be remembered for the voices “from all walks of life” who, inspired by outspoken athletes like Kaepernick and Richardson, raised their fists in the air and declared that there is no room for racism in our future.

football social justice NFL black lives matter
As Other Mass. Schools Reverse Course, BC Will Reopen as Planned
BC Unable to Debut App For Testing and Symptom Reporting in Time for Move-In