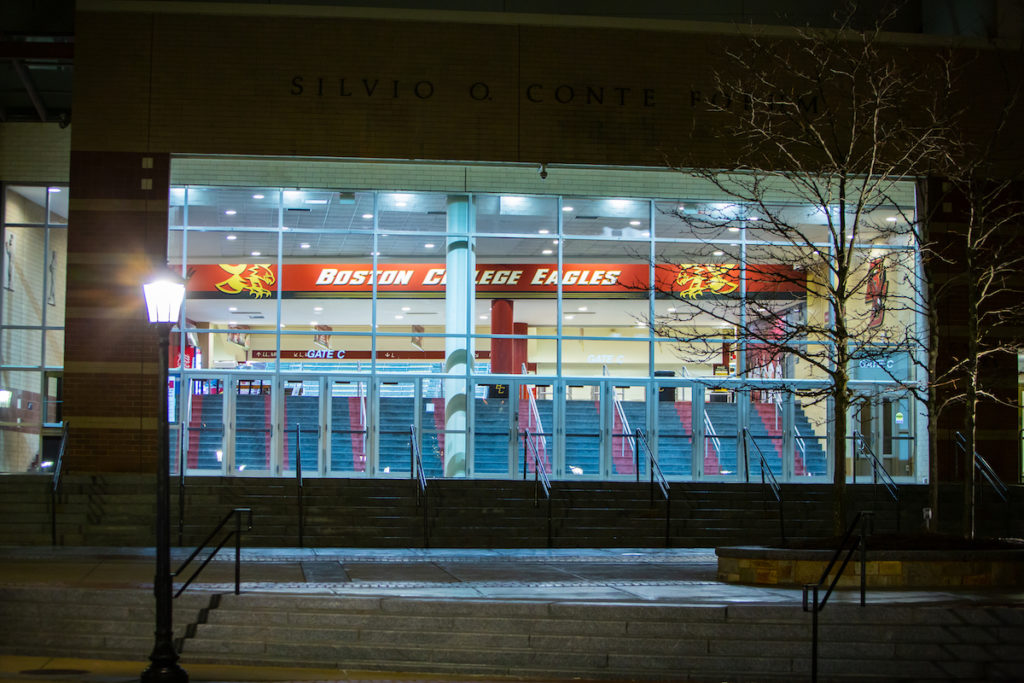 For the first time ever, a Boston College Athletics administrator earned the title of Administrator of the Year from Women Leaders in College Sports, as the organization announced its annual award winners on Tuesday evening. BC’s Senior Associate Athletics Director and Senior Woman Administrator Jocelyn Gates earned the 2020 title in the NCAA’s Division I FBS section.

The award honors top female college athletics administrators in the country for their contributions to their home institution in the form of diversity and gender equity practices, character, leadership, tenacity, and commitment to excellence.

The organization which presents the annual awards—Women Leaders in College Sports—aims to promote leadership and advance the role of women in and beyond collegiate athletics.

According to the NCAA, Gates’ role as the Senior Woman Administrator means that she is “the highest-ranking female in each NCAA athletics department or conference office. The purpose of the SWA designation is to promote meaningful representation of women in the leadership and management of college sports. Gates joined the BC staff in 2017 under her current title, which also includes a role as the deputy Title IX coordinator for Athletics.

In her time at BC, she’s been been behind many of BC’s biggest hires including women’s basketball head coach Joanna Bernabei-McNamee—who went on to win ACC Coach of the Year last year in her revival of the Eagles’ program—volleyball coach Jason Kennedy, and football coach Jeff Hafley.

In her current role, Gates oversees “Human Resources, Sports Medicine, Strength and Conditioning, Compliance, and Student-Athlete Development,” according to BCEagles.com. In addition, she works directly with women’s basketball, women’s soccer, and men’s and women’s golf at BC.

Though she is relatively new to BC, Gates has been around the college sports scene for her entire career, starting as an NCAA Division I soccer player for Howard University.

“I am here for every student-athlete, there is a special place in my heart for the student-athletes of color,” Gates said in a 2019 interview with CollegeAD.com. “I feel like I need to be a voice for them and young administrators of color. They need to see a face like their own in administration and know they can do it too.”

From there, she headed to the NCAA Headquarters in Indianapolis as the diversity and inclusion post-graduate intern. She then served as the assistant director and special assistant to the vice president/director of athletics at Duke University. Directly prior to working at BC, Gates worked as the senior associate athletics director and senior woman administrator at the University of South Florida.

At USF, Gates was in charge of improving the student-athlete experience and served as the athletics Title IX liaison. She also worked closely with the football team, women’s basketball team, and the men’s and women’s golf teams at USF.

The Wilmington, Del., native earned her Bachelor of Science in biology from Howard University before earning a Master of Science degree in kinesiology and sport psychology from Georgia Southern University.