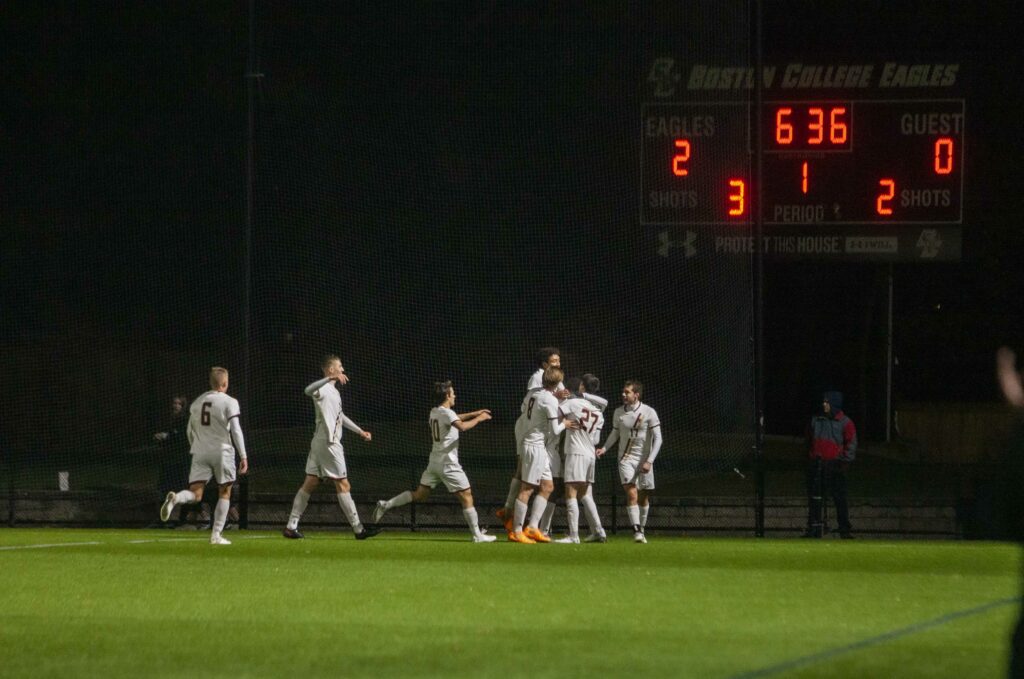 While the majority of Boston College’s fall sports programs were determining their schedules and preparing safe measures for practice and play, BC men’s soccer was making a tough decision—will the team compete this fall? The team ultimately came to the conclusion that no, it would not be entering into competition against the other ACC schools.

The announcement that the team would not be following suit with BC’s other athletic programs came on Tuesday afternoon via the team’s official Twitter.

The team’s reasoning for the decision boiled down to two main factors: the inability of some student athletes to return to campus this semester, and the protection of the players’ and staff’s health and safety. The statement said that both players and staff were involved in the decision.

First-year men’s soccer head coach Bob Thompson said in an appearance on the ACC Network shortly following the announcement that the decision was a month-long discussion between the players and staff.

“The process was ongoing for at least a month leading up to what would be preseason,” Thompson said during his ACCN interview. “And as it went, the month leading up to preseason, our roster just kept shrinking. … And the players talked amongst themselves, and it didn’t look like a healthy situation.”

Eight players on the team are from outside of the United States and were not able to return to campus for the fall season. These players include sophomore stars Alejandro Zimmermann and Stefan Sigurdarson, and freshman Joel Kader.

But even though the team won’t be playing this fall, Thompson says it will still be holding practices and training in order to prepare for spring competitions.