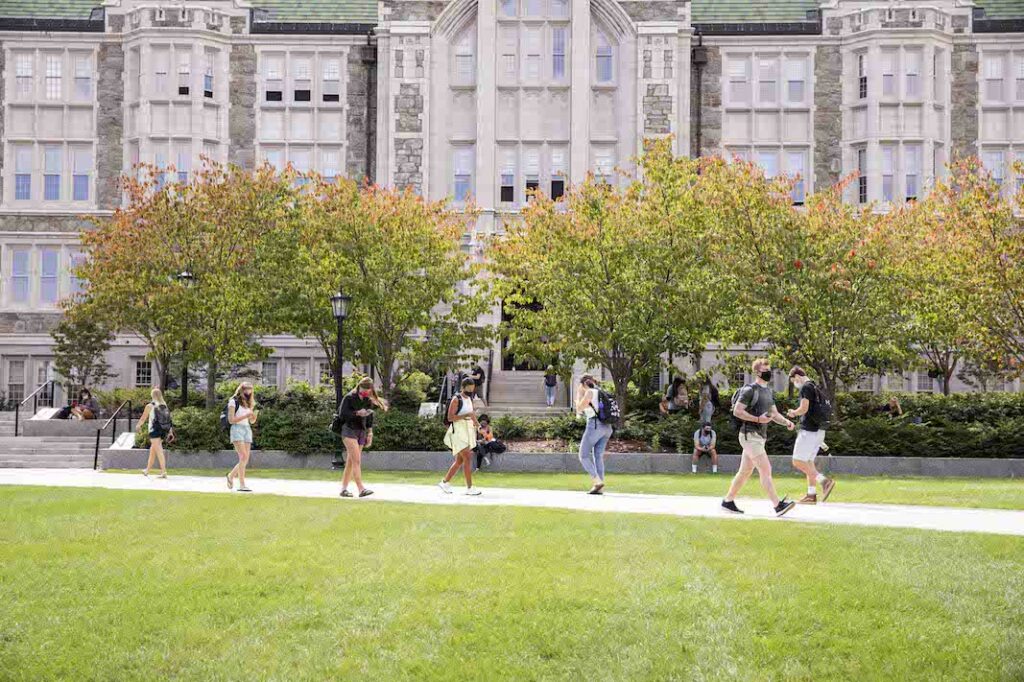 Three additional undergraduates tested positive for COVID-19 out of the 109 who were tested this week, Boston College’s COVID-19 dashboard said Tuesday.

While BC’s weekly surveillance testing will normally begin on Mondays, it began on Tuesday this week, according to an email sent to those selected for testing. The numbers on BC’s dashboard on Tuesday, which were updated in the morning, therefore did not include asymptomatic surveillance tests.

BC’s dashboard does not include a breakdown of undergraduate testing data by testing group—asymptomatic surveillance testing versus symptomatic or close-contact testing, for example—meaning that Tuesday’s numbers cannot be meaningfully compared to the positivity rate from last week.

BC is conducting at least 1,500 asymptomatic surveillance tests each week. BC is randomly selecting participants for these tests, although it is testing people who work in high-contact positions at a higher rate, according to an email sent to students Friday.

Last week, 26 BC undergraduates tested positive out of the 3,837 who were tested, a positivity rate of .68 percent. BC tested students who were still returning to campus, retested students from high-risk states and countries, and began conducting asymptomatic surveillance tests last week.