The progressive left has heard the same refrain time and time again from moderate and conservative commentators—that young, left-wing voters ask for too much from their candidates, refuse to compromise, and demand unreasonable“purity tests”. In the Massachusetts Senate primary, it was certainly an uphill battle for an old, white man who voted in favor of the Iraq War to gain the support of young voters, progressives, and activists, but Ed Markey managed to pull it off.

The final results from the Sept. 1 primary showed incumbent senator Markey pulling off a 10-point blowout of Rep. Joe Kennedy III, a result that hardly anyone could have predicted when Kennedy entered the race last September with a 14-point lead. Much of Markey’s unprecedented success resulted from his deliberate outreach and rebranding efforts directed at the young, progressive wing of the Democratic Party. Markey’s strategy of fostering a massive, organic, and self-sufficient digital and grassroots organizing network ultimately paid off for him.

From the standpoint of the left, Markey has taken bad votes in the past. He opposed desegregation of Boston Public Schools in the 1970s, he voted for the 1994 crime bill that constructed mass incarceration as we know it today, and he voted in favor of the Iraq War. The skeletons in his closet are similar to that of the current Democratic nominee, Joe Biden, who has been hammered for his controversial votes on these issues by both the left and the right. But Biden could learn from Markey’s ability to take accountability for his mistakes and pivot to proactively supporting and even championing popular left-wing policies such as Medicare for All and the Green New Deal.

Since both Markey and Kennedy entered their current positions in 2013, they have taken governing standpoints that are, frankly, fairly similar. There is little daylight between the two policy-wise—they both supported Massachusetts Senator Elizabeth Warren in the Democratic Presidential Primary, support the Medicare for All bill, and identify strongly with the progresssive wing of the Democratic Party. Given this lack of ideological difference coupled with Markey’s relative obscurity vis-a-vis a Kennedy in Massachusetts, the Markey campaign found an edge to distinguish itself.

As the original Senate sponsor of the Green New Deal, Markey made the smart decision to rebrand himself in ads as “The Green New Dealmaker,” taking on a forward-looking tone and focusing much of his messaging on progressive youth outreach. Accountability and left-wing conceptions of progress became hallmarks of the Markey campaign, inspiring symbolic and powerful endorsements from Rep. Alexandria Ocasio-Cortez and the youth-led Sunrise Movement.

In return for his concerted efforts toward championing the issues most important to today’s young, progressive left, Markey was rewarded with contagious enthusiasm and a robust, entertaining, and unique digital grassroots operation. By tapping into the enthusiasm and savvy of the online left, Markey was able to build a massive online presence through an organic network of Ed-themed Twitter fan accounts, notably including “Gingers for Markey,” “Theater Kids for Markey,” and my personal favorite, “Ed’s Reply Guys.” So many of these accounts accumulated that the campaign eventually dubbed the phenomenon of unofficial campaign accounts the “Markeyverse.”

A coalition of young campaign fellows and students used their coding skills to create the Markey Map, an interactive map where voters click on their town to find a list of local endorsements and how much money Markey has procured for that specific community over the course of his career. Students organized Zoom phone bank parties that achieved call numbers nearing 100,000 on a single night. Finally, the Sunrise Movement assisted in building far-reaching enthusiasm for the campaign, creating nostalgic and inspiring ads and boosting Markey’s name recognition among Massachusetts voters.

Markey’s reinvention and outreach strategy was a resounding success, as was clearly reflected in the election results. The larger question that remains after all is said and done: Is this campaign strategy replicable and scalable?

Biden’s campaign can and should evaluate Markey’s campaign as a blueprint for driving the enthusiasm of the youth vote and inspiring talented and savvy young people to build an authentic digital infrastructure. The progressive left, which is largely composed of young and working-class voters, does not require candidates to have decades of flawless political service to feel truly seen and represented. All it takes is accountability for past mistakes; an honest commitment to key issues that will disproportionately affect young people, such as climate change; and humility in courting key allies, such as the Sunrise Movement. Building enthusiasm and trust among voter groups is a two-way street, but as evidenced by the Markey campaign, it can truly prove invaluable in a tight race. 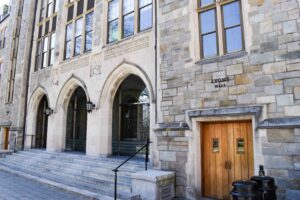