After teasing its return over Twitter in June, K-Pop group BLACKPINK is back with two chart-topping hits. “Ice Cream,” the latest single off its forthcoming album, The Album, is the group’s highest-ranking release yet. Featuring Selena Gomez, this bubblegum pop song with a correspondingly sweet music video is a great start to BLACKPINK’s official comeback.

As the first few beats of the 808 drum hit, viewers are instantly transported into a vibrant candy colored world, reminiscent of the one created by Taylor Swift in her “ME!” music video. Full of pastel color changes and high waisted shorts, the dreamlike ’80s summer vibe of the set perfectly matches the carefree lyrics of the song.

The chart-topping group and Gomez sing about snow cones, Free Willy, and “jeans like Billie,” further emphasizing the retro influences of the song and its music video. At one point in the video, Gomez sports a red bandanna and hairstyle similar to that of Rosie the Riveter. An icon for working women during World War II, Rosie was repopularized in the 1980s.

The video takes a journey from gingerbread-style houses to a cherry wonderland, and finally to an ice cream themed inflatable house. Each of these mini-worlds within the candyland of the “Ice Cream” music video are enhanced by BLACKPINK’s sweet voices and iconic dance routines. The girls “look so good, look so sweet” as they dance in front of the gingerbread-style houses, singing about how they melt their cool exterior only for the one person who knows they are worth it.

The video is complete with adorable outfits sported by the girls to match each little world, and of course, delectable ice cream cones in almost every frame.

“Ice Cream” represents a change in style for the first K-pop group to perform at Coachella, a change that paid off. The single’s sweet video promises a taste of what’s to come for BLACKPINK.

selena gomez blackpink
Amid Controversy, ‘Mulan’ Remake Premiers on Disney+
Marilyn Manson Wrestles With Death on ‘WE ARE CHAOS’ 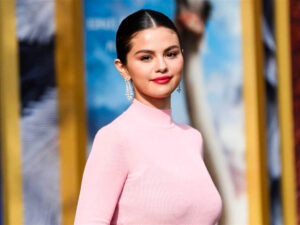 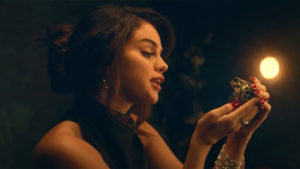 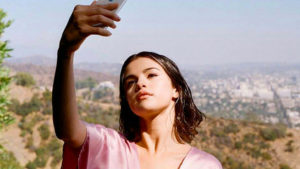