Home » Marilyn Manson Wrestles With Death on ‘WE ARE CHAOS’ 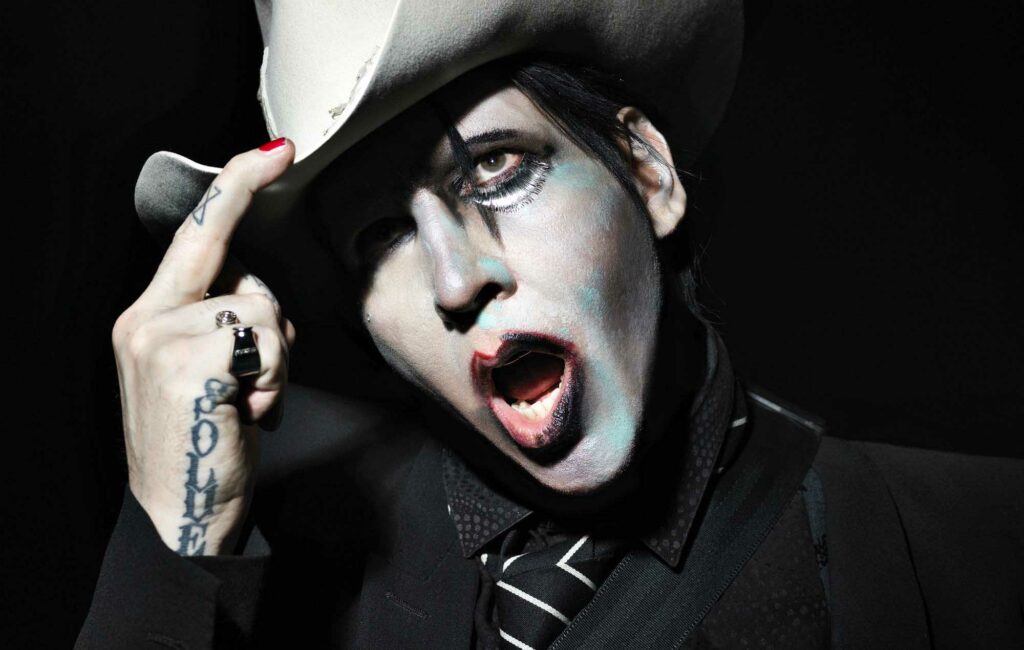 Marilyn Manson Wrestles With Death on ‘WE ARE CHAOS’

In a year that has been full of chaos, Marilyn Manson decided to add some of his own to the mix, releasing his 11th studio album We Are Chaos on Friday. On this record, the goth-rocker grapples with ideas such as the passage of time and the inevitability of death, while also toying with a few new sounds that might be slightly foreign to longtime fans of Manson. Shooter Jennings, a country singer-songwriter, helped write some of the lyrics and co-produced the entire project alongside Manson. Jennings’ country background is clearly heard through the simple chord progressions and acoustic guitars that take center stage throughout the album. On his first LP since Heaven Upside Down was released in 2017, Manson mixes vicious, distorted electric guitar riffs and growling vocals on tracks like “Perfume” with more mellow piano and acoustic guitar based tracks like “Paint You with My Love” and “Broken Needle.”

“Red Black and Blue,” the first song on the album, starts out with a spoken word intro from Manson in which he declares, “Now I’m a bee, the king bee / And I will destroy every flower / And I will cover the earth in honey / And everyone will eat themselves.” While this is certainly an unconventional way to introduce his new project, Manson introduces a theme that will continue to resurface through the rest of the album: the destructive nature of human behavior. The rest of the song is driven by distorted guitars and heavy drums accompanied by Manson’s screeching vocals.

The title track and first single of the album, “We Are Chaos” has Manson questioning whether or not he is a “mystery” and eventually coming to the conclusion, “We are chaos, we can’t be cured.” Although it isn’t clear who exactly he is referring to, this line seems to answer at least some of the questions that Marilyn Manson expounds on in his new record. The use of acoustic guitar in the verses and chorus-driving synths allow Manson to deliver a somewhat new twist on his goth-rock sound.

“Don’t Chase the Dead” is one of the more intriguing songs on the project. It not only contains glam-rock elements that are evocative of David Bowie, it also showcases an almost sentimental and sorrowful side of Manson that he doesn’t typically reveal in his music. In the third song on this LP, he warns against chasing the dead or else “they’ll end up chasing you,” and eventually he concludes the chorus with more cliché, declaring, “If tonight lasts forever / It won’t matter if there’s no tomorrow.”

“Infinite Darkness” and “Perfume” both feature Manson’s trademark growling vocals and heavy, distorted power chords. The lyrics of “Infinite Darkness” suggest the story of an antihero who doesn’t see eye to eye with the rest of society. Manson proclaims, “Someone’s gonna die soon / Don’t get in the way / You’re not the hero” and criticizes fame, claiming “Just ‘cause you’re famous doesn’t mean you’re worth anything / In this world or the next one or the one before.” These lines showcase the aggressive and dark point of view that Manson takes in this song, and they add more punch to the one line of the chorus’ singular, repeated line: “You’re dead longer than you’re alive.”

“Perfume” starts off with Manson’s layered vocals growling, “Get behind me, Satan,” which sets the tone for the rest of the track. The imagery Manson utilizes is harrowing and hellish and, combined with the music, conveys a sense of doom and gloom to the listener. “Perfume” could be characterized as a more prototypical Marilyn Manson song, and it too further illustrates his fascination with death and hell on this LP.

The conclusion to We Are Chaos, “Broken Needle,” features a lonely-sounding acoustic guitar. Manson compares himself to a broken needle on a record player. “Scratch you up / Then I’ll put you away,” Manson sings, suggesting that Manson inevitably hurts anyone he is in a relationship with. In the outro, the line “I’ll never ever play you again” is repeated over and over, and it seems that Manson’s final message to his listeners is about the finality of death.

Throughout We Are Chaos, Manson takes an introspective, and at times emotional, look at death and the mystery and certainty that accompany it. He has wrestled with it throughout the album, and by the end of his latest project, it seems that he’s finally come to terms with it.