Keith Urban Returns With ‘THE SPEED OF NOW Part 1’

Keith Urban returned to the country music scene with a flourish with the release of his new album, The Speed of Now Part 1, and as is his custom, the New Zealand-born superstar continues to stretch the boundaries of modern country music. He mixes classic acoustic guitars with pop and hip-hop elements. At the same time, Urban remains faithful to quintessential country imagery and explores the themes of love, both found and lost, and the benefits of living in the present.

The first track, titled “Out the Cage,” immediately establishes that Urban intends on blending traditional country elements with more modern styles, following the trend of the country music industry as a whole. It is one of the more energetic songs, and it is driven by a banjo and acoustic guitar, but gives way to synths and hip-hop-inspired beats. The effects of a possible coronavirus-related quarantine reveal themselves in the lyrics “Been trapped in here quite a while / Wonder if I’ll make it out / I miss my friends, I miss the sky / Feel like I just live to die.” Like so many other artists, Urban shows he was affected by lockdown, but he still finds a creative outlet to remedy it. The more upbeat lyrics of the chorus, such as, “In my mind’s eye / Lies the key that’ll open the door / You can’t break me / There’s a new day comin’,” coupled with the driving and powerful production, provide a fast start to Urban’s new record.

“Live With” is one of the more prototypical country songs on the album, and it also hints strongly at what exactly Urban means by the speed of now. Simple acoustic guitar in the verses and fuller-sounding electric guitars that enter later contribute to an earworm of a chorus that’s full of fun, cheap rhymes. Urban wishes for simple things such as “some friends I can sip with, take a fifth with” and “a girl I can kiss through the thin and the thick with.” The chorus culminates in a simple and so-very-country message: “With the one life I get / I want a life I can live / Not just a life I can live with.” In “Live With,” Urban stays comfortably within the boundaries of pop-country and provides the listener with a catchy song and an inspiring message.

The fourth track, “Superman,” reminisces about a love gone wrong, but it highlights the good memories of the relationship. Urban keeps “thinkin’ ’bout that summer, South Daytona Beach” and longs for “one more sleepless night, tangled up between your sheets.” While he doesn’t see this dream fulfilled, he can’t forget the way that he felt. Accompanied by an explosive electric guitar and drum-driven chorus, Urban remembers, “When I was with you, baby, I was Superman / Yeah, we were sky high, there was nothing better / When I was with you, grabbin’ that live wire / We were Johnny and June in a ‘Ring of Fire.’” Much like “Live With,” Urban doesn’t toy much with the formula of a pop-country song, although he does add in a slide guitar and guitar solo to appease more traditional country music fans.

It wouldn’t be a country album, or a Keith Urban album for that matter, without a few unapologetic love songs, and The Speed of Now Part 1 has its fair share. Songs such as “Ain’t It Like a Woman,” “With You,” and “God Whispered Your Name” explore the very country trope of a man struggling to find his way in life until he meets the woman who changes it all. “Ain’t It Like a Woman” is a piano ballad infused with trap hi-hats and claps and soulful electric guitar in which Urban croons, “Ain’t it like a woman / To come along and save a man?.” “God Whispered Your Name” features an acoustic guitar played with both hammer-ons and slides, staples of country music, and sees Urban saved by an act of God when a woman comes into his life and “love (comes) out of the rain.”

“Soul Food” is an interesting take on a fulfilling relationship in which Urban compares a woman’s love to soul food. Regardless of the nights he spends away from her, Urban says, “You leave my heart so satisfied / Your love tastes sweeter, every bite / You’re so good / You’re my soul food.” These lyrics, accompanied by a sugary-sounding acoustic guitar and Urban’s syrupy vocals, provide yet another earworm.

The Speed of Now Part 1 showcases Urban’s pop and country sides, and with both fast-paced tracks such as “Tumbleweed” and more emotional ones such as “Better Than I Am,” Urban illustrates just how skillful he is at writing purposeful lyrics and delivering them in delightful and memorable ways. While fans of traditional country may be left wanting more, pop-country devotees will be more than satisfied with Urban’s latest project. 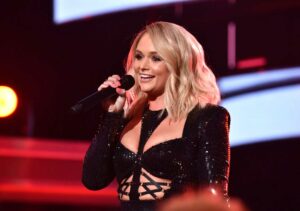 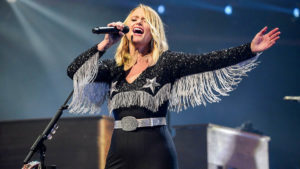 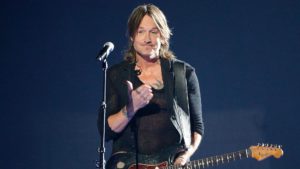