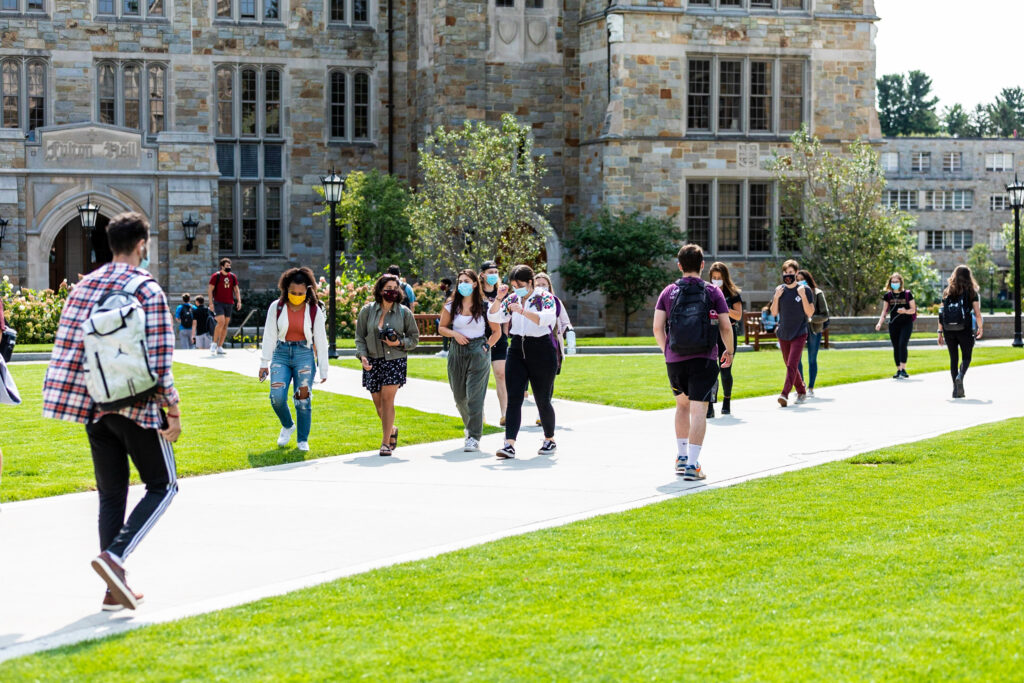 The University reported lower rates—.06 percent and .09 percent, respectively—during the two weeks of entry testing of returning students, faculty, and staff prior to the start of the semester.

BC also adjusted its guest policy this week, restricting the number of allowed guests to one in traditional-style rooms and two in apartments and suites. Previously, students could have one guest for each resident currently in the room, which could reach up to 18 students at a time in nine-person suites.

The University said in the initial announcement of the policy that it was based on infection data. Associate Vice President of Residential Life George Arey and Dean of Student Conduct Corey Kelly said in a follow-up email to students Friday that the decision came after discussions with state and local officials concerned about the number of cases at BC and other Boston area colleges this semester, along with the recent rise in cases in Boston and Massachusetts.

“The policy also aligns us more closely with area colleges and universities, most of which have had ‘no guest’ policies in their residence halls since the start of the semester,” the email reads. “Given the evolving nature of the pandemic, we hope that we can revisit this policy when the numbers improve throughout the region.”

boston college COVID-19
Newton to Re-Evaluate City Seal
Not Just a Statistic: the Impact of Low Diversity at BC