Home » LANY Gets Lost in Sentimentality on ‘mama’s boy’ 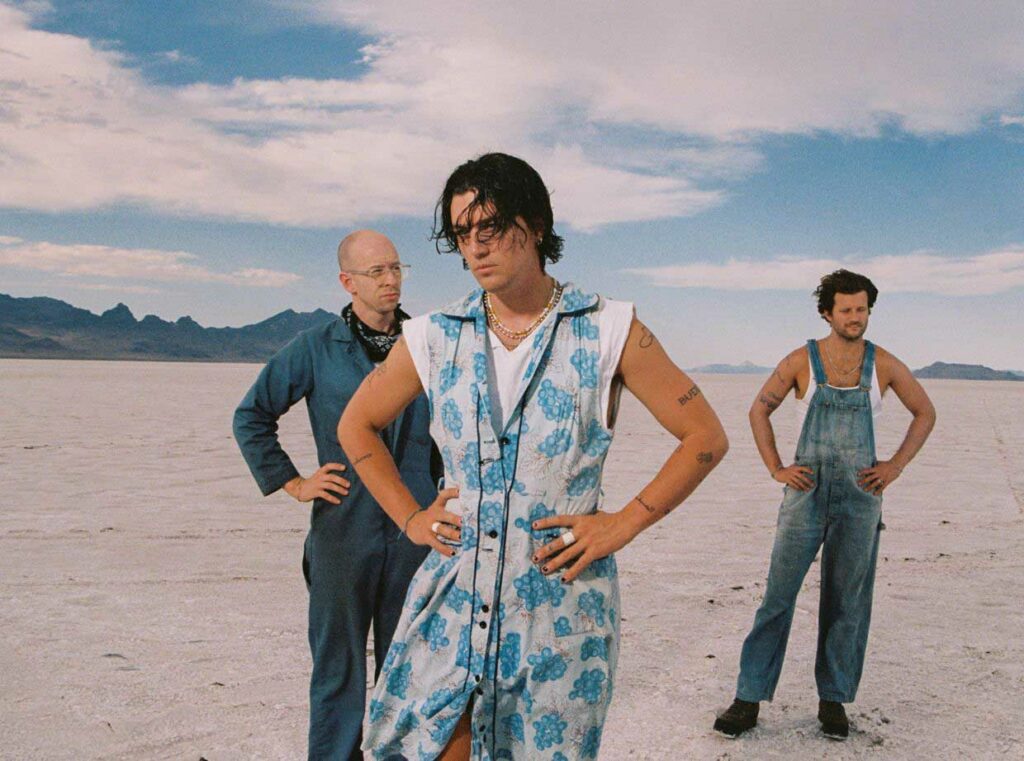 LANY Gets Lost in Sentimentality on ‘mama’s boy’

Alt-pop band LANY’s name is an acronym paying homage to Los Angeles and New York, and its slick sound might easily dupe listeners into thinking the band hails from one of the two cities. On its newest album mama’s boy, though, LANY explores its distinct Southern roots.

The trio—frontman Paul Klein, drummer Jake Goss, and guitarist Les Priest—released Mama’s Boy, its third studio album, on Friday. It features 14 tracks and promises a type of homebody’s introspection that’s often missing from the glitz of the L.A. music scene.

The concept is solid, great even. The album art—a neon cowboy sign with a beautiful desert sunset background—is equal parts beautiful and intriguing, and the album’s theme is clear: How do you reconcile growing up in a new city and staying true to the values of the hometown you left behind?

The question is emotionally heavy and not easily answerable. Unfortunately, LANY’s dive into its members’ pasts isn’t entirely successful. mama’s boy is fairly monotonous, and its tracks mostly consist of vague lyrics and storylines and simple melodies that don’t do much to drive the album forward.

The second track on mama’s boy, “cowboy in LA,” is a perfect example. Klein croons, “I’ll hold your hand, I’ll hold the door / ‘Cause that’s how I was raised / Yeah, all the other boys in town / All look and talk the same / But I got a different kind of heart / I’m a cowboy / A cowboy in L.A.”

The lines get muddled in a plucking guitar melody, and they don’t really look into the contradiction between the Southern cowboy and L.A. resident. Instead, listeners are fed this empty image of two people “square dancin’ under the moon,” giving the impression that the band feels an overwhelming sense of superiority by being different from other L.A. guys.

LANY isn’t wrong—the contradiction is there. In cities like Los Angeles, New York, even Boston, there are throngs of young people trying to find themselves in a place that’s so different from where they came from. And yet, the band isn’t able to articulate the beauty in that paradox, as hard as it’s trying.

This same fish-out-of-water trope is repeated in “good guys.” Klein sings, “I just wanna give you everything / Show you I’m a Southern gentleman / All I wanna do is let you in / But good guys, good guys never win.”

Though “good guys” leans a bit more pop and features a couple more interesting melodies than “cowboy in LA,” the overall effect is the same. The lyricism that LANY presents in these tracks and others smacks of a contrived country-pop aesthetic. Colloquially speaking, LANY seems to suffer from a “not like other girls” mentality—it presents its struggles and musings as something that elevates it from the masses. There’s a missing sense of connection to the broader world.

Besides the overly sentimental and self-important storylines in some of the tracks, LANY’s attempt to blend country and pop also falls short. Many of the tracks on mama’s boy end up sounding like a bland guitar-heavy pop rock that can only be described as Christian-rock-esque. If you replaced any of the lyrics to “(what i wish just one person would say to me)” or “if this is the last time” with a worship hymn, you could sing it in St. Ignatius Church on Sundays.

All that being said, mama’s boy isn’t a complete wash. The few scattered tracks where the band gets a bit more experimental stand out on the album. The opening track, “you!,” features corny lyrics, but the addition of a children’s choir over an expansive electronic sound gives it an exceptionally sincere aura.

The same is true for “sad.” It features an amazing synth line that bathes the listener in sound. Klein sings about a broken relationship and the petty things exes do to get back at one another. Honesty and drama thrive in “sad”—there’s no conceit, just vulnerability.

The closing track, “nobody else,” is a simple one with acoustic guitar that builds to a piano and horn chorus. The song feels the most country on mama’s boy, and it doesn’t have the feeling of confused identity that many of the other tracks do. Klein softly asks, “Would you lend a hand to me if I needed help? / Would you keep me company when I’m by myself? / And if heaven doesn’t want us, would you go with me to hell? / Hope you know I don’t want nobody else.” Simple, sincere, and strangely comforting, mama’s boy holds its listeners close, then sends them on their way to reflect on these same questions.

If mama’s boy communicates anything, it’s that growing, aging, and losing that sense of childhood is all at once strange, painful, and beautiful. Though LANY struggles to find a sonically unique and sincere conclusion to its musings on the past, there’s something to be said for its posing the idea in the first place. While the band’s bread and butter for the past five years has been painfully accurate relationship songs and shiny, slick L.A. alt-pop, mama’s boy, at the very least, is proof of the band’s attempt to make more personal music going forward.

As to whether or not LANY can learn to overcome self-importance in favor of vulnerability and sincerity, only time will tell.