For all the lambs out there who have been eagerly waiting for Mariah Carey’s compilation album, the wait is over—and as usual, she does not disappoint.

Mimi is back and better than ever with her renaissance album, The Rarities, a selection of songs that had never been officially released. And just when 2020 seemed destined to be the worst year of the 21st century, Carey comes along with her five-octave, uplifting, sensual voice.

The Rarities begins with “Here We Go Around Again,” an upbeat anthem about a young girl who cannot seem to get over her come-and-go man. Carey sings in such an ironically happy-yet-frustrated voice, “First you leave me / Then you keep me / Waiting around until you come back again.” Every song tells a story, and this one is reminiscent of how Carey describes her first marriage to music executive Tommy Mottola in her recently published memoir The Meaning of Mariah Carey. “The end of that was iffy,” Carey says at the end of the song, humorously summing up the finale of the unhealthy relationship.

The album evolves along with the protagonist of the songs, a young woman who learns about herself and experiences the highs and lows of being in relationships. By the end, she finds her own strength and independence.

The second track, “Can You Hear Me,” is a ballad about the fear of a relationship fizzling out. Perhaps there’s more to that song, though, than just relationship troubles. When she repeats “Can you hear me?,” Carey could be alluding to her difficult and unstable childhood, which she details in her memoir. The five-time Grammy Award winner sat down with CBS This Morning’s Gayle King and discussed her childhood, describing herself as “the little girl who never felt seen or heard.” She details struggles with her biracial identity, her reputation as a diva, and her two marriages. Yet, despite the calm and composed demeanor she has always presented, it is clear that her life was not always milk and honey. Carey bares her soul in “Can You Hear me.”

The standout song of the album, however, is the 1993 record “Do You Think of Me,” which is a masterpiece. Carey’s smooth, near-whistle voice is perfect in this R&B track. The song starts off with Carey in a dreamlike trance, eventually rising to a crescendo as she harmonizes with backup singers. This is the perfect song for those cuffing season playlists. Carey asks, “When the nights are dark and cold / Do you think of me, do you think of me.” Carey, the queen of songwriting, knows what she’s doing with “Do You Think of Me,” a perfectly crafted love song.

The rest of the album contains upbeat rhythms that match the upward trajectory of Carey’s bildungsroman. After enduring a rough childhood and unsatisfying relationships (including two marriages), she experiences the happiness of being blessed with two beautiful children. “All I Live For,” “Loverboy,” and “Cool On You”—a song reminiscent of the Jermaine Dupri-produced album The Emancipation of Mimi—set an optimistic tone.

Of course, there are struggles that come with being single and self-sufficient, and Carey addresses this with “Out Here On My Own.” Think a combination of “Hero” from Carey’s 1993 album Music Box and “When You Believe,” a duet Carey sang with Whitney Houston in 1998.

Let’s not forget the hotly anticipated feature of Lauryn Hill in “Save the Day,” a song recorded this year. Even though Hill is in the background, the song has that Fugees’ “Killing Me Softly” signature to it.
The Rarities ends with a second disc that features live songs from Carey’s concert at the Tokyo Dome in 1996. Yet again, Carey proves that she should never be underestimated as a songwriter and artist. With The Rarities, Carey reminds us of how far she’s come, and that her story isn’t over yet.

mariah carey
‘American Murder: The Family Next Door’ is Chillingly Eerie
LANY Gets Lost in Sentimentality on ‘mama’s boy’ 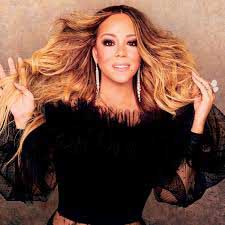