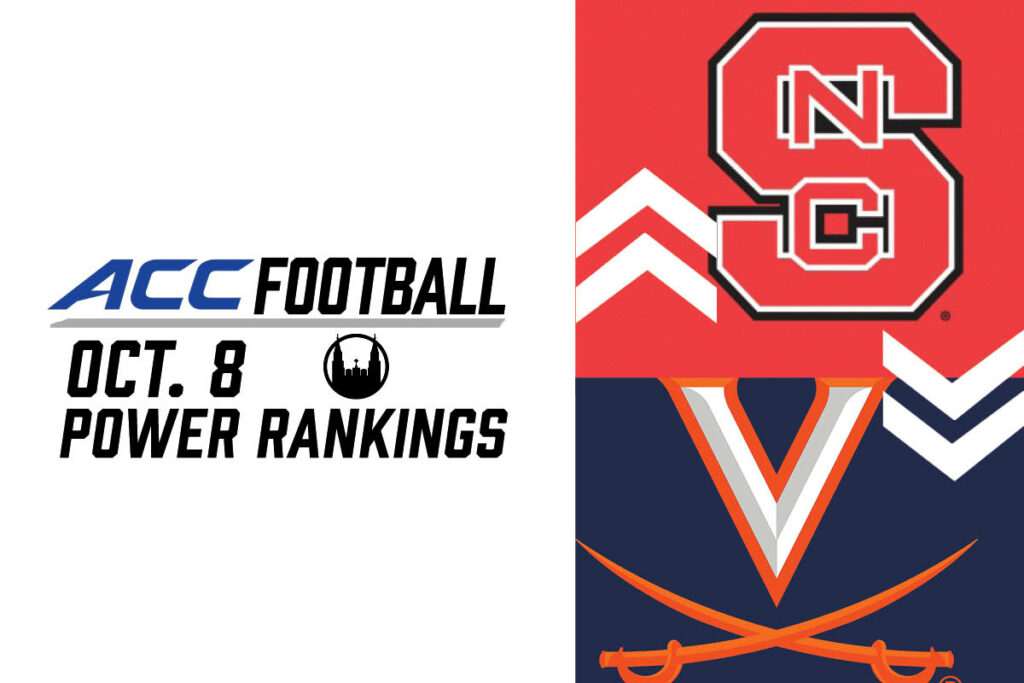 After a weekend full of action, the ACC is in midseason form. In the most anticipated game this week, Miami travels to Death Valley to face off against the Clemson Tigers, and along with the battle of the no-loss teams comes ESPN’s College GameDay. Notre Dame returns to the playing field after a brief hiatus, and teams such as Pittsburgh and Boston College look to rebound after heartbreaking losses.

Five ACC teams remain in the AP Top 25: Clemson at No.1, Notre Dame at No. 5, Miami at No. 7, North Carolina at No. 8, and Virginia Tech at No. 19. With 14 of the 15 ACC teams facing off against each other this week, college football fans should expect plenty of excitement coming from the conference.

Coming off a solid win against Virginia, the Tigers continue to show that they are the cream of the crop in the ACC. Heisman Trophy favorite Trevor Lawrence threw for three touchdowns in the matchup, and star running back Travis Etienne and receiver Amari Rodgers added plenty of support. This week at Death Valley, Dabo Swinney’s squad will face its toughest test yet as the Tigers host the undefeated Miami Hurricanes.

Following a bye week due to the increase of COVID-19 cases in South Bend, the Fighting Irish will be playing their first game in three weeks. Although we don’t know much about their team dynamic yet, head coach Brian Kelly and returning quarterback Ian Book are a formidable pair. In Notre Dame’s most recent game against South Florida, the Irish defensive line was a force to be reckoned with, and it will try to be the same against the Seminoles, who are winless in the ACC.

Head coach Manny Diaz and star quarterback D’Eriq King will lead the Hurricanes to Death Valley after a week of rest. And they’ll take all they can get, as the Hurricanes take on national runners-up and undefeated perennial power Clemson. A matchup with the Tigers will be an acid test for Miami, but the ’Canes’ high-powered offense has been nothing but dominant.

As BC fans saw first hand last week, the UNC offense is led by Heisman-hopeful quarterback Sam Howell and an immovable defensive front four controls the line of scrimmage. As a result, UNC moved up four spots in the AP Poll. Talent is in no short supply for the Heels, but a win against Virginia Tech this week would further establish them as a national power.

The Hokies travel to Chapel Hill in a battle of the unbeatens this week. Although their starting quarterback Hendon Hooker has yet to play a game this year due to COVID-19 protocols, head coach Justin Fuente said he was very pleased with the team’s performance against Duke last week and hopes their momentum will continue in their upcoming game against the Tar Heels.

Following a last-minute win against powerhouse—and previously AP-ranked—Pitt, the Wolfpack jumped four spots in this week’s power rankings. Now, NC State will travel to Charlottesville to face the Cavaliers this week. The Pack is led by quarterback Devin Leary, who threw for an impressive 336 yards and four touchdowns last week.

The Panthers travel to Chestnut Hill for their first road game of the year following a tough one-point loss to NC State. Loss and all, quarterback Kenny Pickett played an outstanding game, throwing for 411 yards and three touchdowns. Pitt also possesses a speedy and tenacious defense, heavily influenced by head coach Pat Narduzzi.

Next up: at Boston College, Saturday, 4 p.m.

Coming off a heartbreaking but encouraging loss against the Tar Heels, the Eagles are hoping to resume their winning ways and continue the growth of their program. Hunter Long and Zay Flowers combined for a total of 17 catches against UNC, and they will likely be key weapons this week. Quarterback Phil Jurkovec is from the Pittsburgh area, and head coach Jeff Hafley was an assistant coach at Pitt for five years, making this game extra important for them.

After a double-digit loss to top-ranked Clemson, the Cavaliers look to tackle the Wolfpack at home. Virginia will look for a big game from quarterback Brennan Armstrong, who threw for a total of three touchdowns and 270 yards against the daunting Tigers.

After a much-needed week of rest following a beatdown at the hands of Miami, the Cardinals will look to get into the “W” column against Georgia Tech on Friday Night. They suffered two disappointing losses against Miami and Pitt and will rely on quarterback Malik Cunningham to step up and carry the team to a win.

Following flat performances in weeks one and two, Syracuse was finally able to show signs of life in a dominant win over Georgia Tech. This upcoming week, head coach Dino Babers and the Orange will host the Blue Devils in a battle of two teams desperate for a win.

Coming off from a bye week, the Yellow Jackets will host Louisville in a rare Friday night tilt. Both teams have a record of 1-2 and are hoping to put on a show for their ESPN audience.

The Seminoles narrowly edged out FCS foe Jacksonville State last week and now face a stern test from the highly ranked Irish. Coach Mike Norvell, recovering from a COVID-19 diagnosis, hopes to return to the sidelines and lead FSU to an upset.

The Demon Deacons notched their first victory of the season against FCS opponent Campbell last weekend, winning 66-14. They will enjoy a week’s rest before resuming their ACC slate the following week.

Next up: Bye Week

Once again at the bottom of the barrel, the Blue Devils are looking for their first win this season against the Orange on Saturday. To come away with the victory, they will need former Clemson quarterback and transfer Chase Brice to move their offense for four full quarters. 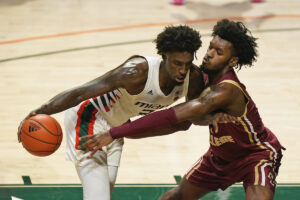