Since the onset of the pandemic in early March, one in five local restaurants in Newton have closed, according to President of the Newton-Needham Regional Chamber Greg Reibman. Four Newton restaurants spoke at the Newton City Council Committee of the Whole Meeting to express how the City of Newton can better support its local restaurants on Oct. 4.

Karen Masterson, owner of Johnny’s Luncheonette, said that she shared suggestions for outdoor dining to the city in an email on April 14.

“Since the end of March, it has been an incredibly devastating experience, and it has been multiplied by the lack of care, and concern, and attention by the city,” Masterson said.

Other restaurants expressed concern for the coming winter, as the window for outdoor seating is coming to a close. Seana Gaherin, owner of Dunn-Gaherin’s Food and Spirits, said that her guests are not comfortable sitting indoors and that this will be a problem during the winter months.

“It is so incredibly important that we have support from the government, and right now, I just feel like we have not had direct lines of communication or good response times,” Gaherin said.

Reibam said that loans were provided to 51 percent of local businesses in Newton under the Paycheck Protection Program. Jersey barriers for outdoor seating have also been provided to restaurants by the city.

Other towns in Massachusetts have constructed parklets and other areas for outdoor seating, or provided restaurants with grants for outdoor heaters in preparation for the fall and winter months.

Molyna Richards, executive director of the Waltham Chamber of Commerce, discussed how Waltham closed down a commercial street to automobile traffic in June, converting the road into space for outdoor dining.

This innovative plan has allowed for a reimagining of urban space in Waltham and has increased profits for restaurants in the area, Richards said. She also said that since the changes were made in June, restaurants have been given the opportunity to personalize their allotted outdoor space, creating a vibrant and unique area that has attracted tourists from across the state.

Newton City Councilor Holly Ryan said that she went to Mayor Ruthanne Fuller in April asking to close streets, as Waltham had done, and the mayor told her that this was not an option. Ryan said that she has a background in the food industry, including owning two restaurants and working as a chef and

“We are going to lose the character of this city. And once again, our restaurants need our help,” Ryan said. “I know what it is like to be in this business for years. I know how hard of a business this is.”

Remon Karian, owner of Fiorella’s in Newton and Concord, said that the creative plans of other cities have indirectly harmed Newton restaurants, who have lost much of their customer base to restaurants in cities that have proper accommodations.

Karain also owns businesses in other cities, such as Concord and Wellesley. Concord was willing to give checks to businesses to reimburse them for a portion of their liquor license fees, he said.

“What frustrates us is that these things are happening in other communities,” Reibam said. 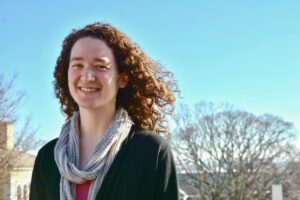