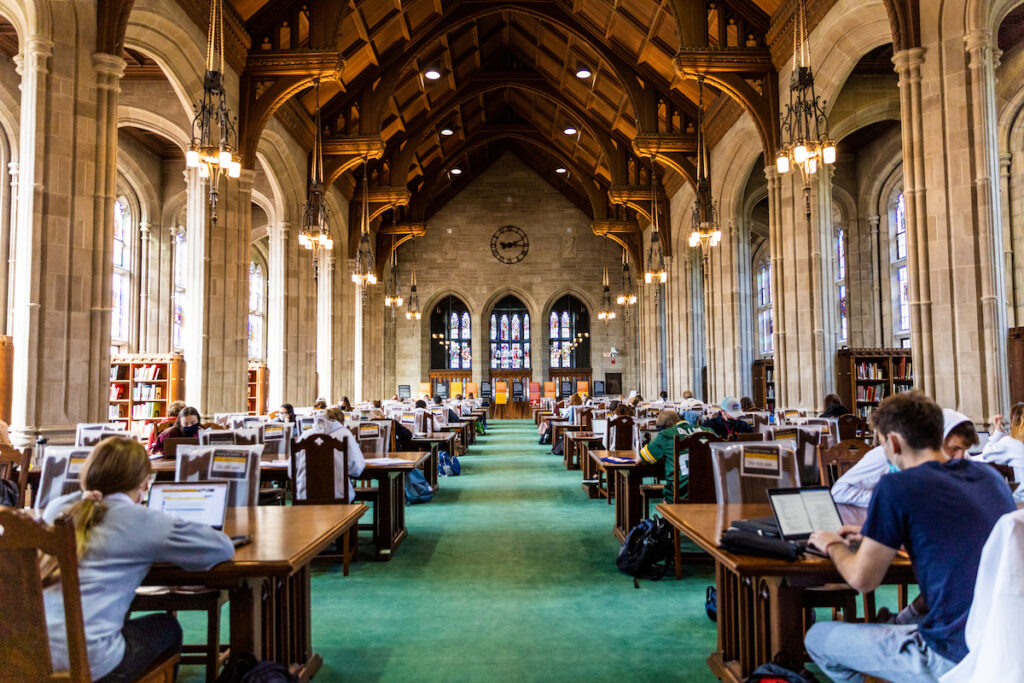 For Kelly Riddle, BC ’14, the best part of working on Capitol Hill is seeing her work turned into actual legislation. Riddle saw the Building Blocks of STEM Act that herself and Senator Jacky Rosen worked on actually signed into law, encouraging the involvement of girls and students of color and prioritizing STEM education.

Four Boston College alumni shared their insights about working on Capitol Hill alongside Congressional representatives in a virtual panel on Oct. 6.

Stephanie Palencia, BC ’16, is the Policy and Special Projects Coordinator for the Congressional Hispanic Caucus, an organization of Democratic members of the U.S. Congress of Hispanic descent. When she transferred to BC, Palencia juggled multiple jobs while dancing for Vida de Intensa Pasión, a BC Latin dance team. Palencia said time management in college helped her with adjusting to life in Congress.

Congress is not the most flexible work environment, said Riddle. She said it was a challenge to find new ways to communicate during the pandemic. Riddle’s legislative specialization is energy policy, she said, but much of what they were working on was halted because of the virus.

“The Senate was trying to do an energy package,” Riddle said. “There’s supposed to be this bipartisan package… But clearly, everything goes off the rails when we’re dealing with pandemic”

Rebecca Card, the deputy chief of staff for Congressman Bob Latta and BC ’14, described her favorite part of the job, as well as the frustration that comes with working in a very partisan political arena.

“The best part about the job, in my opinion, is getting to be involved in solutions that impact people’s everyday lives,” Card said. “Being in the room with your boss as they’re trying to navigate how to vote, how to communicate an issue, how to take a problem that a constituent recently shared with them and turn it into an action that will be tangible, this is my favorite part of the job. My least favorite part of the job is the partisan gridlock that happens, both in the Senate and in the House.”

Ricardo Sánchez, communications director for Congresswomen Ayanna Pressley and BC ’14, stressed the advantages of a well-rounded sampling of different fields in politics before making a decision about where to work.

“I would just encourage folks if you’re thinking about working on the hill … generally to try out, you know, all the different [areas],” Sanchez said. “Work on campaigns, work for a nonprofit or doing advocacy, try an internship in a government office, give yourself that well rounded experience before you decide.”

Correction: This article previously stated that Palencia belonged to Fuego del Corazon dance team, when she actually belonged to Vida de Intensa Pasión. The article has been amended to correct this mistake.