Living up to its idealistic portrayal of politics, Emmy-award winning series The West Wing returned for a special staged reading on HBO Max on Thursday to benefit the nonprofit When We All Vote. The organization is dedicated to encouraging Americans to vote.

The show opened with a brief monologue from Bradley Whitford, who played Josh Lyman. He acknowledged that audiences may not want to hear advice from a bunch of actors, but stated that the “risk of appearing obnoxious is too small a reason to stay quiet if we can get even one new voter to vote.”

The special consisted of a staged reading of an episode from season 3 of the show, “Hartsfield’s Landing,” which focuses on a fictional small town in New Hampshire that votes before the rest of the state and has accurately predicted the outcome of every election since the election of William Howard Taft. The original cast reprised their roles, with Martin Sheen as Jed Bartlet, Whitford as Lyman, Richard Schiff as Toby Ziegler, Rob Lowe as Sam Seaborn, Allison Janney as C.J. Cregg, Dulé Hill as Charlie Young, and Janel Moloney as Donna Moss. Whitford choked back tears as he mentioned the death of John Spencer, who played Leo McGarry and died during the seventh and final season of the show. Sterling K. Brown (This is Us) stepped in to play Leo (and was jokingly told he was doing an “adequate job” by Dulé Hill during one segment of the show).

The cast, though noticeably older than when the series was airing, still had the same charm that made the characters in the original series so lovable. The witty banter and characteristic humor of the show were still very much apparent in the staged reading, even while the episode deals with more serious issues. The series’ signature long shots and inventive camera angles makes an appearance in the special—the staged reading makes use of multiple cameras to mimic the feel of the original series.

In the episode, the Bartlet Administration must handle China’s anger as Taiwan holds its first free elections. A parallel is drawn between Taiwan’s first steps toward democracy and the long history of Hartsfield’s Landing. While emphasizing to Lyman the importance of the election and of every vote, Cregg tells him that Hartsfield’s Landing is a reminder “ … that freedom is the glory of God, that democracy is its birthright, and that our vote matters.” The episode demonstrates how lucky Americans are to be able to have a say in their own government without fear of retribution, and just how important each and every vote is in an election.

Throughout the special, cast members and special guests speak about the importance of voting and corrected misconceptions about certain kinds of votes. The first guest was Michelle Obama, who simply sent a message to all viewers encouraging them to vote. Next, Elisabeth Moss and Dulé Hill, the actors who played the youngest characters in the show, spoke directly to younger voters about the importance of civic participation. Next, the legendary Samuel L. Jackson stressed that everyone must vote in this election, for the current reality of the United States—with science being mocked and politicized, a nation of immigrants being told to fear immigrants, and people being constantly brutalized—needs to be changed. He pointed out that all Americans know America is better than that.

Marlee Matlin, who played Joey Lucas on the show, joined Whitford to discuss misconceptions about mail-in voting. They explained that voting by mail-in ballot is safe and secure, and encouraged those voting by mail to do so early. They said out of over 250 million mail-in ballots that have been sent in the past 20 years, there have only been 143 instances of voter fraud. There are also intense security protections in each state and county to ensure that votes are legitimate, so voters can rest assured that mail-in voting is safe.

The next special guest was Lin-Manuel Miranda, whose entire monologue was a self-deprecating joke about his deep desire to have been a part of The West Wing, with even award-winning Hamilton not being enough to satisfy that wish. He asked the audience to remember that candidates are not the ones who declare themselves the winner, and to not be swayed by speculation or misinformation. Some may say that when votes take a long time to count, something fishy is going on. Miranda explained that because of the coronavirus pandemic, there are a record number of mail-in ballots that will take longer to count, and therefore the result may not be announced for a few days—a delay shows that every single vote is being carefully counted and that every vote matters.

Next, former-president Bill Clinton detailed the history of voting rights in the United States and pointed out the landmark status of the Voting Rights Act of 1965. But, because the Voting Rights Act was gutted in 2013, allowing jurisdictions with a history of racial discrimination to pass new voting laws without oversight from the federal government, many states have again made it more difficult to vote.

“If your vote really doesn’t matter, why are people working so very hard to make sure you don’t cast it? Because it does matter,” Clinton said.

In a similar vein, Brown and Hill spoke directly to young Black voters. They declared that this is no time to tune out current events—instead, it is time to turn out and vote in order to make politicians care about the issues that matter most, especially those that concern the lives of people of color in the United States.

This special staged reading of “Hartsfield’s Landing” from The West Wing comes at a very pivotal moment in American history. Americans are incredibly lucky to have the opportunity to have a say in their government, and the cast of The West Wing and their special guests made it clear that this privilege is something for which all should be grateful. As Moss and Hill said, “If you don’t choose, someone else will choose for you.” 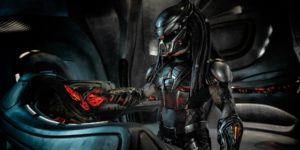