For anyone with any sort of platform, furthering social justice initiatives is essential. In a year with the COVID-19 pandemic, a devastated economy, or a highly contentious presidential election, perhaps what stands out most from the start of this decade is the need for social justice. After the horrific deaths of George Floyd, Breonna Taylor, and countless others, the Black Lives Matter movement and the demand for change is more prominent than ever. From social media campaigns to marches, finding platforms for protest is vital. Athletes have often acted on a particularly effective platform, as televised games have become more than mere competition, but opportunities to encourage equality.

At Boston College, such initiatives within athletics are strong. The football team is wearing “EQUALITY” stickers on their helmets and have placed banners that read “Eagles for Equality” and “Unite” over the empty seats of Alumni Stadium. They continue to remain inside the locker rooms while the national anthem plays before games.

All teams should use their platforms in such a way, but the question is how exactly athletes should proceed. Should individual players and teams be the ones to decide what supporting the cause looks like, or should leagues and conferences encourage unity across the board?

By Frank Fishman, For The Heights

Having the players and teams hold the right to choose how they want to promote social justice is the best way for athletes to use their platforms to combat racism and inequality. Giving athletes the freedom to choose how they show support allows each player or team to adopt a unique approach and not have to just conform or abide by a general policy, thus making it more personally meaningful.

When Clemson took on Virginia in a rematch of the 2019 ACC Championship Game on Oct. 3, many of the Tigers donned social justice messages on their jerseys during warmups. The last names typically on the back of the jerseys were replaced with phrases like Equality, Peace, Love, Together, Unity, Enough, and Vote.

Clemson players were not required to do this. The ACC and NCAA did not mandate it, and Clemson head coach Dabo Swinney even disagreed with it, according to a story from The Washington Post. Even so, some of the Tigers used their prominence as members of the No. 1 team in college football—and their platform of 4.6 million viewers—for something bigger than the game.

Clemson players followed the example set forth by professional teams. After the NBA season resumed, commissioner Adam Silver permitted players to wear messages of social justice on the back of their jerseys. Some stars, such as LeBron James, elected not to, but many did take part. Some notable examples include Boston Celtics’ budding star Jayson Tatum wearing Black Lives Matter, and Dallas Mavericks’ star Luka Doncic wearing Enakopravnost, which means equality in his native Slovenian. Each player had the opportunity to promote a message close to their heart and unique to them, showing fans that fighting for social justice is motivated by strong personal convictions.

“Recognizing that we have work to do ourselves, we wanted to show that we stand with those who are working to achieve racial equity,” Red Sox spokesperson Zineb Curran said in a statement to CNN. “The billboard is operated by the Red Sox Foundation and one of the ways we plan to feature the Black Lives Matter movement throughout the baseball season as a way to amplify the voices of those who share our values but may not share our platform.”

The worry for many, however, is that acts of support for various social justice movements is performative. But, when athletes and teams have the opportunity to use their platforms to support the movements in the way most meaningful to them, the messages are much more genuine. In the case of honoring victims of police brutality, for example, athletes have an even larger platform when it comes to amplifying the experiences of their local communities. In Minnesota, teams can honor George Floyd. Likewise, Jacob Blake can be commemorated by Wisconsin teams and Breonna Taylor in Kentucky. That’s not to say that they cannot be memorialized elsewhere—as we’ve seen around the country—but the best way for athletes to affect change is to use their platforms sincerely.

Activism For Social Change Should be Enforced League-Wide

By Gabriel Wallen, For The Heights

As the nationwide demonstrations this summer showed, protest is far more effective when voices and platforms are used in unity. In their protests, the NCAA and ACC ought to be no different.

Widespread social justice movements such as Black Lives Matter require support from across the board. While it is certainly critical to make individual and personal demands for justice, change will not come without unified league-wide and nationwide support.

It is clear that from Colin Kaepernick’s protests during the 2016 NFL season that until widespread support and action is taken, cries for justice like his are likely to become lost in the pervasive drone of the status quo.

When looking at the most prominent protests in the history of social justice, the most effective have been those demonstrations that have been the most widespread among many communities. Martin Luther King Jr.’s marches in 1964 and the anti-Vietnam protests in the late 1960s and 1970s are characterized by the participants who came together from all walks of life.

In an interview with The Heights in July, BC linebacker Max Richardson also emphasized the importance of diversity in justice movements.

“The most significant are always going to be the ones that are the most diverse [with] many, many people from many walks of life,” Richardson said. “2020 was obviously a huge year, and the Black community wanted to take a stand and make change, and the white community hopped on board and all people from all walks of life joined in.”

If the momentum built over the summer is to continue well into the future, however, it is absolutely critical that these diverse voices find ways to continue to remind the world that we are all united in the fight against racism.

In fact, the NCAA ought to look at the principal English soccer league, the Premier League, for inspiration. Before each game, the referee signals for all players, coaches, and officials to kneel prior to kickoff in solidarity with Black Lives Matter. So far, this has been the case for every single team before every single match. Such a gesture is what a unified expression of protest looks like on a sports field.

Of course, this is not to say that individual players should not find their own ways of showing their support as well. Individual signs of protests, such as “Justice for George Floyd” written in permanent marker on English soccer player Jadon Sancho’s uniform, or kneeling after scoring a touchdown can be equally as effective. If progress is to continue, however, teams and leagues must find ways to unify their gestures, thereby amplifying the message that racism does not belong in sports, in the United States, or anywhere in the world. 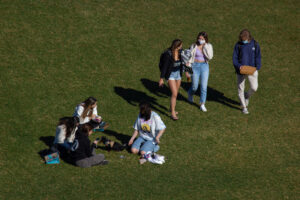 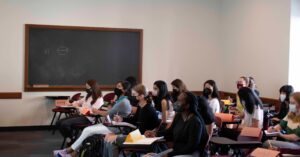 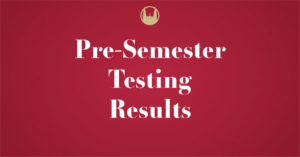