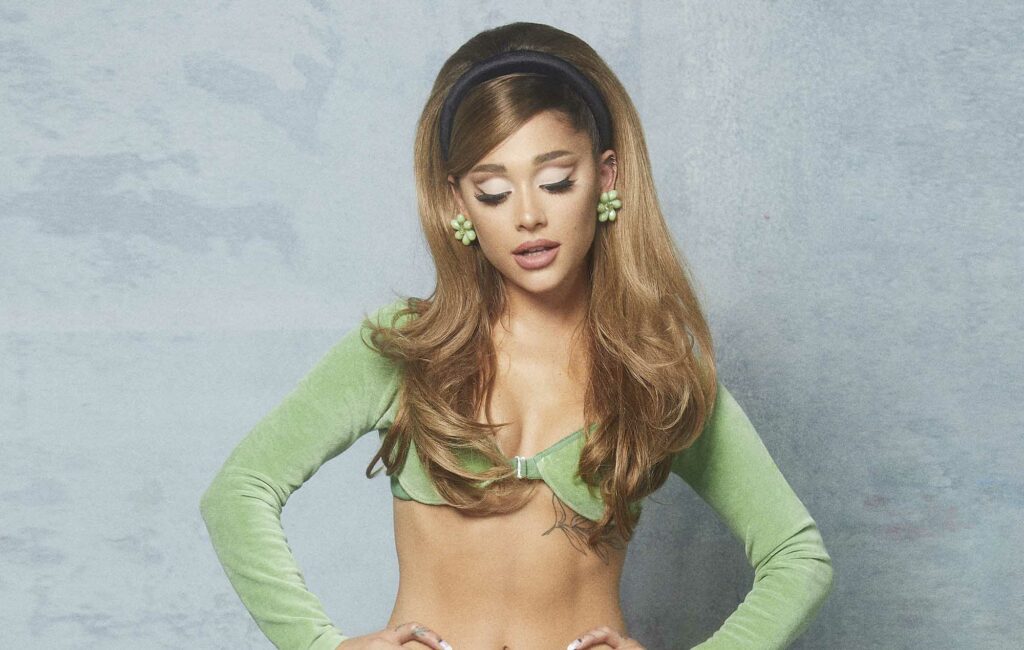 Ariana Grande graciously attempted to choose treats over tricks this past Friday, picking the day before Halloween as the release date for her latest album, Positions. The album comes as a made-in-quarantine surprise to Grande’s fanbase. Its release was not heavily marketed and was first announced through an all-lowercase tweet by Grande on Oct. 14. Besides the nonchalant nature of Positions’ drop, the album serves as a mid-semester treat and potential new source to spruce up old Halloweekend playlists.

The album’s quick release following its original announcement hints at the rushed nature of the album itself. Positions can be described as blunt and boring: 14 songs with little substance that make for the perfect background music. The pre-released single, “positions,” foreshadows how the rest of the album sounds. The songs become hard to distinguish from each other as you listen through, largely due to the overwhelmingly similar nature of all of the pieces that come together to form the album itself. One song slowly blurs into the next, until 41 minutes have passed and listeners realize that it wasn’t just one song they were listening to, but 14 different ones.

Besides the absence of sound diversity, Positions is missing the essential element of Grande’s past successful albums—drama. Grande is notorious for publicizing her private life in a way that makes her music more about the extension of gossip than the actual music. Her 2018 album Sweetener was heavily sold by her public relationship with Pete Davidson, who gave a face to the boy described so fondly in her lyrics.

Her follow up 2019 album thank u, next was a candid response to their breakup, again public, which magnetized people from outside Grande’s fan base to listen to her perspective on their heartbreak. But with the privatization of celebrity life during quarantine, there’s no greater motivation to listen to Positions, leaving the album solely reliant on its musicality, which unfortunately is disappointing.

The weak musicality of the album is largely due to its lack of lyrical substance. Grande chooses to be blunt in her lyrics, leaving nothing left to the imagination for listeners to discover the underlying meaning of her words. And that’s fine, not all songs have to be a riddle to unwind or a poem with elegant wordings of common experiences.

But the lack of lyrical substance is not made up for by an emphasis on the musical strength of the songs themselves. It’s difficult to point to key songs on the album that will become the next hit single because they’re all similar to one another. Ultimately, the lack of substance leaves Positions’ songs diluted and powerless.

Looking beyond the simplicity of the album, Positions does subtly introduce an aspect of musicality not tackled by Grande in previous years. In songs like “shut up,” “six thirty,” and “pov,” Grande toys with string and horn instruments to bring an orchestral feel to her songs. However, the introduction of such instruments doesn’t stand out and exists more as an additive to the songs themselves. “My hair” has a jazz tone to it which complements Grande’s voice—a strength that is not highlighted enough on the album.

Ariana Grande’s voice is one of the most iconic of her generation of artists, however Positions downplays her expansive range to focus more on curating a specific vibe than showcasing her talent. Her sound on this album parallels artists like H.E.R. Both singers tone down their versatile voices during the verses and then amplify them in the chorus. This demonstrates that their music isn’t so much about vocals as it is about creating an aesthetic. Positions brings in various feature artists—including Doja Cat, The Weeknd, and Ty Dolla $ign—in an effort to counter the muted voice of Grande.

Positions sadly falls short of a Halloween treat. If Grande’s range had been displayed more and there was greater versatility in the sound of each song, the album would be more successful. Love, lust, and heartbreak are all intriguing topics for an album that unfortunately were not given the attention they deserve. The weakness of Positions ultimately raises the question of Grande’s next move. Her natural talent enables her to choose any direction, though the decision is up to her.