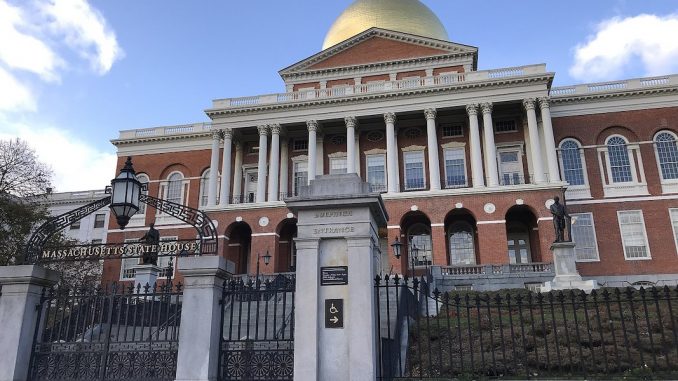 Massachusetts Governor Charlie Baker has issued a stay-at-home advisory instructing residents to remain home between 10 p.m. and 5 a.m., which will go into effect Friday.  The advisory is being put in place in an attempt to slow the spread of the coronavirus due to an uptick in cases since Labor Day weekend, Baker said in a press conference on Monday.

“We encourage the BC community to be aware of the new guidelines issued in the Governor’s advisory, and to maintain the vigilance and sense of shared responsibility that have allowed the semester to proceed during these unprecedented times,” Senior Associate Director of University Communications Ed Hayward said in an email to The Heights.

Baker also announced an executive order requiring restaurants to close in-person dining by 9:30 p.m., and liquor stores and other retail businesses to end alcohol sales at 9:30 p.m. Some other businesses, such as movie theaters and gyms, will be required to close by 9:30 p.m.

Baker also signed a revised order requiring all people to wear face masks covering their mouth and nose while in public, even if they maintain a 6-foot distance from others on Monday. Children under the age of 5 and people with a medical condition or disability are exempt from this order.

Baker’s mandate requiring all people over the age of 5 to wear a mask or cloth face covering in public when maintaining a distance of 6 feet was not possible went into effect in May. The order stated that if someone refused to wear a mask for nonmedical reasons, businesses could refuse entry to that individual.

“The simple truth is this: Too many of us have become complacent in our daily lives,” Baker said at the press conference. “ … We’re doing much better than many other states and many other countries. But here too we’ve let down our guard, and we have work to do.”

The state’s average seven-day positivity rate for COVID-19 cases is 1.78 percent as of Nov. 2, according to the Massachusetts Department of Public Health.

“If we do nothing and stay on the track we’re on now, we’ll create capacity problems for our health care system by the end of the calendar year,” Baker said.

Massachusetts coronavirus cases are up 278 percent and hospitalizations are up by 145 percent since Labor Day, according to a statement the Baker-Polito administration released Monday.

The new measures are meant to disrupt rising trends now, in an effort to keep the economy and schools open without needing to roll back to Phase I or Phase II of the reopening plan, the statement said.

“What we should not do to deal with these trends is shut down our economy or close our schools,” Baker said at the press conference. “Schools are not spreaders—here or anywhere else.”

Boston Public Schools went fully remote beginning Oct. 22 due to an increase in the seven-day COVID-19 positivity rate in the City of Boston. Mayor Marty Walsh said that the City would return to in-person learning when data and public health guidance supported such a decision.

Newton Mayor Ruthanne Fuller said in a statement on Monday that she supports Baker’s restrictions in order to slow the spread of the virus.

“The Governor made the right decision at the right time to keep us healthy as well as allow us to re-open schools and nurture the economy,” Fuller said.

COVID 19 Governor Charlie Baker
Pennacchio-Harrington: Being a Part of BC, Even Apart From BC
Unofficial Newton Election Results Show Biden Leading the City By a Wide Margin