Home » “Our Democracy Worked as it Should”: Boston College Reacts to Biden Victory 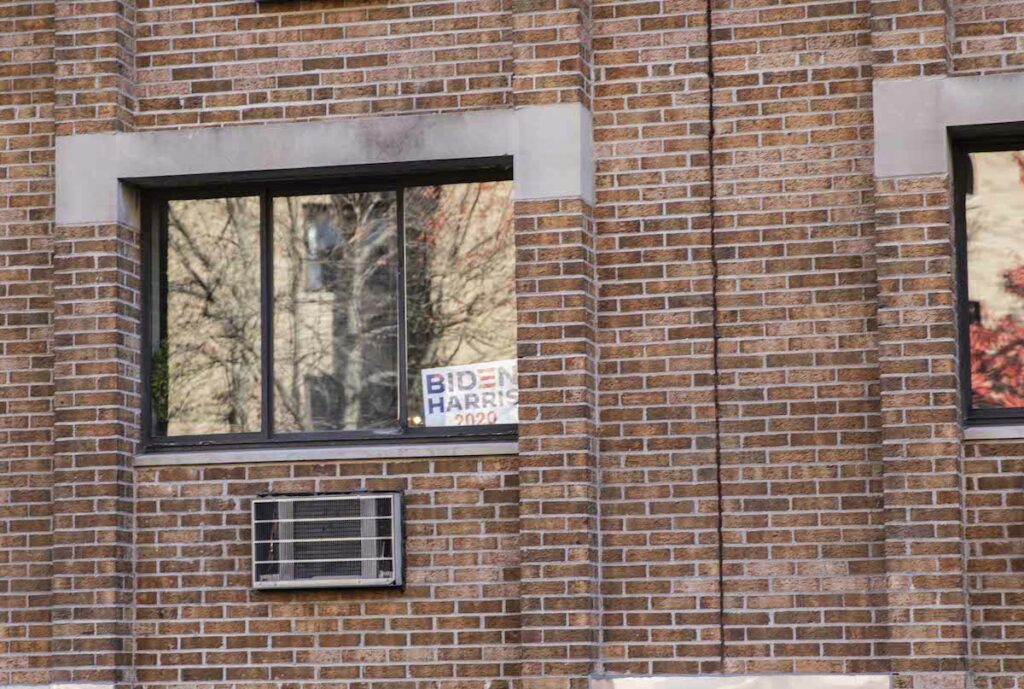 “Our Democracy Worked as it Should”: Boston College Reacts to Biden Victory

When freshman Marie Hauck went to bed Friday night, three days after the presidential election, Donald J. Trump was president of the United States, and it was still unclear whether his challenger, Joseph R. Biden Jr., had garnered enough votes to unseat him. When Hauck woke up Saturday morning, her phone was blowing up with texts.

“I was like, ‘What the heck is going on?,’” Hauck said. “And I just checked the news, and I just started crying. I was so happy.”

The Associated Press projected that Biden will be the 46th president of the United States early Saturday morning. In an election characterized by the ongoing COVID-19 pandemic, a nationwide economic crisis, and a global movement for racial justice, American citizens—particularly young people—turned out to vote in record-breaking numbers.

The Center for Information and Research on Civic Learning and Engagement at Tufts University found that turnout among people ages 18 to 29 was instrumental in securing the former vice president’s victory. The rate of youth turnout was also high in comparison to previous elections, increasing from an estimated minimum of 45 percent in 2016 to 53 percent in 2020.

“Very hectic,” Harrison said. “I mean election day definitely turned into election days. I think most of the people I was interacting with were pulling for Biden, though.”

Though the wait was unpleasant, Harrison said that he didn’t feel much political tension on campus.

“I think this campus is very liberal-leaning, so I don’t think there’s any … tension that I’m aware of anyways,” Harrison said. “I guess maybe I just surround myself with people who think similarly to me.”

Sophia Serratore, CSOM ’24, said that she detected some student apprehension prior to the election, though.

“There was definitely some anxiousness throughout campus and throughout all the people I’ve been talking to,” Serratore said.

In a statement to The Heights, College Democrats of BC (CDBC) emphasized a need for BC’s campus to be a safe environment for political discussion in a deeply divided nation.

“We recognize that not everyone at Boston College shares our beliefs and want to stress the importance of respect and unity at this time,” the statement said. “In the past few years our country has become increasingly divided and it is important to us that everyone’s views are heard.”

Others struggled to balance their school work with the stress of not knowing the presidential election results.

“I’m not super into politics, but it was pretty stressful not knowing who became president, especially because there’s so much work,” Hannah Lee, Lynch ’24, said. “And all you really care about is finding out the president.”

While the stressful week had a happy ending for her, Serratore said that the road is not yet over.

“I think it is going to be stressful for the next week or however long it takes for the lawsuits to go through,” Serratore said.

Teresa Knestout, Lynch ’24, said that she is frustrated by Trump’s tweets falsely claiming mass voter fraud and asserting that he won the election.

“It’s frustrating to see Trump continue to spread false accusations and false statements all the time,” Knestout said. “It’s just so frustrating because like, please, go with our democracy, like this is our country.”

R. Shep Melnick, a political science professor at BC, said that Trump has no basis for his consistent claims of election fraud.

“I don’t think there’s any evidence that there was any fraud or any improper behavior or any inaccuracies,” Melnick said. “It’s quite clear that Biden has won with the majority of votes in a majority of states to win the electoral college with a substantial popular vote majority.”

Since election day, Trump—who had not yet conceded the presidency at the time of publication—has bombarded courts across the nation in an attempt to stop the vote count or disqualify ballots. Melnick said that he doesn’t think there is a basis for any of these lawsuits.

“I will let the lawsuits proceed as they should, but I don’t think from what I’ve read there’s any merit to them,” Melnick said.

Melnick said he was actually impressed with how the election was run given the circumstances of the COVID-19 pandemic.

“My general reaction is enormous relief,” Melnick said. “Not only because I thought Trump was doing grave damage to constitutional democracy, but because I feared that there might be a very long, drawn-out contest over who had won. And I feared big disruption because of COVID. … I don’t think any of those things have happened.”

Despite the ongoing legal challenges, many students celebrated the apparent Biden victory.

Michaela Avallone, a member of BC Mock Trial and MCAS ’21, was competing in a virtual mock trial competition when she found out. At the end of the trial, as teams were awaiting their scores, the judge broke the news to them.

“I started screaming and got up all excited,” Avallone said. “I was out of professional mode, but I didn’t even care. I was just so happy that Biden won.”

Knestout said that she was happy that every vote was counted as it should have been.

“I’m so grateful that, you know, our democracy worked as it should,” Knestout said.

CDBC emphasized the significance of the Biden victory with respect to Vice President-Elect Kamala Harris, who is the first female, Black, and Indian-American citizen to be elected vice president.

“[CDBC] is excited about the Biden-Harris victory and the significance that this decision holds for all people, specifically minority groups not previously represented in this office,” the statement reads. “We believe that President Elect Joe Biden and Vice President Elect Kamala Harris are leaders that can and will unite people of all beliefs across the country.”

The AHANA+ Leadership Council expressed excitement about history being made with the Biden-Harris election.

“As AHANA+ students on campus, we can attest that representation matters, as our abilities and ambitions are influenced by what we imagine to be possible,” ALC said in a statement.

They also hoped that the Biden presidency would prioritize causes championed by people of color.

“We hope his victory and future administration will be an opportunity to further the causes that students of color have tirelessly rallied behind, and bring them to the forefront of his agenda as president,” the statement said.

Chelsea Schwartz, CSOM ’24, said she had been “extremely stressed” since the election Tuesday, but news of Biden’s win brought relief Saturday morning.

“I just feel really good,” Schwartz said. “I’m excited for change. I’m excited for the next four years, and I just think a lot of great things are going to come out of this.”

Melnick said that despite all the excitement, he doesn’t think that Trump will admit defeat.

“I doubt that President Trump will concede because he’s characterologically incapable of doing that,” Melnick said.