3OH!3, Run The Jewels, And More In Singles

The return of 3OH!3 is not a comeback any music fan was really excited for, and this new music release fails to create any hype for the band. Their new single “Lonely Machines” doesn’t experiment beyond their established sound, producing a song that blends in with the rest of the duo’s work. At the same time, the release feels like a weak attempt to cash in on trends and nostalgia. The musicians borrow the lyric “You tell your boyfriend if he still got beef” from their 2008 hit song “Don’t Trust Me” to remind listeners of their past success. Meanwhile, regardless of one’s enjoyment of 100 gecs, the group’s talent is absolutely wasted on this single. The selling point of 100 gecs is the interesting production and funny lyrics they bring to the song—qualities that immediately disappear when their one verse is over. Despite 3OH!3’s best efforts to return to prominence, their overreliance on nostalgia and the clout of 100 gecs feels hollow. The single is only interesting for the 30 seconds that 100 gecs takes over, and it feels boring and forgettable without them.

“Therefore I Am” – Billie Eilish

Billie Eilish returns with a new single, “Therefore I am,” after her very successful first album, When We All Fall Asleep, Where Do We Go?, and a sweep of the 2020 Grammys with a new single. While “Therefore I am” is not the most groundbreaking track ever released, it maintains Eilish’s stellar production. It’s a solid entry into her discography and a good sign of things to come.

“No Save Point” – Run the Jewels

In preparation for the release of the highly anticipated Cyberpunk 2077 videogame, Run the Jewels has released the single “No Save Point.” The production of the track feels pretty similar to the quality of the band’s album RTJ4, and aside from a few strange lyrics that forcibly reference Keanu Reeves, the single is a solid track that fits the apparent vibe of the game it promotes.

Photo Courtesy of Fueled by Ramen

singles run the jewels billie eilish 3OH!3 Lonely Machines Therefore I Am No Save Point
Panelists Talk Race, Centrism, and the 2020 Election
Billie Eilish Flaunts Self-Acceptance in “Therefore I Am” 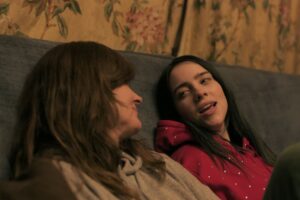 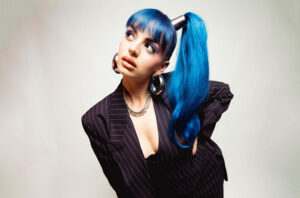