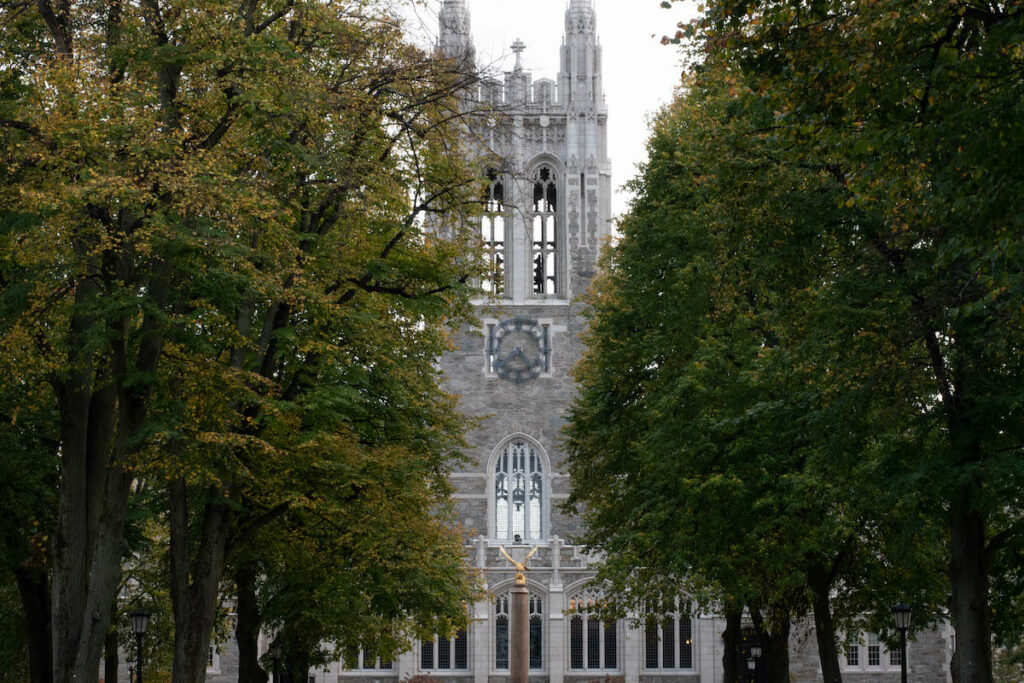 The task of outperforming Donald Trump on climate policy will be an easy one for President-elect Joe Biden, according to Boston City Councilor Matt O’Malley.

“The bar has been set so low by Donald Trump that we can literally put an energy-efficient light bulb in a lamp in the Oval Office and Joe Biden will have done more on climate change than Donald Trump has done,” O’Malley said.

Climate policy, and its effects on minority communities, was one of the many topics discussed Thursday night at a virtual event titled “What’s Next?: Race, Protest, and Justice after the Election,” hosted by the Irish Studies and African and African Diasporas Studies programs.

Panelists evaluated the impact that protests and minority communities had on the recent election results, as well as what they see as the Democratic Party’s tendencies toward centrist policies.

Entrepreneur and activist Malia Lazu, the first panelist to speak, said youth-led vocal protests were pivotal to the election results and will continue to be important as Democrats look to establish their platforms and pass legislation with Republican support.

“Protest is critically important and doesn’t stop after someone wins elected office,” Lazu said. “Your elected officials, and the councilor can speak to this, need you out there with them, making sure that … human dignity is being afforded to everyone.”

Lazu then criticized the Democratic Party for balking at opportunities to advance racial justice. She said politicians often yield to centrist policies that lack legislative substance in favor of keeping Republicans happy.

She also noted the significance of Biden’s election win. She said it is a moment within a larger movement that could result in great change in the social fabric of American society.

“But now is the time to understand that we have a moment, and movements last a long time,” Lazu said. “Moments are what allow movements to take evolutionary leaps, and we’re in one of those moments.”

O’Malley initially expressed disappointment in the election results. He said the choice of nearly half of Americans to vote for someone who has a history of racist, xenophobic comments and neglected the threat of a deadly pandemic reflects a gap between the priorities of liberal and conservative voters.

“Despite his mismanagement of that, despite everything, nearly half of this country still voted for him on Election Day,” O’Malley said. “It does not seem real, but it is far too real.”

Although O’Malley was disappointed with the vote totals for each candidate, he was happy with the overall results. He said that the choice of Joe Biden would result in a legislative movement—a promising step forward for gun control, LGBTQ rights, and the racial justice movement.

“It’s a difficult time, but it’s also a hopeful time, and I think that cannot be lost on what we’ve all been through for the last four years,” O’Malley said. “I am more hopeful now than I’ve ever been in my entire life.”

Reuel Rogers, an associate professor of political science at Northeastern University, spoke on the impact of minority voters on last week’s election. He said that Black voters specifically had an undeniable, significant contribution to Biden’s win.

“I think it’s unarguable that Blacks offered the most unequivocal, unambiguous repudiation of Trump and his illiberal impulses of any demographic group in the electorate,” Rogers said. “I think what will be on the agenda and what the litmus test will be for the Biden and Harris administration is democratic responsiveness to Black interest specifically.”

Rogers noted that African Americans have long been some of the greatest supporters of Democratic candidates. Even so, he said that they are often neglected after those candidates win office, as candidates look to moderate their agendas in hopes of gaining bipartisan support.

“A lot of African Americans have complained that they don’t have much to show for their long-standing loyalty to the Democratic Party,” Rogers said.

Lazu said that for the nation’s economy to recover from the toll of the COVID-19 pandemic, there needs to be government stimulus and commitment.

Lazu also called on the audience to be agents of social change. She said initiatives that begin with individuals can morph into greater movements across the country.