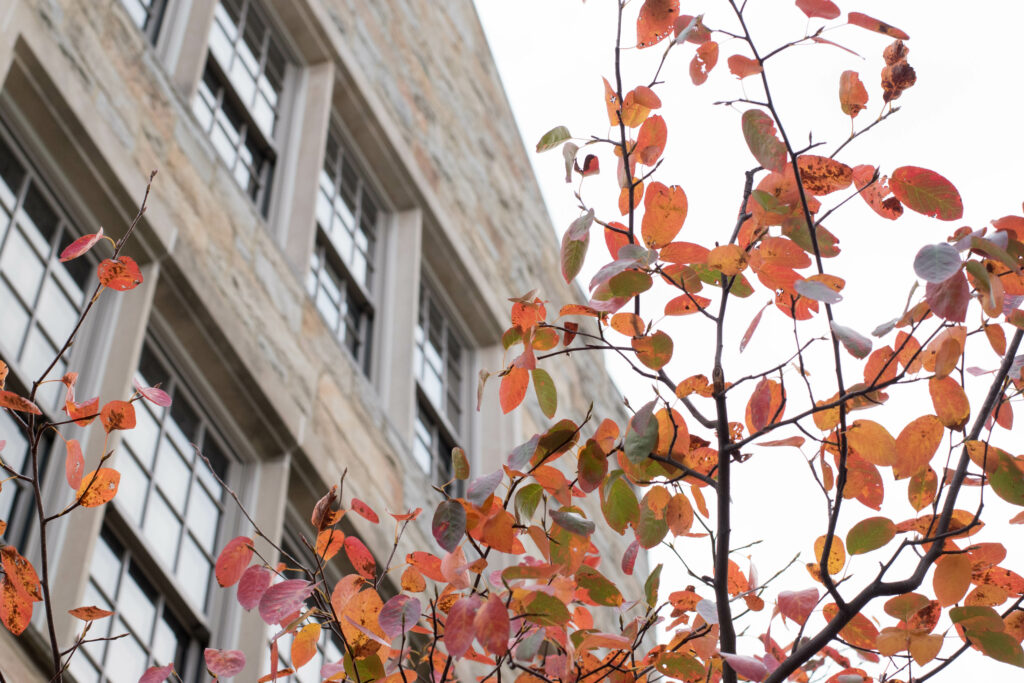 For Kathleen Freeman, a senior studying biology at Boston College, an impending physics midterm brought along more than the usual anxiety and frustration associated with midterm season. Particularly stress-inducing, Freeman said, was the amount of trust her professor had in her classmates’ integrity, and the consequences this might pose for the grading curve.

Her physics midterm was conducted over WebAssign, an online homework application, which did not employ any anti-cheating softwares to track students’ opening and closing of tabs. Instead, her professor relied on the honor system, trusting students in the asynchronous class to fight the urge to look up the answers.

Since the class is graded on a curve at the end of the semester, Freeman, MCAS ’21, said that the honor system put the students who took the exam with academic integrity at a disadvantage.

“I think especially for the science courses, it’s not like you’re writing an original thought, you’re solving an answer to a problem, or it’s like a multiple choice question, there’s only one right answer,” Freeman said. “So I think it makes cheating easier, or like the Googling of an answer a lot simpler.”

In light of the COVID-19 pandemic and BC’s implementation of online learning, many BC professors adapted their midterms to comply with the University’s suggestions. In an FAQ page on BC’s reopening website, the University recommended that professors administer electronic examinations whenever possible, as opposed to the traditional modality in which professors moderate in-person, pen-and-paper exams.

Professors at BC have experimented with different exam strategies, including essays, open-book tests, and traditional closed-book take-home exams. For Angie Johnston, visiting assistant professor of psychology, the University’s recommendations caused her to completely rethink the way she would evaluate students’ progress.

In Johnston’s course, Mind of a Dog: How Canine Cognition Informs Human Psychology, exams are typically a mixture of multiple choice and short answer questions. This year, though, she assigned students a take-home essay, which they had five days to complete. Johnston said that she has received positive feedback to the format changes she implemented.

“The main thing that I got was that they were really happy that it wasn’t an online exam, in the sense of it being timed,” Johnston said. “… I think everyone felt better that it took the pressure off of the virtual habitat, so to speak.”

Stacy Grooters, director of the Center for Teaching Excellence (CTE), said the CTE developed strategies for professors to implement in their online courses, designed to specifically address the vulnerabilities of online evaluations.

Some of these strategies include recommendations for softwares such as LockDown Browser and Proctorio, which prevent students from leaving exam pages or opening new tabs, and can even track eye movement to sense when students look away from the computer.

Another of CTE’s recommendations is that professors craft engaging exams that motivate students. If an exam is more than an academic hoop that students need to jump through, Grooters said, then students will be less likely to cheat.

“We have resources for faculty on how to encourage greater academic honesty, how to discourage cheating and plagiarism, and a lot of those are about tapping into student motivation, making sure that assignments are actually interesting for students, that students see the benefit of them,” Grooters said.

Johnston said that this semester’s midterm was more engaging than those in previous years. The assigned essay, she said, made the evaluation more dynamic for students in that it prompted them to make new discoveries and connections within the context of the course.

Pre-health biology and economics major Eddie-Joe Barry, MCAS ’22, found his take-home exam for his genetics class, which was a Word document that students had to fill out in a 24-hour period, to be difficult.

“It’s not a type of situation where you can doze off for three weeks, take a test,” he said. “You have to know what you’re talking about for that.”

The midterm did not utilize any anti-cheating software, Barry said. Even so, Barry said that it would have been difficult for students to cheat on the exam, because his professor crafted all of the questions from the course’s lectures and required readings, as opposed to generalized information that students might be able to find on Google.

Johnston said that compared to other take-home formats, like timed multiple-choice tests, essays are less vulnerable to cheating and technological issues.

“One, is I think it does help keep academic dishonesty at bay, and also, it’s not timed,” Johnston said. “I knew that there’s different students that have different technological issues depending upon where they’re coming in from, if they’re in the dorms or they’re at home, and so I wanted it to be an exam that didn’t need to be timed.”

Barry also said that the lack of a time limit on his exam served as a deterrent to academic dishonesty. Students are most inclined to cheat when pressed on time, he said.

“I don’t really suspect that people were doing that,” Barry said. “I think that would maybe come up if it was like a timed test and people were panicking, but when you have all the resources at your disposal, it’s kind of hard to like screw anything up that bad, like everyone should be able to do it on their own.”

Despite the CTE’s efforts to combat academic dishonesty, some students found some of their exams susceptible to cheating.

“Personally, I think it’s a little frustrating when they say like, I just trust you and use the honor system,” Freeman said. “I think it’s rewarding people that … don’t feel guilty cheating or looking at answers, and it’s kind of punishing people that really just want to try to take the exam.”

Grooters acknowledged the short-term problems of academic integrity with online exam formats, but noted that students who cheat are putting themselves at a disadvantage and might encounter trouble later on in their academic careers.

“Cheating is a reality,” Grooters said. “There are people in any context who are going to find ways to kind of take shortcuts, who are going to somehow miss the point that engaging in the exam is part of the learning process, and if you don’t do that, you’re not going to learn the material.”

Freeman suggested that professors follow the CTE’s recommendations and use screen recording software in the future or just make the exam open-note so that students don’t have to worry about the possibility of their classmates cheating.

“I wish he had just recorded us or made it open note, because at end of the semester when it’s curved, if people cheated and did better on the exam, [they] are going to get better grades because we’re all kind of graded relative to each other and not just how you did,” Freeman said.

Dean of the Morrissey College of Arts and Sciences Rev. Gregory Kalscheur, S.J. said in an email to The Heights that he held trust in students’ academic integrity and expected them to treat COVID-adapted midterms no differently than a traditional, in-person exam.

“My expectation is that students will maintain high standards of academic integrity no matter what evaluation or assessment strategy a faculty member chooses to use,” Kalscheur said.

Even with raised concerns among students, though, Grooters thinks cheating does not occur more frequently now than in previous years.

“I haven’t seen evidence that the incidence of cheating is up,” Grooters said. “People are just thinking about it more because it’s a newer context.”