Home » ‘We Are the Champions’ Showcases Unique Global Contests 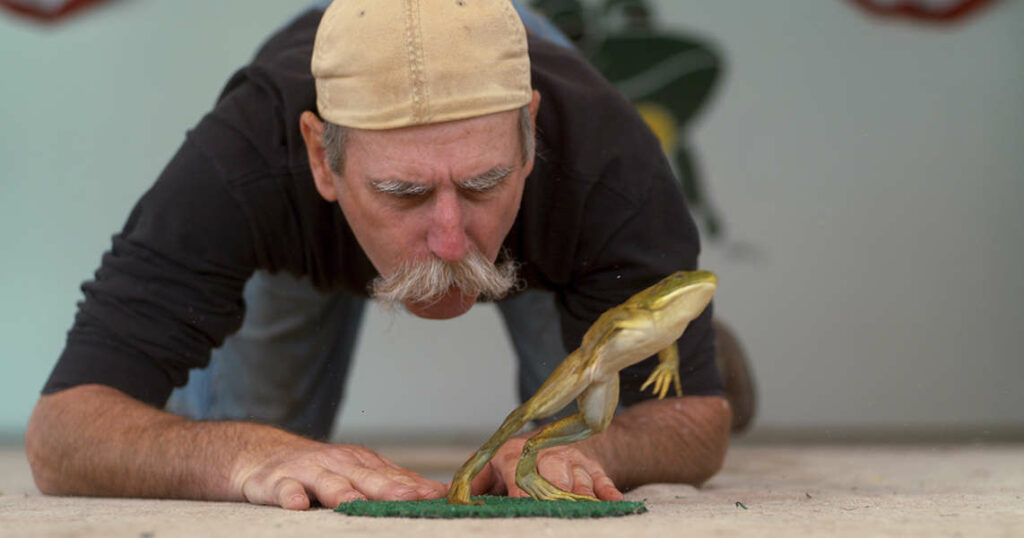 ‘We Are the Champions’ Showcases Unique Global Contests

We Are The Champions is a newly released six-episode series on Netflix focused on some of the most unique competitions in the world—many of which most people don’t even know exist. There is a competition for everyone in this wacky line up: everything from championship yo-yoing to scaring a frog so badly that it hops further than everyone else’s frog and racing down an incredibly steep hill after a wheel of cheese.

The best aspect of each episode is meeting the outrageous competitors. There are people from every corner of the earth competing in these competitions, from a family that trains frogs to an English teacher who can handle devouring the hottest chili peppers in the world. One thing that is constant, though, is how seriously these competitions are treated.

In Angels Camp, Calif., the world championship for frog jumping is taken extremely seriously. There are two rival families that have been competing against each other for decades: the Kitchell family and the Gustine family. The first step to being a successful frog jumper is picking the right frog. The Gustine family has this step down to a science. They have been handpicking their frogs from the same river for over 60 years. From there, they run their frogs through extensive training at “Croaker College” before finally settling on the one frog they will rely on to win this year’s competition.

All 50 contestants only get one chance at frog jumping infamy. Your frog either hops or flops. The winner receives a large trophy, $700, and a metal tile with their name on it embedded in the sidewalk along the “Hop of Fame.” When the competition is over, the Gustine family returns their chosen frog back to their secret river in hopes it will breed an even better frog for next year’s competition.

Maybe you’re not a frog person though. Perhaps you’d much rather watch people eat chillies and hurt themselves by choice. This is not just any regular spicy pepper contest, this one is hosted by the famous “Smokin’ Ed” Currie.

Currie is the owner of the Puckerbutt Pepper Company, whose sole mission is to grow peppers that rival the spice of police grade pepper spray. They accomplish this by crossbreeding and hand-pollinating the hottest peppers in the world. Currie’s farm currently holds the world record for growing the hottest pepper. For this reason his chili-eating contest is regarded as the world championship.

Currie handpicks the contestants from around the world based on their previous competition records, social media popularity, and ability to handle spice. Some contestants the show highlights include a British chemistry teacher and Bella, an incredibly tough woman who replaced her alcoholism with spice. The rules are simple: you can tap out at any time, if you throw up you are disqualified, if you take a sip of milk you are disqualified, and you must eat every pepper down to the stock to move on to the next round.

The events are not just limited to frog jumping and chili pepper eating. Other competitions include dog dancing, fantasy hair styling, yo-yoing, and cheese racing. From these competitions people fall, dance, and cry their way to victory.

But, some episodes fall short of others. Yo-yoing doesn’t compare to cheese racing, a competition going back hundreds of years that takes place on Cooper’s Hill near Gloucester, England where contestants perilously race each other down a dangerously steep hill in order to procure a wheel of double Gloucester cheese. For viewers keen to find new adventures, this series will definitely get their minds racing.