Megan Thee Stallion’s highly anticipated album Good News maintains the grammy-nominated rapper’s signature sound while showcasing her growth as an artist. Although many of her songs featuring other female artists shine, some songs featuring her male contemporaries fall short.

Stallion has been vocal over the past couple of months about the Black Lives Matter movement, specifically about protecting Black women. In her recent SNL performance, she spoke about police violence against Black women including Breonna Taylor. She also wrote an opinion piece for The New York Times titled “Why I Speak Up for Black Women.”

Stallion has always been vocal about women’s issues. In response to public disbelief and hatred after she revealed that Canadian rapper Tory Lanez shot her in the foot, Stallion magnified her message, becoming more vocal about the importance of believing Black women

In the opening song to her album called “Shots Fired,” she disses Lanez while also expressing the lack of justice received for Breonna Taylor. Stallion’s choice to open her album with “Shots Fired” reaffirms her mission to keep listeners engaged with her message.

On Good News, the tracks without a featured artist such as “Circles” and “Body” prove that Stallion truly knows how to balance explicit lyrics with catchy witticisms to create hit songs. Much of her success is due to her songs taking off on the popular social media video platform TikTok. Her earlier songs “Savage” and “Girls in the Hood” gained a lot of traction after popular dances were made to the songs. She replicated this success as “Body” went viral on TikTok within days of dropping.

The overall album shines, but a few songs do fall short. “Movie (feat. Lil Durk)” and “Go Crazy (feat. Big Sean & 2 Chainz)” don’t seem to blend as well with the female focus of the rest of the album. Stallion, however, is quickly redeemed with “Freaky Girls (feat. SZA)” and “Do It On The Tip (feat. City Girls & Hot Girl Meg).” Both songs are lively and deliver exciting lyrics. Fellow rising artist City Girls’ attitude and feminist lyrics pair great with the rest of the album, and SZA’s feature brings a little more R&B to Stallion’s high-energy hip-hop.

Good News also features Stallion’s previously dropped singles “Savage Remix (feat. Beyoncé),” “Girls in the Hood,” and “Don’t Stop (feat. Young Thug)”—the last three songs of the album. Stallion’s decision to end with her most recent single “Don’t Stop” rather than “Savage Remix”—a song which many people could argue advanced her career even further this year—makes for an unexpected clincher to Stallion’s album.

Despite mixed reviews of her latest album, Stallion is used to an assembly of mixed responses, as they span all the way back to the start of her career. Seemingly unfazed by the public’s response, Stallion continues to redefine her style and sound. Stallion offers a raunchy female perspective in the male-dominated rap genre as she continues to push the boundaries with Good News. 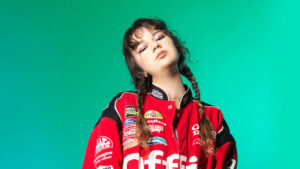