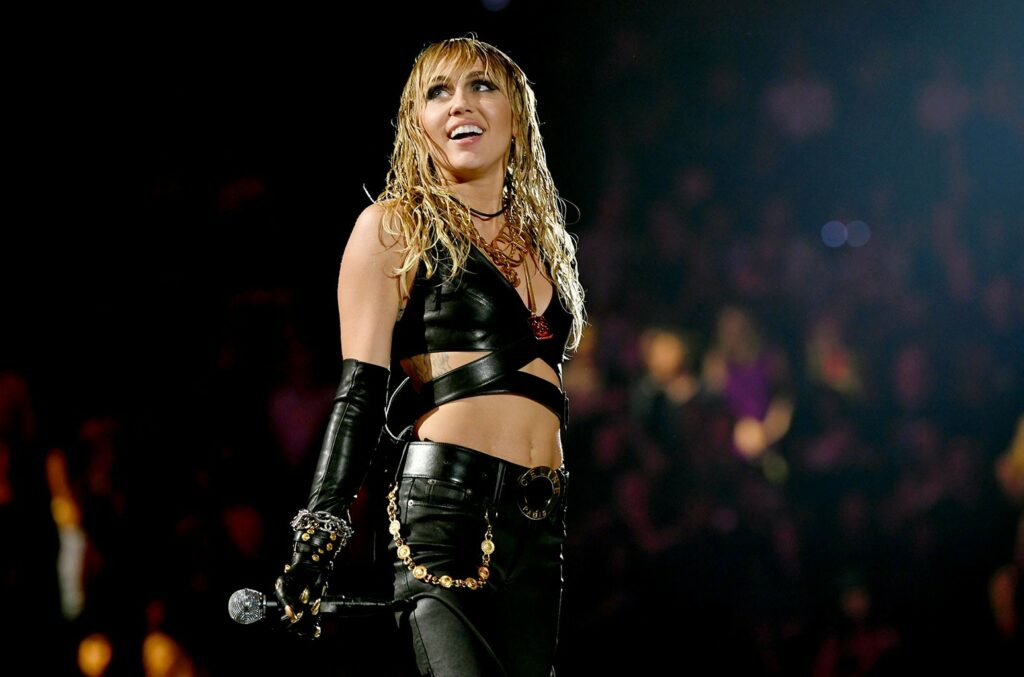 Miley Cyrus Leans into Rock and Roll on ‘Plastic Hearts’

Miley Cyrus has graciously given listeners yet another thing to be thankful for this holiday season with the release of her latest album Plastic Hearts. Balancing between the pop and rock genres, Plastic Hearts is the sixth studio album by Cyrus since the retirement of her Hannah Montana persona.

The album purposely leans into her rough and damaged voice and lyrically harps on her life, reintroducing Cyrus with an authentic rock sound. Pop elements are selectively implemented throughout the album, keeping her sound relevant to 2020 pop standards. The result is a sound that is both classic and modern.

Plastic Hearts reflects the end of two of Cyrus’ well-known relationships—one with former husband Liam Hemsworth and the other with boyfriend Cody Simpson. The August 2019 split between Cyrus and Hemsworth followed by the August 2020 split with Cody serve as the album’s foundational sources of heartbreak. Although these relationships and their respective ends were public, Cyrus doesn’t allow the specificities of her past to be the sole magnetism of her work. Coating her experiences with vagueness and  universal emotions, she allows the album to speak broadly about herself in order to relate to a greater array of people.

Drawing upon heartbreak and the burdens of her public life, the decision to produce an album in the rock-pop genre speaks to the similarities between what rock represents and the realities of Cyrus’ lifestyle. Rock’s connotations of freedom and rebellion speak to the position of Cyrus following the end of two major relationships and her attempts to navigate individualism within the music industry. The revocation of Hannah Montana and the strict life and musical guidelines that came with the blonde wig handed Cyrus the freedom to define herself for the first time.

Bangerz, the first album with her cut hair and publicly careless attitude, was a campy declaration of independence confined to the pop genre. Miley Cyrus & Her Dead Petz outwardly established the singer’s lawless lifestyle through the psychedelic nature of its sound. Now, Plastic Hearts speaks to the new era of her life—one that is unable to be defined by a relationship status but is reminiscent of her past loves, painting the singer in the cold and lonely blue lights of a rock stage.

The album itself is rooted in late 20th century musicality. The upbeat singles of the album are persisted by loud ’80s-style drums while electric guitars and raw, unfixed vocals tie the piece to ’90s rock. To complicate the sound further, her Nashville roots are reflected in the layered vocals of the album’s ballads, heard most notably on “High,” ultimately accounting for the complexity that often goes unnoticed in her work.

The album is not singularly defined by its rock anthems, as bangers are paired with ballads. Cyrus intertwines the upbeat and slow paced songs seemingly absentmindedly, resulting in a work to which you can both dance and cry to simultaneously.

Vocal features on the album speak to Cyrus’ main sound influences, and the side-by-side comparison between her vocals with the classic voices of rock and pop icons establishes the importance of her voice in our generation of music legends. Stevie Nicks, Joan Jett, and Billy Idol are featured on Plastic Hearts in an effortless and flowing manner. It’s often difficult to detect whether Nicks or Cyrus is singing on “Edge of Midnight,” or if it’s Jett or Cyrus on “Bad Karma.”

Dua Lipa is included as well, a modern artist with ’80s and disco influences in her own work–“Don’t Start Now” and “Break My Heart” greatly demonstrate this. The dichotomy of classic and modern artists lays the groundwork for Cyrus to swing in either direction on the album—which she does so freely.

The overall themes of the album, which focus on heartbreak and finding self-value in the eyes of others, connect the album’s bangers to its ballads.  “High,” “Hate Me,” and “Never Be Me” balance the importance Cyrus places on how other people view her and her own self-loathing. “Golden G String,” “Bad Karma,” and “Night Crawling” explore the emptiness of her public lifestyle and how she attempts to replace pain with pleasure. The edge of the album is incomparable to her past work, speaking to newfound anger and self-realization in her present, post-relationship stage of life—a new Cyrus.

The idea of a reinvented Miley Cyrus, an artist fully channeling the rock genre on her latest album, could also speak to the double standards faced by female artists of the music industry. Taylor Swift also spoke against the unrealistic expectations placed on female artists in her 2020 Miss Americana Netflix documentary.

“The female artists I know of have to remake themselves, like, 20 times more than the male artists … or else you’re out of a job,” Swift said.

Plastic Hearts may be a reinvention, but it is one that perfectly encapsulates Cyrus’ current place in life. Rock was made for Cyrus, and Cyrus was made for rock.