Home » Should I Stay or Should I Go?: BC Community Grapples With Post-Thanksgiving Plans
News

Should I Stay or Should I Go?: BC Community Grapples With Post-Thanksgiving Plans

When Boston College announced its plan for the Thanksgiving break on Oct.19, students faced the choice of either remaining on campus or within Massachusetts over Thanksgiving break, or returning home and completing the remainder of the semester remotely. For many students, weighing the benefits of in-person instruction and on-campus life against spending the holiday with their families was no easy task.

Kayli Ko, Lynch ’23, decided to finish out the semester at home in New Jersey. Ko said that her decision was shaped by the University’s calendar for the spring semester and the fact that her teaching practicum, which had been remote due to COVID-19 restrictions, wrapped up before Thanksgiving.

“I’d rather spend time with my family for the holidays because I will probably not see them in the spring since there are no breaks and travel will probably still be restricted,” Ko said.

Lauren Edelman, CSON ’22, said that being from California made deciding her post-Thanksgiving plans especially difficult, as she would have had to figure out travel logistics. Edelman eventually decided to remain on campus through Thanksgiving and finals, despite initially wanting to go home to see her family for the holiday.

“I didn’t know if I would necessarily do well if I didn’t get to see my family this semester and have their support in-person, so I originally put on the questionnaire that I do want to go home,” Edelman said. “But then I started asking all my professors what would happen if I did go home, and while most said I would be fine, one encouraged me to stay.”

While Edelman recognizes that it was likely not an easy decision for BC to make, if BC had made an earlier, more definitive decision—to either send students back or make them stay—it would have taken pressure off students, she said.

“It’s hard to not have some sort of decision early on, especially as flights get more expensive,” Edelman said. “While I do love the idea of having an option, I wish that we had something laid out in the beginning. It would make it a lot easier for indecisive people like me if we could just have an answer.”

Some international students faced additional considerations when making their decision—getting home and returning to campus in time for the spring would not be so easy for some.

Jilliana Tumangan, MCAS ’24, said that since Thanksgiving is not a holiday in the Philippines, it has no cultural significance to her. Though she understands that for some students it means a lot to them to be with family, it’s just a normal week for her, she said.

“Even with a normal year I wouldn’t be going home for Thanksgiving because it’s first really expensive and not very efficient with the time, because the travel time would be 24 hours,” Tumangan said. “Plus with corona there would be a mandatory quarantine.”

Shuai Jiang, Lynch ’22, will remain at BC through the end of the semester, and then spend winter break in the state of Washington. Originally from China, he has not been home since last December due to travel restrictions and visa concerns.

If he returned to China, Jiang said he would not be able to travel back to the United States for the spring unless he spends two weeks in another country. Jiang also said that he would also not be able to renew his visa since embassies are still closed.

Jiang said that it is easier to do online classes in the United States due to the time difference and issues with internet access.

“For Chinese students specifically, there is the Great Firewall of China that blocks us from accessing YouTube and Canvas and Gmail, so it would be very inconvenient to have classes back home because of time and internet issues,” Jiang said.

Jiang also said he thinks that the atmosphere on BC’s campus is better for learning, and that he doesn’t want to miss out on campus life. According to Jiang, BC’s decision about Thanksgiving break, although delayed, was a wise one.

“I know that a lot of other schools announced it a lot earlier than us, so I was a little disappointed that ours came so late, but I think this is the best plan they could come up with, or there would be too much traveling within a short frame of time which would have potentially caused a surge in cases,” Jiang said. “So I think they made a very responsible decision, just a little late.”

Like many professors at BC, Casandra Gonzalez, a doctoral student in the Lynch School teaching an undergraduate course this semester, had to decide whether or not to continue meeting in person after Thanksgiving. Gonzalez had been teaching a hybrid course throughout the semester in order to accommodate students who need to learn remotely, though she said the majority of students prefer the in-person class experience. But with more students attending remotely post-Thanksgiving, she also had to be mindful of the students who chose to remain in Massachusetts and will still be returning to campus.

Sammy Chong, an assistant professor of studio art, said that social distancing guidelines and students often having to miss class to quarantine has made it difficult to teach art— a traditionally hands-on experience.

With the transition to post-Thanksgiving, many students will have to find a way to transport their art home in order to continue working on it, Chong said. They will then have to photograph their final portfolio and submit it to her for grading, which is normally done in an in-person.

“It’s something that is still unclear to me how I’m going to handle the individual critiques because it’s not an exam,” Chong said. “It’s not like I’m teaching sociology or philosophy where it is a paper or test. At least in the fine arts department, [the final] is based on the body of work.”

Other professors will continue to operate largely in the same way they did earlier this semester.

Jacqueline Sly, an assistant department chair and clinical instructor in CSON, said that many nursing students have already had to miss part of their clinicals this semester due to either testing positive for COVID-19 or having to quarantine after being contact-traced. Because these students have fallen behind on completing clinical hours they need to graduate, professors highly encouraged them to remain through the holiday for their last clinical day after the break, Sly said.

Beyond the mere need to catch up on graduation requirements, though, the majority of Sly’s students remained in Chestnut Hill after Thanksgiving out of a sense of duty, she said.

“The great thing about Boston College students is that they realize our nation’s health and healthcare rely on good nurses and the way to become a good nurse is through clinical experience,” Sly said. “They understand that the nation’s health depends on them.”

Featured Image by Vikrum Singh / For The Heights

thanksgiving boston college
Frog Pond Closes For Ice Skating For First Time
Hafley Discusses Chance to Go Above .500 in ACC for the First Time Since 2009 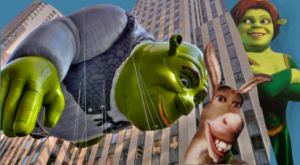