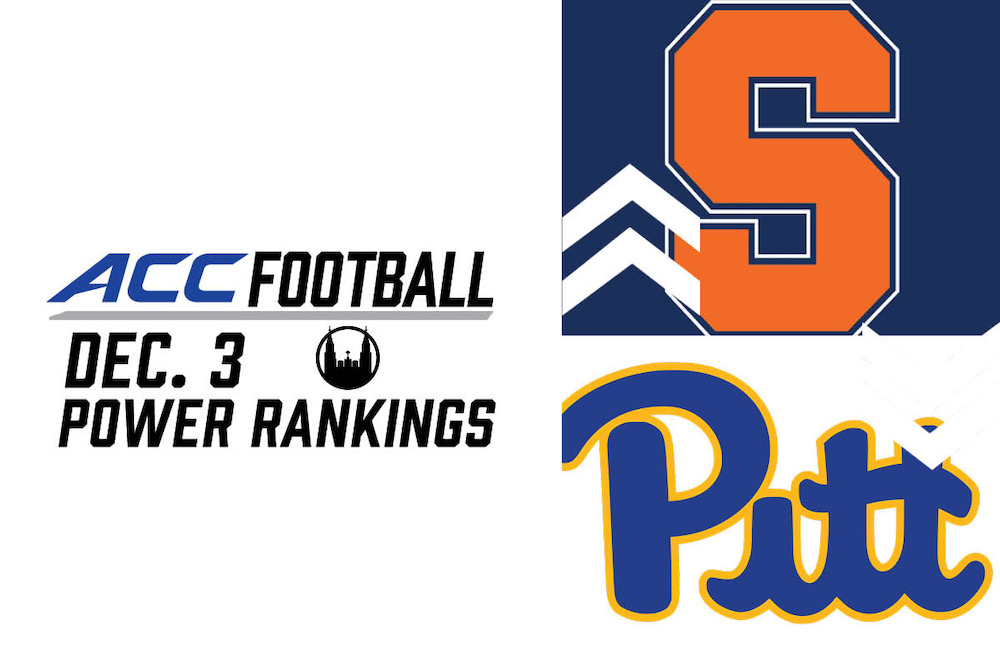 The Irish started slow against North Carolina—the teams went into the half tied at 17—but totally shut down the Tar Heels’ offense in the second half and managed a comfortable 31-17 win. Notre Dame’s defense stifled the North Carolina run game, allowing just 87 yards on 30 carries. Ian Book continued his strong play with another dominant performance. With the ACC shuffling around the final few games of the schedule due to a number of COVID-19 issues, Notre Dame has officially clinched a spot in the conference title game. ESPN’s Allstate Playoff Predictor gives the Irish a 68.2 percent chance of making the College Football Playoff.

After a series of frustrating weeks with a loss to Notre Dame and a last-second postponement against Florida State, the Tigers took out their frustration with a 52-17 trouncing of Pitt. Clemson racked up 31 points in the first half, and Trevor Lawrence threw for over 400 yards. The Tigers will just have to get past the sliding Hokies to earn a spot in the ACC title game. Despite Clemson’s struggles at certain points this season, ESPN’s Allstate Playoff Predictor is still optimistic about the Tigers’ odds of making the Playoff, giving them a 50.7 percent chance.

The Hurricanes will play Duke this week after being off for the last two weeks. While it is not impossible for Miami to make the conference championship, the chances are slim. There are two paths for the Hurricanes to earn the spot, both requiring upsets with the ACC’s top two teams. The first is that Notre Dame loses to Syracuse and Wake Forest while Miami wins its next two games. Alternatively, Miami could win its next two, and Clemson would have to lose to Virginia Tech this week to give the Hurricanes a spot in the title game.

The Tar Heels fought hard against Notre Dame but eventually succumbed to the same offensive dominance that has felled ACC opponents all season. The loss was the first time that North Carolina has scored fewer than 26 points all season. North Carolina will have a more manageable opponent this week with a non-conference matchup against Western Carolina, who has played just two games all season and lost both times.

Wake may not have played for the last two weeks, but NC State’s struggles combined with the Demon Deacons’ recent run of strong form pushed Wake into the fifth spot. The Demon Deacons have won four of their last five games, with the one loss coming in a combined 1300-yard, 59-53 shootout against Sam Howell and North Carolina. Louisville and Florida State are up next on the schedule, two relatively soft opponents that should give the Demon Deacons a good shot to continue their strong play and finish the year on a high note.

After eeking out a 15-14 win over Liberty two weeks ago, the Wolfpack escaped with another win on Saturday, requiring a fourth-quarter comeback to beat Syracuse 36-29. The Orange even had a chance to tie the game at the death but gave up their chance for one shot at the end zone by accidentally spiking the ball on fourth down. The narrow margin was a perplexing result for NC State given how hapless Syracuse has looked for much of the season. Louisville, another ACC bottom dweller, shut out the Orange 30-0 the week prior. Quarterback Bailey Hockman rebounded from his poor performance against Liberty with a dazzling 313-yard, four-touchdown display.

The Eagles have made a habit of playing to the level of their competition this season—whether that be up or down—and the contest against the Cardinals was more of the same. Louisville quarterback Malik Cunningham had his way with the BC defense, throwing for nearly 300 yards and running for 133. Dennis Grosel played most of the second half as Phil Jurkovec was sidelined in the third quarter with a leg injury. BC head coach Jeff Hafley said that he is hopeful that Jurkovec will be able to suit up for the Eagles’ upcoming season finale against Virginia.

The Cavaliers were off last weekend after their game with Florida State was postponed due to COVID-19 issues within the Seminoles’ program, but Virginia still moved up the rankings due to the beatdown that Clemson levied on Pitt. Virginia has won its last three games, including a 44-41 victory over North Carolina and a 31-17 result against Louisville that looks more impressive given the Cardinals’ strong play against BC. Bronco Mendenhall and his team will have another potential chance to move up the rankings when they host BC this week.

Back in 2016, the Panthers spoiled what was an otherwise perfect regular season for Clemson, intercepting Deshaun Watson three times and hitting a last-second field goal to pull out a miraculous 43-42 victory. There was no more magic left to use on Clemson this past Saturday, though, as the Tigers calmly dispatched the Panthers 52-17 after jumping out to a 31-0 first half lead. Kenny Pickett has played well this season but was no match for the Clemson defense and threw four interceptions.

The Hokies had a bye this week, a welcome respite for a team that has lost four of its last five. Virginia Tech’s offense, so potent earlier in the season, has lost its shine in recent weeks as quarterback Hendon Hooker has struggled with turnovers, and star running back Khalil Herbert has been limited with a hamstring injury.

Overall record aside, the Cardinals have looked strong in recent weeks. Two weeks ago the story was defensive dominance, as Louisville blanked Syracuse 30-0 and limited the Orange to a measly 137 yards. While the defense took a step back against Boston College, the offense stepped up in a huge manner. Quarterback Malik Cunningham accounted for over 400 yards of offense, and receiver Dez Fitzpatrick racked up 182 yards, including a 69-yard house call off a screen that put the Cardinals within striking distance in the final minutes.

After facing two postponements in a row, the Yellow Jackets came ready to play on Saturday, dominating Duke to the tune of a 55-33 victory. Georgia Tech has moved away from the triple option under head coach Geoff Collins, but it would have been hard to tell from the stat line, as Georgia Tech ran the ball nearly 50 times for 377 yards. Opponent aside, the strong performance was a good sign for a Yellow Jackets team that had lost three in a row.

Just when it seems like the story of Syracuse’s season is all but told, the Orange came out and nearly upset a solid ACC opponent. The Orange nearly beat Boston College at the beginning of November after suffering three straight two-score losses and, after crawling to a 30-0 defeat at the hands of Louisville the next week, followed it up by losing to NC State just 36-29. Syracuse led for nearly all of the third and fourth quarters and drove deep into Wolfpack territory in the final minutes only to lose the game after quarterback Rex Culpepper spiked the ball on fourth down.

The Seminoles’ game against Virginia was postponed at the last minute for the second straight week, as several members of the Florida State program received positive test results late on Friday night before the scheduled game against the Cavaliers. Florida State was expected to play Duke this weekend, but that game has also been postponed as large swaths of the roster are still unable to play due to positive tests and contact tracing procedures.

There is a new bottom feeder in the conference. Syracuse has been last in the rankings for the last several weeks, but, after Syracuse’s strong performance against NC State and Duke’s 56-33 dismantling at the hands of Georgia Tech, the Blue Devils have fallen to the bottom spot. Quarterback Chase Brice’s struggles continued as he completed just 19 of his 40 attempts and also tossed an interception.