Home » “It was a sacred place, and it was being desecrated”: BC Reacts to Mob at U.S. Capitol 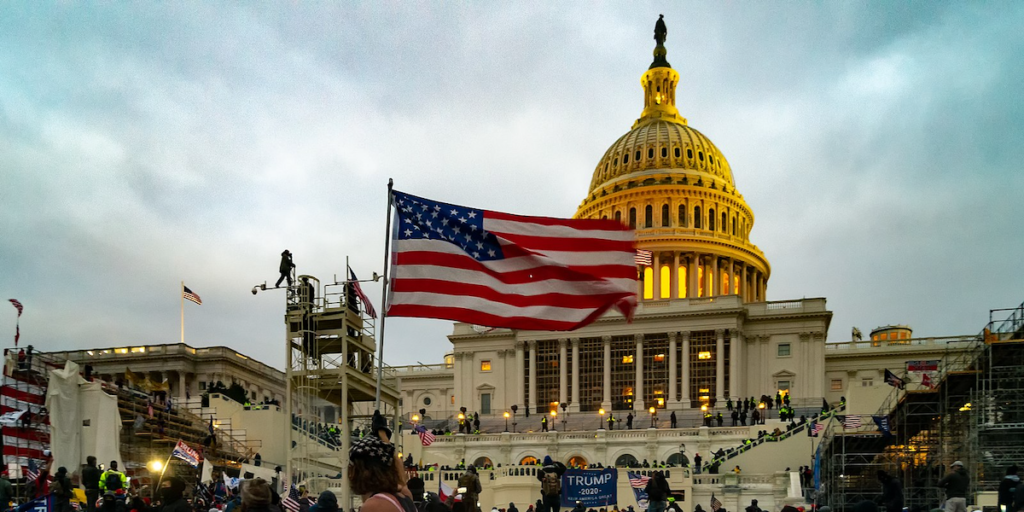 “It was a sacred place, and it was being desecrated”: BC Reacts to Mob at U.S. Capitol

Rev. Michael Davidson, S.J. watched CNN in his residence at Boston College with fear and embarrassment as a mob of rioters objecting to the certification of the Electoral College stormed the U.S. Capitol Building on Jan. 6.

As the scene unfolded, something that particularly struck him was the stark contrast between police response to the rioters that day and past police responses to those protesting for racial justice, he said.

“How in God’s name are these people allowed to reach so far into a sacred space, [but] when people are talking about how they’re treated or historical racism, they tear gas them?,” Davidson said.

According to Davidson, if individuals protesting for racial justice had stormed the Capitol in a similar fashion, the police response would have been much more violent.

“If the reverse were true and we had the Black Lives Matter movement protesting out there, it would be a bloodbath, which only indicates that there are two classes in America, and people are treated according to the color of their skin and their socioeconomic status,” Davidson said. “So it was really shameful for me.”

Corbin Bernal, president of BC College Democrats and CSOM ’23, said that he was also surprised by the response of law enforcement.

“I’ve seen videos of Trump supporters breaking down barricades, breaking windows, breaking doors, getting on scaffolding, and the police response is arguably the exact opposite of what we saw from the summer—there was none,” Bernal said.

Here's a look at rioters breaking the windows of the U.S. Capitol today.

University President Rev. William P. Leahy, S.J., condemned the violence in a statement on Jan. 7, and also joined in signing a statement by the Association of Jesuit Colleges and Universities that denounced the mob’s actions.

“The orderly transition of power is a central tenet of our political system and essential to our democracy,” Leahy wrote in his statement. “We need to reaffirm our commitment to the beliefs and values that have guided our democratic process since our nation’s founding.”

Davidson said that he has seen tremendous love and care from Leahy in the past and is pleased with his response.

“As a person of color and a person who cares for students of color, I’m very proud of the president of the University, because he has called it out for what it is: a shameful act,” Davidson said. “So I applaud him. We have to give credit where credit is due.”

According to Alexandra Katz, a member of the Undergraduate Government of Boston College and Lynch ’23, the language in Leahy’s statement could have been much more specific.

Vincent Rougeau, dean of BC Law, said in a Jan. 6 email to the BC Law community that the violence was a tragic example of how our democracy could be lost if we fail to remain vigilant regarding the truth and the rule of law.

“We are a deeply divided country, and we have a lot of work to do if we hope to heal these self-inflicted wounds; but regardless of political differences, we must all join together in denouncing violence of any kind, and choose to resolve our differences through peaceful, orderly elections and transitions of power, changes in legislation, and court decisions,” Rougeau wrote.

Bernal said that although he never ruled out the possibility of a scene like the one that developed in Washington that day, watching the violence at the Capitol still felt surreal.

“To me personally, I’ve never really counted out the possibility of something like yesterday happening,” Bernal said. “I think it was always within the realm of possibility in my mind, but I think deep down, it would have taken a lot for me to be like, ‘yeah, I can definitely see this happening soon.’”

For R. Shep Melnick, a political science professor at BC, the attack hit particularly close to home.

“I used to work in the Senate, and when I saw those people in the area that was limited to only a few staff members and senators … I was deeply disturbed and offended,” Melnick said. “It was a sacred place, and it was being desecrated, so I felt a deep personal disturbance.”

They’re in the chamber. One is up on the dais yelling “Trump won that election!” This is insane pic.twitter.com/p6CXhBDSFT

Katz said that a number of factors preceded the attack, including Trump’s encouragement of his followers to assemble in Washington, D.C. on Jan. 6 to “save America” and his spreading of unsolicited claims about the integrity of the election results.

Aside from Trump’s influence, Katz said that the events in the capital were also a culmination of years of growing problems in American society.

“The issues of systemic white supremacy and anti-semitism have been rapidly increasing throughout the past decade…” Katz said. “The symbols of hatred and terror that were displayed by all these people at the Capitol utterly confirmed that these issues are enormously present in society and pose such an imminent threat to so many people.”

Bernal said that it was a “mistake” for Senate Majority Leader Mitch McConnell to refuse to reconvene the Senate until Jan. 19—the day before Inauguration Day—meaning that an impeachment trial could not begin until after president-elect Joe Biden is sworn in. On Wednesday, every House Democrat and 10 House Republicans voted to impeach the president for the second time in his term.

“I think Congress should stay in session…” Bernal said. “I think getting a vote from every single House member and every single Senator on removal is vitally important right now to see where they stand.”

Melnick said he believes one of the biggest effects of the insurrection on Congress will be the dissociation of certain Republicans from Trump.

“I think the big question is going to be the extent to which this shocks some of the more thoughtful Republicans into distancing themselves from Trump,” Melnick said. “I thought a number of senators, both Democrat and Republican, spoke eloquently and movingly on protecting democratic institutions.”

Though Bernal said that the blame should fall mainly on Trump and his staunch supporters within the GOP over the past five years, he also said that the system of the U.S. government is to blame for the events on Jan. 6.

BC Republicans did not respond to a request for an interview with The Heights, but issued a statement on Thursday condemning the rioters.

The statement asserted that those who stormed the Capitol were not conservatives, since conservatives have respect for the United States’ constitutional representative republic.

“The actions which occurred [at the Capitol] are thoroughly illegal and contrary to the spirit of our Union,” the statement reads. “We cannot and will not stand for this. It is a treasonous insurrection.”

The statement also advised progressives not to mistake the actions of the rioters for the sentiments of all Republicans.

“Donald Trump received nearly 75 million votes this past election, and the number that raided the capital is but a tiny contingent of this substantial portion of the population,” the statement reads.

Melnick said that first and foremost, it is important that the government quickly figures out better security measures in Washington D.C, as the violence may not be an isolated incident.

“I’m afraid this isn’t going to be the only threat like this, especially with the inauguration coming up,” Melnick said.

On Wednesday the Department of Homeland Security activated a large-scale security operation in an effort to secure the Capitol and White House for the inauguration of Biden and vice president-elect Kamala Harris’ on Jan. 20. Some 21,000 National Guard personnel are expected on Inauguration Day.

Hundreds of National Guard members are on 24-hour watch in the U.S. Capitol, many sleeping in the hallways.

A new 7-foot fence and other security measures are in place after the pro-Trump riots last week. About 20,000 Guard members are ordered to D.C. ahead of the inauguration. pic.twitter.com/uwKy61bnXY

Looking forward, Dennis Wieboldt, a member of UGBC and MCAS ’22, said that he hopes this incident will inspire BC and its student organizations to further promote respectful civic engagement.

“It goes from University leadership all the way down to professors and student organizations, especially student governments,” Wieboldt said. “Really trying to focus on those values of tolerance, respect, treating others the way you want to be treated. Which is something that I think all kids talk about when you’re growing up, but it’s difficult to really put into action when you’re old enough to.”

Citing how a lack of tolerance with respect to political discourse on college campuses can be symptomatic of national issues, Wieboldt said that universities are an important place where the next generation of leaders can learn how to be tolerant and respectful of one another.