The Weeknd Compiles Past Hits On Underwhelming Album

By far one of the most surprising snubs of the 2021 Grammy Awards has to be The Weeknd. His 2020 album After Hours, featuring the popular single “Blinding Lights,” set the world on fire, but failed to receive a single Grammy nomination. While he has been vocal about how disrespected he feels, he decided to let his music speak for itself. The Highlights, a compilation album released on Friday, is a collection of some of his most iconic songs from the last decade, designed to prove the musician deserves to be considered alongside the top artists in the industry.

As a greatest hits album, The Highlights is not typical as it features no new music or even any rerecordings. Instead, the album presents a list of The Weeknd’s songs that defined the years they came out, such as 2016’s “Starboy” and 2015’s “Can’t Feel My Face.” What makes The Highlights important is its display of successes from one of the biggest artists in the world. It also includes five songs from After Hours, the very album that led to this collection. But with no alternate takes or unreleased tracks, which are often featured on other greatest hits or remastered albums, every song on The Highlights is one that has been heard hundreds of times. While the album reminds listeners of how successful the artist is, it’s also boring to listen to the exact same songs that were popular just a few years ago.

An interesting aspect of The Highlights is that it’s structured to go backward through The Weeknd’s discography. It starts off with three songs on After Hours and moves somewhat randomly through his discography before finally ending on After Hours. It allows a listener to see how The Weeknd’s sound has changed over time. This also shows how proud The Weeknd is of his discography. After Hours and 2015’s Beauty Behind the Madness each have five tracks featured on the album, while 2018’s My Dear Melancholy has only one track. But his 2013 sophomore album Kiss Land is completely ignored and does not include a single track on the highlight reel. Whether The Weeknd thinks that the ignored albums are truly not good enough or just not popular enough is up for debate.

As one of the biggest names in music, The Weeknd has collaborated with some powerful names over his career–from Lana Del Rey to Drake. But, both Del Rey and Drake have been left off in favor of some of his more recent collaborations with Ariana Grande, Daft Punk and Kendrick Lamar. Daft Punk in fact gets two features on The Highlights, including “I Feel it Coming” and “Starboy.” Meanwhile, Ariana Grande’s single “Love Me Harder” is the only collaboration that was not featured on one of his previous albums.

The Highlights is a collection of some fantastic songs that have defined the career of one of the most influential artists of the last decade. While it’s an interesting look into the head of The Weeknd and a justified bash at the Grammys, in the streaming age, there is no real incentive to listen to this collection over a new album. The Weeknd is one of the biggest artists in the world, but that means everyone has almost certainly heard most of the songs on this album. Although The Weeknd opted out of updating some of his older releases, the album ultimately offers a collection of his greatest past hits. 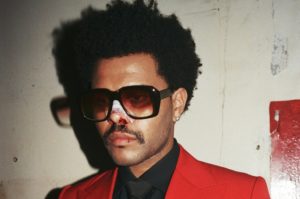