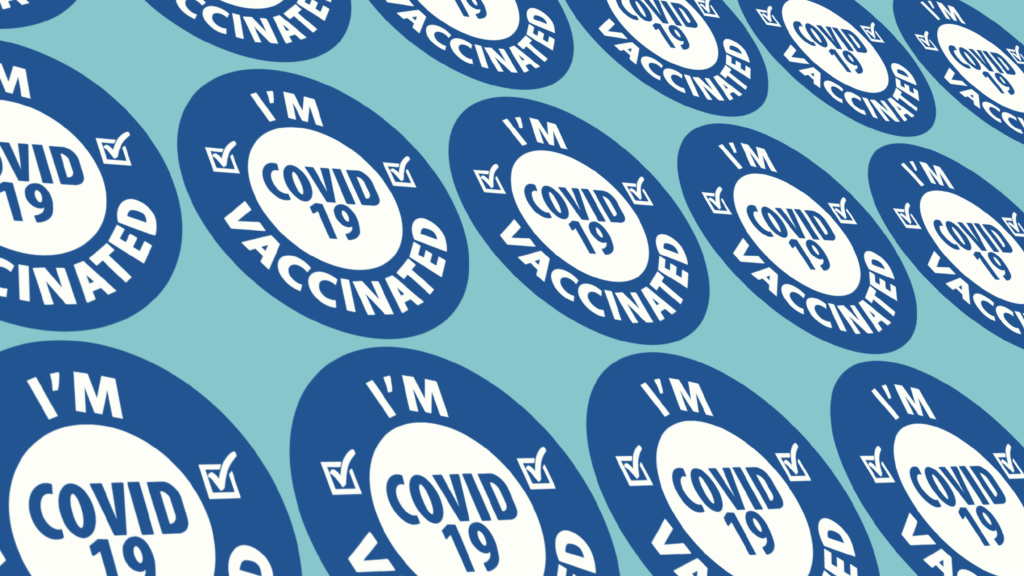 Caroline Daly, CSON ’24, is just one of the students at Boston College who have already been vaccinated for COVID-19. For Daly, who became aware of her eligibility for a vaccination over Winter Break because of her work in a local nursing home, explained how important it felt for her to get vaccinated early.

“Being vaccinated has taken a bit of the weight off of my shoulders,” Daly said. “I feel safer going to work, classes, and home without having to worry about getting sick. I’m very lucky to have been among the first to get the vaccine and can’t wait until everyone who can get vaccinated does so as well.”

Under the Commonwealth of Massachusetts’ COVID-19 vaccination rollout plan, some BC students are now eligible to receive vaccinations and have already begun getting vaccinated for COVID-19.

Flora Dievenich Braes, president of BC Emergency Medical Services (BCEMS) and MCAS ’22, said that BC students who are Emergency Medical Technicians (EMTs) in BCEMS are eligible to receive the vaccine due to their status as first responders.

Braes said that EMTs have been able to sign up for vaccinations either through the Massachusetts Department of Public Health or through St. Elizabeth’s Medical Center, the hospital that BCEMS works with.

“We’ve given [our members] the resources to sign up for [the vaccine], and we’re leaving it up to people to schedule their own appointments for now,” Braes said. “I think most people have either gotten the vaccine or have an appointment scheduled soon.”

Corina Kotidis, an EMT for BCEMS and MCAS ’22, said that it is important that EMTs get vaccinated early in order to keep EMS available to all students on campus.

“If one of the members of the [EMS] crew has [COVID-19], then it could just spread within the organization like a wildfire, and that would deplete all the EMTs,” Kotidis said. “Even if one person is exposed in the organization it would be a mess, and we wouldn’t really have that resource for everyone here.”

EMTs aren’t the only students on campus who qualify for the vaccine, though. Many students in the Connell School of Nursing who work in hospitals and other high-risk facilities are eligible to be vaccinated too.

“Through the whole process of setting up clinicals and everything, I got an email from, I don’t know if it was the clinical placement office or just someone involved in that process, that was basically saying because I was at Mass General, that Mass General was offering [the vaccine] for its students,” Kerriann McLaughlin, CSON ’23, said.

Part of the reason that nursing students have been able to start getting vaccinated, according to CSON Dean Susan Gennaro, is because upon receiving their vaccinations, these students would now be able to turn around and vaccinate others, speeding up the whole vaccination process.

“Part of why nursing students are the priority is they would really like to have people who can vaccinate the world, you know,” Gennaro said. “So let’s get the people who are being educated to do this first so they are able to [vaccinate others].”

Gennaro said that some nursing students who are in clinical programs have received the vaccine at the hospitals they work at, and some have already been able to start assisting in vaccinations.

Some students, including Kayleen Italia, CSON ’22, reported having to sign up for vaccination appointments independent of the hospitals where they are doing their clinicals, as the high volume of individuals signing up for appointments at hospitals has meant that not all nursing students have been provided with appointments.

“I’m a nursing student, so I was supposed to get it through my hospital because I’m doing clinicals this semester at St. Elizabeth’s,” Italia said. “But they told us they didn’t really have enough for nursing students so we kinda had to find our own way to try and get it.”

Italia expressed relief in receiving her vaccine, viewing it as her contribution to making the BC community that much safer.

“There’s an immense sense of relief and reassurance that one day, things will go back to normal,” Italia said. “With that, getting vaccinated means doing my small part to ensure the safety and wellbeing of the greater BC community.”

Many nursing students’ clinicals were moved online at the onset of the pandemic. This semester, some students who have been vaccinated have been able to return to in-person clinicals with the reassurance that they are less likely to contract the virus.

Gennaro spoke about the process by which CSON has been able to acquire a limited number of Moderna vaccines for its students and faculty.

“University Health Services is who gets notified about whether or not they’re going to get any vaccine,” Gennaro said. “And then they have turned around and contacted the [Connell] School of Nursing. They asked us to let them know how many people needed vaccines in the beginning, how many faculty and students, and we let them know, and we keep on trying to update numbers as we know that our students are being vaccinated elsewhere.”

Gennaro emphasized how large of a task it has been for CSON and the University to acquire and distribute vaccines, but noted the importance of getting these vaccines to students and faculty.

“This is really tough, and we have dropped everything to help students get vaccinated so that they can turn around and help vaccinate,” Gennaro said. “We get that this is not gonna go away until we have a high enough percent of people who don’t have COVID.”

Both the Pfizer and Moderna vaccines require two separate doses in order to be fully effective. Kotidis, who had only received the first dose when interviewed, described significant arm soreness as a side effect.

“I will say that my arm killed, like it literally couldn’t move it at all,” Kotidis said. “Other than that, like, I didn’t really get headaches. I did feel a little tired but not like I couldn’t do my daily activities.”

Daly, who received both doses of the Pfizer vaccine, said that she experienced more significant side effects with the second dose than with the first.

“The second dose definitely hit me harder,” Daly said. “The vaccine itself is the same exact dosage and everything as the first one, but that night I started to feel some symptoms. I ran a fever, I had some body aches, and a little nausea, but that’s to be expected with the second dose.”

The Commonwealth recently transitioned to Phase 2 of its vaccination program, opening up vaccination eligibility to individuals 75 years or older. Though general public availability is not expected until April, students who have received the vaccine made it clear that members of the BC community should get vaccinated as soon as they are able.

“Definitely if you have the opportunity, get the vaccine, get the vaccine,” Daly said. “I think that goes for everyone. Do your part in keeping everyone safe, and keep wearing a mask even if you do get it because it’s not foolproof.”