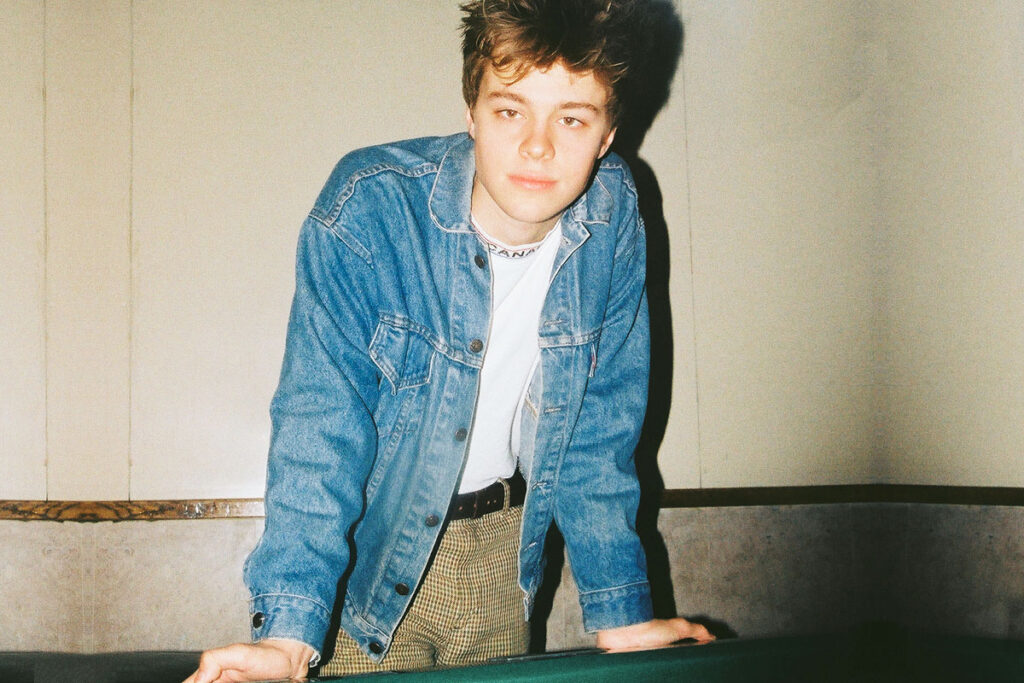 Christian Leave Emerges With New Sound on His Latest EP

Former Vine star Christian Leave has kept the name but ditched the comedy with the release of his latest EP Heavy Hitting Hurts My Head. Leave, also known as Christian Akridge, gained a devoted fandom as a popular influencer on the now-defunct app Vine, a platform he used to post short comedic bits that accrued him a following of over 800 thousand people by the time of the app’s demise.

Leave has been active in the music industry since 2015, initially emerging as a cover artist in his transition from social media to Spotify. His covers of Cage the Elephant’s “Cigarette Daydreams,” Elvis Presley’s “Can’t Help Falling in Love,” and Frank Ocean’s “Ivy” quickly gained popularity as people inside and outside of his Vine fandom alike recognized the talent and potential of his voice. The positive attention generated from his covers ultimately led him to create a new  platform dedicated solely to music. His 2016 debut EP, Hope, featured his most-streamed song on Spotify, “Please Notice,” with over 92 million streams. Two years later, Leave dropped his album Heartbreak Room as well as an EP, Trilogy, though neither work paralleled the initial success of his debut piece.

Heavy Hitting Hurts My Head threatens to break this dry spell. The EP is just under 15 minutes, but it successfully showcases a rock sound that is unlike the softer sound of his past work. Raw emotion and honest lyrics guide the EP down a promising path—one that may result in larger recognition of Leave as an artist.

The EP is composed of five songs that heavily revolve around a theme of anxiety that correlates to his sudden rise to popularity from an early age. Released the Friday before Valentine’s Day, the EP is surprisingly avoidant of the topic of love and relationships. Instead, the work serves as his personal emotional outlet. Leave keeps his lyrics uncompromisingly blunt and transparent. His lines steer clear of poetic opacity in order to provide his listeners with a vivid description of his feelings and emotions to capitalize on the work’s vulnerability.

The work’s open discussion of anxiety and depression speaks to a larger trend of artists from Gen Z using their music as a mechanism to communicate their experiences with mental health. It’s interesting to watch people from this age group emerge into the real world. Leave is 20 and serves as one of the various voices that will come to represent Gen Z’s influence on the music industry for decades to come. It’s also important to notice the switch in transparency in topics previously left undiscussed, with mental health becoming a staple of lyrical influence for this generation’s artists. Not every song is about love anymore—the music of this generation is much more encompassing of “taboo” topics.

The EP itself is a promising stepping stone in Leave’s rise to musical recognition. “Your Life Your Time” is a standout song, with a fast-paced beat and catchy vocals that make it something you can dance to, but it also has deep-cutting lyrics that loiter in your head far after the song’s conclusion. “Bedache” and “Hearts Melt” have a similar sound, both a testament to Leave’s experiment with electric guitars and loud drums to bring his sound into the rock sphere. “Hard Wad Body” and “Filth” slow the EP down, strategically scattered as the second and fourth songs to give the EP purposeful breaks from the other three’s energy.

Fans of Declan McKenna, Cage The Elephant, and The Backseat Lovers would find a similar interest in Heavy Hitting Hurts My Head. Beyond sound, the blunt message of the lyrics and the song’s focus on mental health connects to the music of Rex Orange County.

Ultimately, Leave’s latest EP isn’t necessarily his breakout work. But this could be the start of a great career post online influencer era. The messages of this piece are essential to larger conversations around mental health within and outside of this generation. With this new shift toward a rock sound, it is evident that he is still on his way of fine-tuning his original sound—but his talent isn’t in question. With Heavy Hitting Hurts My Head, Leave reminds us of his dedication to producing content that connects to people.