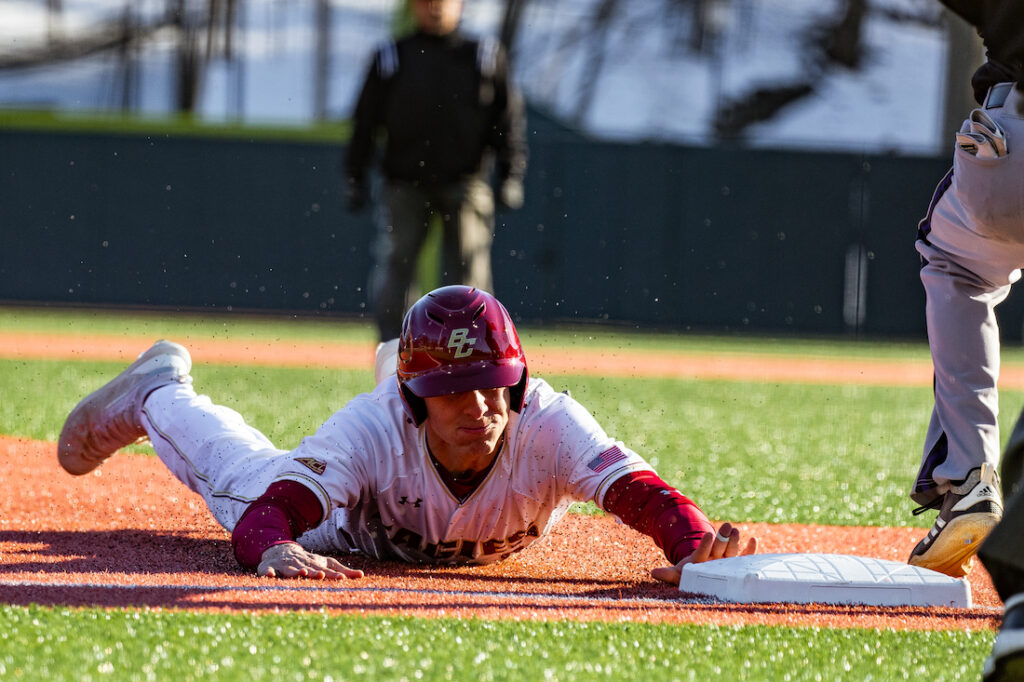 BC Puts Up 24 Runs to Sweep Doubleheader at Charleston Southern

Boston College baseball showed up to play in its season-opening doubleheader, and practically every at-bat was fruitful. BC’s offense put up staggering numbers across the two games: 24 runs, four home runs, 25 hits, and seven stolen bases all in just 18 innings. The Eagles last played 11 months ago with a 10-7 win over Holy Cross but wasn’t a bit rusty to open the 2021 season. Supported by strong starting pitching, the offense cruised to two practically faultless victories.

BC (2-0) carried its momentum from a win in the first game of the doubleheader right into the second game, taking advantage of sloppy defense from Charleston Southern (0-2) to take home a 12-1 win.

Buccaneers’ pitcher Krishna Raj gave up two singles, walked two batters, and hit another two batters in just the first inning alone, and the field allowed a steal and an extra run due to a costly overthrow, which allowed the Eagles to jump out to an early 3-0 lead.

From there, BC coasted, adding runs here and there and breaking out for four in the seventh. A dominant performance from starter Emmet Sheehan bolstered the Eagles’ impressive showing. Sheehan recorded nine strikeouts in his first start of the season while keeping the Buccaneers’ bats almost completely quiet, allowing just two hits and two walks over six innings.

Center fielder Sal Frelick went 3-for-5 with an RBI and two stolen bases, and shortstop Brian Dempsey went 3-for-4 with four RBIs. Sophomore second baseman Luke Gold went 2-for-5 with a double and a triple.

Relief pitcher Joey Walsh gave up one run to the Bucs in the ninth, but the damage was already done, and the victory was sealed for BC.

The first game told a very similar story, as the Eagles dominated in their opener in Charleston to start the season off on the right note, running up a 12-4 victory over the Buccaneers. BC bats both started and ended the game quietly, but the Eagles went on a tear after finding their groove and scored at least one run for five consecutive innings, including a five-run sixth inning.

While Charleston pitchers struggled, BC junior right-hander Mason Pelio had a fantastic opening day start for the Eagles, allowing no runs and only three hits over five innings. The Bucs chipped away at the scoreboard late in the game against relief pitchers Michael Marzonie and Daniel Baruch, but the Eagles’ already large cushion solidified the win for BC.

Right fielder Dante Baldelli hit two of BC’s four home runs in the nine slot, picking up three RBIs and scoring three runs as well. He kicked off the scoring for the Eagles in the third with his first homer of the game, a solo shot. Third baseman Cody Morissette and catcher Peter Burns each drove out two-run homers as well, both going 2-for-4 in the game.

Starter RJ Petit and the rest of Charleston’s pitching staff struggled to avoid walks in the first game. The Buccaneers’ pitchers walked every BC hitter except for one, racking up an unsettling total of nine walks in the game. Walks were partly the cause for the Eagles’ five-run sixth inning in which they only notched two singles but had four batters walk. Petit was pulled after giving up five runs, five hits, and three walks over 4.1 innings pitched.

BC right-hander Marzonie could not find his rhythm on the mound in the opener after coming in to relieve Pelio, hitting two batters while also giving up a walk and a hit before being pulled in the bottom of the sixth.

Some standout defensive performances included Burns catching a runner trying to steal second in the sixth inning, and Pelio picking off the first Buccaneer of the game to reach first base in the first inning. 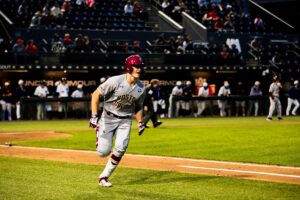 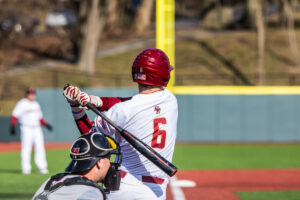