GradReports Ranks BC 11th in the Country Based on Salary

Boston College is the 11th best college for a Bachelor’s Degree in the United States, according to a GradReports ranking based on postgraduate salary data.

In an email to The Heights, Joseph Du Pont, associate vice president of BC’s Career Services, noted that while it is not the only measure of postgraduate success, starting salaries can reflect how employers feel about the value of a BC education.

“As an institution, we want to empower students to lead lives of meaning and purpose as well as position them for postgraduate success,” Du Pont said. “This survey reflects our commitment to accomplishing both of those goals.”

The service ranks schools by their proprietary salary score, a metric based on median alumni earnings in the year after graduation. BC received an overall Salary Score of 96.56 out of 100 at the bachelor degree level.

When broken down by individual majors and undergraduate degree programs, BC ranked among the top five universities in the nation for five different majors, with communication and marketing landing third, and accounting, philosophy, and sociology landing fourth.

BC also received high rankings at the graduate and professional levels, ranking second for finance and 17th for law.

Annabel Hodson-Walker, CSOM ’21, said she was not surprised by BC’s placement.

“I feel like I have gained such an incredible, well-rounded education,” she said. “I am grateful for the portfolio of skills [my classes] have allowed me to develop which I will undoubtedly apply in my career post-college.”

This list was published several months after the U.S. News & World Report released its 2021 ranking, in which BC placed 35th.

U.S. News takes more factors into consideration than GradReports, including graduation rates and faculty resources, and gives each school a total score between zero and one hundred. BC received a 75.

“We focus on the data that is most relevant for prospective students—proven outcomes and high salaries,” said GradReports representative Sarah Glass in an email to The Heights. 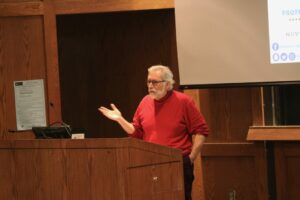 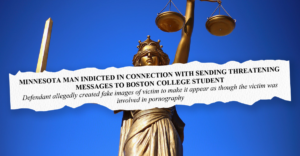