Two men in Southern California were indicted on charges of fraud and conspiracy for creating an educational consulting company that “guaranteed” admissions for students to a number of the nation’s top colleges, according to Inside Higher Ed—one of the company’s clients was admitted to Boston College.

The men—Yi Chen and Yixin Li—wrote essays, forged transcripts, faked standardized test scores, and took the Test of English as a Foreign Language (TOEFL) in place of their student clients.

Admission to these universities, including Boston University, Columbia University, and New York University, allowed the students to obtain F-1 visas to enter the United States under fraudulent circumstances, according to a release from the U.S. Department of Justice.

Both Chen and Li pleaded not guilty at their arraignments.

In a statement to The Heights, Associate Vice President for University Communications Jack Dunn said that BC was not made aware of allegations of fraud in advance of the indictment.

“In January of 2020, Boston College received a request for information from ICE regarding one international student who applied to the Woods College of Advancing Studies,” Dunn wrote. “The University was not made aware of any allegations of admissions fraud, or notified in advance by the U.S. Attorney’s office of the allegations in the indictment.”

Dunn also said that BC is looking into withdrawing acceptances for students who submitted fraudulent applications.

“BC has in the past withdrawn the acceptance of students who have submitted false information in the admissions process,” he wrote. “We are currently looking into the matter.

Chen and Li, who are based out of Los Angeles, are also linked to a group of “imposter test-takers” who previously pleaded guilty to using fake Chinese passports to take TOEFL exams for international students in order for them to gain admission to universities and obtain student visas, according to the Department of Justice. The six defendants in that case were sentenced to probation.

Philip Altbach, founding director and research professor at BC’s Center for International Higher Education, said that the issue of admissions fraud among international students is growing.

“This is part of a deep problem in global higher education that is based in something called ‘agents,’” Altbach said. “And there are hundreds, maybe thousands of people, most of them outside the U.S., who are ‘helping’ prospective students learn about and apply to universities all around the world.”

Altbach said that while the majority of agents who assist international students with the college application process do so legally, there are a large number who don’t

“Some number of those agents are crooks,” he said. “Most of them are perfectly legit, and work with the student and the University to make sure they have all the documents lined up. But the point is this current little scandal is part of a much bigger problem.”

Altbach said that one reason these admissions schemes are becoming more and more common over the past decade is because universities have been cutting back the number of people who work in admissions offices.

“This is not relating to BC at all, but colleges have cut back their admission staff, and so they don’t have people on campus in the office who can carefully evaluate this stuff,” Altbach said. “Because a lot of the time, what I’ve read about this current little problem, is there were inconsistencies in the applications and so on that were caught. And you need some expertise on campus to do that.”

The court ordered Chen to be detained at his arraignment on March 8 pending his trial, which was scheduled for May 4, according to the Department of Justice. Li’s trial is scheduled for April 27.

Altbach also said that Chen and Li’s fraud is a microcosm of the wider issue of college admission schemes.

“It’s the tip of the iceberg,” he said. “It’s a big issue, this whole issue of fraud and sort of bad values.” 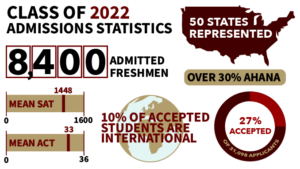