South Park creators Trey Parker and Matt Stone consistently use their platform to challenge societal norms and illuminate political issues that are often overlooked in the world. Whether through a depiction of Mickey Mouse running a Uygur internment camp or a mass criticism of targeted anti-smoking advertisements, Parker and Stone routinely convey their opinions through their animated characters in the fictional town of South Park. Their most recent special, aired on March 10 on HBO Max, continues this trend. The episode critiques the difficulty of receiving a COVID-19 vaccine and lampoons the U.S. Capitol rioters as well as members of the extremist group QAnon.

The episode begins with many townsfolk, alongside teachers at South Park Elementary, waiting in line for a vaccine outside a Walgreens that resembles a popular nightclub, complete with a bouncer at the door who asks if people are “on the list.” Due to the lack of access to vaccines, Cartman, Kenny, Kyle, and Stan have a couple of creative strategies devised to get their hands on some.

The imagery behind the vaccine’s exclusivity continues through the episode, as the debate for who deserves a vaccine grows into an outright battle resembling the Jan. 6 Capitol insurrection. One can directly take away Parker and Stone’s frustration toward the lack of wide access to vaccines. Teachers at South Park Elementary don’t feel comfortable teaching without a vaccine—and right now, neither do a lot of teachers at real schools.

In a central subplot, Bob White gathers his group of QAnon supporters to begin teaching elementary school-age children about their beliefs. White is used throughout the show as a personification of the far-right movement in the United States. White and his QAnon supporters argue the vaccines are microchips for “the elite” to track their every move. Fit with actual QAnon members, much of the episode seeks to not only mock the group but also plays into a detailed subliminal message. Throughout the episode, the show  places easter egg Qs and the special is even named “South ParQ Vaccination Special.”

Jokes don’t detract from the show’s broader comment on the pandemic. Since 1997, South Park has never strayed too far from reality with its depictions of the world. While a Walgreens is not a nightclub, in 2021, the demand for a vaccine is second to none. Parker and Stone know this, but it’s almost as if they’re alluding to the hilarity of the world, telling us that even in its current state, the world is rife with absurdity. 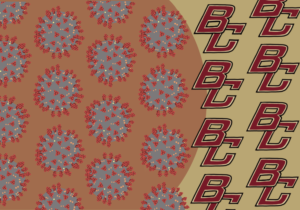