COVID-19 has only accelerated steep declines in enrollment of urban Catholic schools that were already increasing in the 2000s, causing many more of them to close, according to Andrew Miller, an assistant professor in the Lynch School of Education and Human Development.

Lynch and Boston College’s Urban Catholic Teacher Corps (UCTC) are collaborating with the National Catholic Educational Association (NCEA) to conduct a national study about the current state of urban Catholic schools throughout the country.

“I had done a lot of work in urban education reform at the policy side of things, you know, making sense of bigger policy pushes, and we kind of realized that there’s this narrative of stuff going on in urban Catholic schools, and we wanted to kind of update that work,” Miller said. “We didn’t see anybody doing systematic broad-scale research about the phenomenon of urban Catholic education.”

Working with Charles Cownie, director of UCTC, Miller read through O’Keefe’s research and decided to create an updated study. To make this happen, the two decided to partner with the NCEA to design a national survey.

“So the study came from questions we were asking about urban Catholic education, but really arose out of the partnership of all of these people doing individual work in urban Catholic schools, realizing that there was, you know, a need to study this particular phenomenon,” Miller said.

“As schools have closed, have the schools that closed been the ones that served students of color and low-income students?” Miller said. “Have the schools that stayed open, opened their doors to those communities? We don’t have good data about the structure, the staffing, [and] the students in these schools, and so we really wanted to do this research.”

One of the greatest challenges these urban Catholic schools face, according to Miller, is the lack of centralization within the system of education. Unlike public schools, each school acts as its own independent agent, so systemic change is a very slow process.

“Well, in the Catholic system, everything is much more radically decentralized than in the public sector,” Miller said. “And so one of the biggest factors is that with the lack of a systemic change initiative … every school has to act as an individual agent, right, there isn’t a lot of systemic action. Schools aren’t acting necessarily in a collaborative way.”

Schools struck the hardest with declining enrollment and closures are often the ones that serve minority communities, Cownie wrote in an email to The Heights.

“Though urban schools only make up 38 percent of Catholic schools in the United States, in the last year it is urban Catholic schools that have experienced 52 percent of closures or mergers (NCEA, 2021),” Miller wrote. “These closures impact entire communities and the Church.”

Cownie summarized the importance of his study, writing that it will provide a broader understanding of urban Catholic education for years to come.

“Our study will lay the groundwork for a broader understanding of what is necessary to lead change in urban Catholic schooling of the marginalized and excluded over the next 20 years,” he wrote. “This work will provide for researchers, practitioners, and policymakers in Catholic education a more robust and complex way to make sense of the current challenges and needs of these schools.”

Miller said that one goal of the study is to find statistical and qualitative evidence that answers the question: Are urban Catholic schools serving their goal of helping those who have pushed to the margins of society? 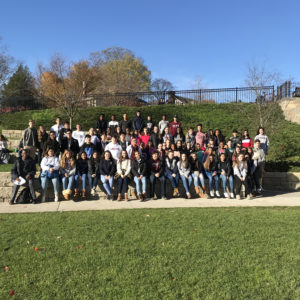