Most Power Five football schedules include a stop in the shallow end before getting drowned in the slog of legitimate out-of-conference opponents and in-conference foes. Boston College football has set itself up not so much with a gentle entry to the deep end, but a three-part ramp-up schedule into its Week 4 game against Missouri. The first stop went as planned, as BC overcame a slow start to romp Colgate 51–0.

UMass might technically play at a higher level than Colgate—FBS compared to FCS—but the distinction feels largely symbolic after the rocky road the Minutemen have faced over the last couple of seasons. Casual observers of UMass football under former head coach Mark Whipple might remember the Minutemen as a bad, albeit somewhat competitive, opponent that could usually at least put up some points. In the four years since the Minutemen became independent, they’ve won just 11 games.

The game will be broadcast on NESN+.

Audio coverage of the game will be available on the Boston College Sports Network on WEEI 93.7 FM.

The Battle of the Bay State has gone on for over 100 years, though it’s seen quiet periods over the years. UMass dominated the Eagles in the early years of the 20th century, holding them scoreless on three occasions. In a story all too common in the early days of college football, only two of those shutout performances resulted in wins, as the 1902 rivalry matchup ended in a prolific 0–0 tie.

The rivalry has dissipated considerably since then. While the two programs faced off every season between 1966 and 1982, UMass only came away with two victories. The sporadic restart of the series over the past two decades has fielded even fewer competitive results, as the Eagles have won all six of the games by double digits, and most of them by far more than that.

The most notable aspect of this latest iteration in the series is the location. The Eagles have not traveled to Amherst since 1982 but will be doing just that when the two teams face off on Saturday. All of the teams’ meetings in the 21st century have either been played in Chestnut Hill or in Foxboro, Mass. at Gillette Stadium.

What To Expect From UMass

It’s tough to find an upside in UMass’ offensive performance in 2020. The Minutemen gained just 3.3 yards per play, converted 25 percent of their third downs, and scored just three points per game. None of those marks ranked above 125th in the FBS. Seven quarterbacks saw the field over UMass’s four games, and none of them could quite get the job done.

Still, UMass head coach Walt Bell has a new, considerably more talented quarterback in charge of the offense this year. After spending the first three years as a backup at Colorado, quarterback Tyler Lytle came over to Amherst in the offseason and beat out the host of returning quarterbacks in spring camp.

Despite the change under center, early results have not been promising. Lytle went 14-of-31 for 167 yards in a 44-point loss to Pitt to open the season, although the struggles of UMass’ offensive line are a necessary caveat to his performance. Pitt’s front seven had Lytle under assault all game long and brought him down five times, as well as limiting UMass to just three yards per carry on non-quarterback rush attempts.

While the Minutemen spent almost all of their 2020 downs in expected pass situations as they played catchup, Bell’s offense passed on a modest 48 percent of plays. The same pattern held true against the Panthers. Even down by double digits in the second half, UMass often elected to run the ball on early downs and never had much success.

Rutgers transfer Kay’Ron Adams was UMass’ top back against the Panthers, carrying the ball 11 times for 32 yards. The Minutemen’s top receiving threat is Jermaine Johnson, a speedy outside receiver who is often employed on screens and other plays around the line of scrimmage. Johnson led the team with 96 yards last season and notched 52 against Pitt.

For the majority of teams in college football, allowing one fewer yard per play in 2020 than in 2019 would be a resounding success. For Bell and UMass, it meant a jump from being by far the worst defense in college football to just being among the very worst.

The final score of their season opener aside, the Minutemen showed a degree of improvement over the first few series against Pitt’s offense. By electing to rush just three and drop deep into coverage against Pitt quarterback Kenny Pickett, UMass successfully forced the Panthers into short pass attempts and held them scoreless on its first two possessions.

The success was short-lived, as Pickett took advantage of the limited rush to stand back in the pocket and sling the ball around the field for 272 yards and two touchdowns. Pitt was equally successful on the ground, as Pickett and a flurry of different backs amassed nearly 250 yards rushing.

Senior Avien Peah led UMass in 2020 with six tackles for loss as a defensive lineman in 2020 and has moved to linebacker in 2021 in an attempt to temper the loss of the team’s top two linebackers to transfer. The secondary returns four starters and is the most experienced group on defense.

With some charitable thinking, it seems possible that Bell has UMass on track for a slightly less dreadful year than the Minutemen have experienced in the last couple. Lytle is talented, the defense has some experience, and the program finally has a filled-out roster after playing last year with a scholarship deficit.

This modest level of competence should help the Minutemen prove competitive at points this year, but the matchup against the Eagles will not be one. BC has at least as strong of a passing attack as Pitt and should be able to match the Panthers’ dominance. If UMass opts for the same heavy drop system that it employed against Pitt, BC’s offensive line should give Phil Jurkovec ages to find receivers downfield or take advantage of the Eagles’ speed around the line of scrimmage. The biggest question for BC is whether the run game can improve from its below-expectations display against Colgate. 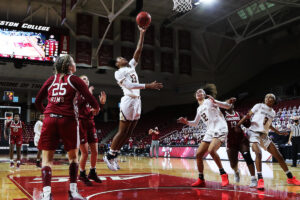 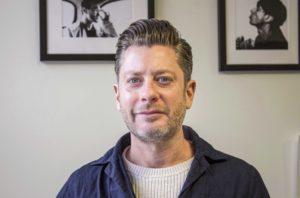