Witchcraft is the New Black

Black cats, broomsticks, and big bubbling cauldrons are most likely the images conjured up when someone mentions Witchcraft, but what about a notepad and pen, positive affirmations, or an amethyst crystal? Maybe surprisingly, the latter is a more accurate representation of what it means to be a Witch in the 21st century. In fact, the general understanding of Witchcraft is so outdated and misguided that the Merriam-Webster dictionary currently defines it as “the use of sorcery or magic” and “communication with the devil or with a familiar.” This definition couldn’t be further from reality, especially when acknowledging that the type of Witchcraft people think of most often is a form of paganism that predates Christianity and conventional conceptions of the devil. For the longest time the Witches have been met with suspicion, hostility, and outright violence as a result of this false narrative and other misunderstandings. All of that is changing, however, as the movement gains momentum and becomes more mainstream. Famous figures in the Witch community like Juliet Diaz, who has published books on the topic and has a social media following of tens of thousands, are redefining our narrow conceptions of Witchcraft. She asserts that a Witch is “an embodiment of her truth in all its power.” Although that definition is helpful, what specifically does it mean to be a practicing Witch? And is it a good thing?

Modern day Witchcraft is a lot more flexible and individualistic, making it hard to define. It can range from setting intentions and manifesting them through meditation, to “charging” your crystals in the sun and keeping them nearby for good energy, all the way to ordering specific herbs online, following a spell book, and practicing daily rituals. That’s part of its beauty—without the rigid barriers of institutional structures, you are free to do whatever feels right for you. So, a more accurate definition might be “spirituality that is self-determined, anti-patriarchal, and flexible enough to incorporate varied cultural traditions.” The freedom from institutions that Witchcraft offers, in direct contrast to established religions, could serve as a partial explanation for its growing popularity among members of Gen Z. You probably know a self-proclaimed Witch or two, and even if you don’t, you’ve most likely met someone who has dabbled in Witchcraft. This is unsurprising because Gen Z is the least religious generation to date, with one third of us claiming to have no religion. But Americans at large—including Gen Z—are embracing spiritual beliefs. A 2017 study from Pew Research Center discovered that 62 percent of Americans hold at least one “New Age” belief, which is something to the effect of believing in reincarnation or astrology. So, why is it that Gen Z is leaning away from traditional forms of religion and into new kinds of spirituality like Witchcraft? I believe that the answer lies in the unique makeup of our generation and the environment we have grown up in. Firstly, Gen Z has grown up in a “culture of choice” wherein the opportunities for self-actualization and freedom of expression are seemingly endless. In the same way that we push back against defining our sexuality and embrace the notion that gender is fluid, we also reject the sharply defined titles of any one religion that might limit our individual spirituality. Further, many of us view conventional religions as intolerant, abusive, and corrupt because of scandals like the exploitation of children by Catholic priests and the jihadist attacks that we have lived through. It is because we exist in a globalized world that is more ethnically and racially diverse—as well as more multicultural and cosmopolitan—than ever before that our values reflect this environment. Gen Z not only embraces, but to some extent demands, tolerance and diversity. Witchcraft gives people an alternative to institutions that historically oppose these values, making it that much more attractive.

Beyond the demographic of age, the relationship between Witchcraft and gender is a significant one. Today, women are more likely to hold a “New Age” belief than men and account for a much larger share of the Witch population than men. The women-centric aspect of Witchcraft finds its roots in the anti-patriarchal and female-empowering history of Witchcraft. Whether it was back in feudal times when groups of women who healed with herbs were labeled Witches or more recently in the wake of Donald Trump’s election and the #MeToo movement which sparked groups of women to use the term “Hex the Patriarchy,” witchcraft has always been feminist in the sense that it is about working outside of the church and patriarchal structures. As Gabriela Herstik, author of Inner Witch, notes, “Witchcraft is feminism, it’s inherently political. It’s always been about the outsider, about the woman who doesn’t do what the church or patriarchy wants.” Therefore, beyond spirituality, witchcraft holds an inherent activism, which is another reason Gen Z might be drawn to it.

Those who disapprove of the practice of Witchcraft and oppose the growing trend of spirituality without religiousness tend to cite research that suggests that “youth with high religious commitment do better on a variety of social measures—use of drugs and alcohol, promiscuity, depression, grades in school—than those with weak religious ties.” Although this is a valid concern, the findings are strongly tied to regular participation in religious congregations rather than simply holding a religious belief, which suggests that better social behavior is tied more to community. Furthermore, people who automatically flinch at the term “Witchcraft” or laugh it off as a sham probably still associate it with the negative stereotype that has taken root over hundreds of years. Either way, Gen Z, and specifically the women of Gen Z, are moving further away from organized religion and closer to practices like Witchcraft, with the most recent stats showing that the United States’ adult population of Wiccans and pagans (only two of the many types of Witches) is on par with the number of Unitarians, standing at 730,000 people as of 2014.

It may still take some time for people to come around to the idea of Witches living among them, but I believe that this trend should be embraced and is an extremely encouraging sign for our future. Witchcraft is ultimately an alternative to organized religion void of the oppressive power structures and hierarchy found in traditional institutions. Further, unlike the church, it isn’t centralized and therefore cannot be corrupted. It is also culturally inclusive, encourages diversity in thinking, is woman-centric, and is anti-establishment. Witchcraft is more fitting for our generation, our values, and the world in which we live. So, it might be time to throw aside old biases and suspicions and head to your local magick shop for some frankincense, mugwort, or to buy a crystal or two!

The featured image has been changed to replace a graphic that mistakenly included a religious symbol. 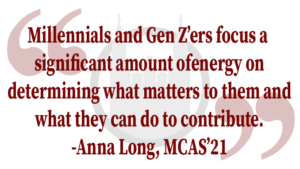