The BaconEggandCheese Dilemma, and Other East Coast Things

Coming from San Francisco, it feels like every other person I’ve met on campus is from New Jersey, Connecticut, or somewhere in Massachusetts. As a freshman in my first month of college, I have felt a little isolated at times because no one seems to miss home as much as I do. While I knew things were going to be different here (as I knelt on the floor of my dorm room on that first day quietly drowning in my own sweat and unpacking an embarrassingly full suitcase of sweaters and hoodies), I wasn’t quite prepared for how different.

I’ll just say things get pretty heated around here—and I’m not just talking about that little white box in my room that read an impossible 104 degrees on move-in day. When I casually mentioned to someone that I was from San Francisco while I was sitting uncomfortably on Stokes Lawn with sweat pooling in the creases of my bent legs, I was hit with this fiery retort:

“Oh, so you’ve never had a bagel before.”

The girl I had met just seconds before, who seemed full of sunshine and rainbows, turned “Jersey” on me in a split second.

“You wouldn’t know a real bagel if it hit you in the face.”

I say she “turned Jersey” on me because a) She was literally from New Jersey—but not central New Jersey because apparently, that part of New Jersey doesn’t exist, or so I’ve been told and b) My dad is from New Jersey and I’ve seen him go “Jersey” a time or two. I don’t think this needs a lengthy explanation, but it involves raised voices and hand gestures.

What I really wanted to tell her is that she wouldn’t know a real piece of avocado toast if it was offered to her on a rustic board, served on vegan, gluten-free, organic nut bread, and sprinkled with microgreens and chili pepper. But I figured that wasn’t the point she was trying to get at. Also, I was just too hot.

It was at this moment that I learned about the baconeggandcheese (did I call my New Jersey dad to confirm that the term was baconeggandcheese and not bageleggandcheese before writing this piece? Yes. Yes, I did). Pro tip: it must be referred to as one word. While I was dreaming of mashed avocados on ridiculously thick slabs of bread for the price of a studio apartment in Beacon Hill, my New Jersey counterparts were hankering for something a little more … substantial? Hearty? Meaty? All of the above.

As I partook in the frivolity on the morning of my first tailgate outside Alumni Stadium, I laid eyes upon my first official baconeggandcheese. Leaving no room for ambiguity, there, sandwiched between a bagel, was—you guessed it: bacon, egg, and cheese. As one of a handful of non-vegans in my hometown, I’ll say this: it was wicked good. (Did I say that correctly?)

As I laid in my bed many nights later, just dreaming of that baconeggandcheese and debating whether or not I even knew who I was anymore, I was shaken from my stupor by a crackling noise that suddenly took over the drone of the fans in my room. My California-trained brain ran through all possible end-of-day scenarios and their corresponding solutions: Wildfire? Stop, drop, and roll. Earthquake? Duck and cover. Santa Ana wind? Sleep in the windbreaker that I hastily stuffed in my bag before leaving home. Turns out: none of the above.

What I found, when I stumbled out of my raised bed to rush to the window, was the exact opposite of a California disaster. It was a beautiful, glorious, torrential downpour, the likes of which could single-handedly reverse all drought in the great Golden State. And also thunder and lightning. Two things that we almost never experience. I went back to bed and fell quickly asleep. “Dammit, if Beantown wasn’t growing on me,” said the new girl in town. (Spoiler alert: That’s me.)

The next day, as I walked down the stairs toward the dining hall, decked out in a heavy-duty raincoat (note: everyone else was wearing shorts and a t-shirt), desperately gripping the hand railing and trying to avoid falling on my face (which I know will become a bigger battle once the snow sets in), I realized that not once in my life had I ever seen this much rain, and never, ever this much green.

I might not know a bagel from a button, or how to act in any weather situation other than 65 degrees and fog, but I do know that Massachusetts is trying its level best to teach this California girl some things. As long as I don’t boil alive or slip on some ice before the end of the year, and as long as I take some time to really listen to my bagel-expert friends, I know I’ll have some things to teach my California contingent when I make the trip back to my City by the Bay.

san francisco Bacon Egg and Cheese Beantown
Coughing on Campus: The BC Plague
A Love Letter to BC Football from a Recovering Sports-Hater 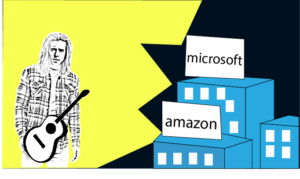