Few artists can count on droves of fans to cheer them on with loud voices and full hearts on a Tuesday evening, but Jake Scott, Keshi, and LANY were able to do just that in Boston University’s Agganis Arena for LANY’s gg bb xx tour.

Scott, a pop artist making a name for himself through his monthly single releases, opened the night with an energetic and earnest performance. While some tracks like “Overthinking” and “CWJBHN” highlighted Scott’s rapping and lyrical skills, slower tunes like “Tuesdays” and “Off” created an intimate connection with listeners even within the gigantic stadium.

While Scott closed his part of the night with a down-to-earth, full-hearted performance, Keshi followed up with an ethereal, elegant entrance. Appearing on stage with a flash of purple light, Keshi jumped right into “Beside You,” one of his classic R&B, lo-fi tracks. When the song ended, he greeted Boston with charisma, throwing off his Yankees cap at the crowd’s request.

After a remix of his original song “talk,” a display of his electric guitar skills on his track “drunk,” and an energetic delivery of a new piece, “right here,” Keshi asked the audience to choose his next track. The crowd aptly decided on “like i need u,” Keshi’s most-streamed song on Spotify.

As the night went on, Keshi’s wit and energy unfurled effortlessly, ending in an all-out performance of “2 soon” that had the artist jumping all over the stage and the audience dancing along with him.

Following a brief break, bright red numbers on the stage TVs and a building instrumental announced LANY’s imminent arrival. In another flash of light, vocalist Paul Jason Klein appeared jumping around on stage. His band members stood elevated on a platform behind him, dancing along to each song as they played.

Klein started with a lively performance of “get away,” followed directly by “Thick and Thin” and “Super Far.” After these classic pop songs, LANY performed “Cowboy in LA,” an intimate song about Klein’s upbringing in Oklahoma. Klein’s ability to adeptly switch between upbeat tracks and emotional ones illustrates his impressive range and seemingly effortless self-assurance as a thoughtful, reflective artist and performer.

The night continued in a similar pattern of pop tracks followed by a more mellow song, and LANY fans sang their hearts out to every tune. Klein accepted roses from the audience, underwent a few minor outfit changes, and mixed in some interpretive dance moves all while delivering steady vocals and clear lyrics.

In the middle of “If You See Her,” Klein descended from the stage and ran out into the floor area. Fans immediately swarmed around him, enveloping him in cheers and love while he continued to sing.

He returned to the stage for “dancing in the kitchen,” “Thru These Tears,” and “Malibu Nights,” before concluding the show with “you!” and “ILYSB” for the encore.

LANY’s energy remained exuberant and endless throughout over 20 tracks, proving the band’s passion for its work and its absolute love for its fans. The feeling is definitely mutual, and audience members left the stadium raving about their favorite performances from all three artists. 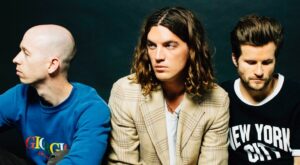 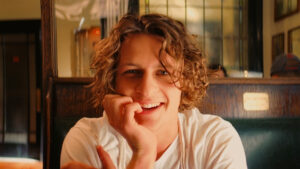 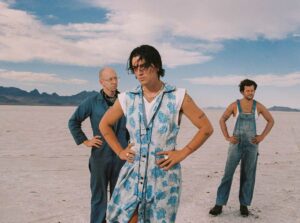