Radiohead has gone back in time with its re-release of its albums Kid A and Amnesiac along with several unreleased tracks in a project called Kid A Mnesia. While many of the songs themselves might not be new to fans, these updated versions and the new releases offer a deeper look into the recording process of Radiohead’s previous albums.

Stylistically the new tracks are very much on par with Kid A and Amnesiac. The constant flow of electronic beats courses through the veins of the material but leaves little room for Thom Yorke’s voice. His lyrics are sparse and almost nonexistent on the second half of the material. Kid A and Amnesiac were regarded as an unexpected departure from the band’s normal style, and Kid A Mnesia is very much the child of the two albums.

While this collection of tracks is enjoyable, most of the tracks are a bit half-baked. A lot of the material only works within the context of Kid A and Amnesiac. Some tracks don’t sound fully formed, and that’s clear just from their runtimes. “Pyramid Strings” is barely given a minute while its completed counterpart later on the tracklist, “Pyramid Song,” is almost five minutes long. It’s disappointing that in 20 years these tracks weren’t fleshed out more. At the same time, these recordings still serve as a time capsule of that era of Radiohead’s history.

The new album is also missing transitions between each track that would make the entire piece feel whole. The entire album seems like a collection of ideas that didn’t make the cut, which would have sufficed to make the release exciting if Radiohead had made an attempt to blend them together a little better. In the second half of the album, some songs try to lead into each other a little better, but the overall album remains disconnected. The transition from “Pulk/Pull (True Love Waits Version)” into “Untitled v2,” for instance, is notably jarring because the tracks differ greatly in tone. The disjointed nature of the album feels amateur for Radiohead.

“Follow Me Around” is probably the most interesting track on the album with its gentle instrumentals—a stark shift from the other songs. The fact that the tender acoustic track was recorded during a period when Radiohead was producing mostly electronic music is intriguing and might hint that the band was heading in a completely different direction as it began recording Kid A. It’s like a glimpse into a parallel universe and shows how much thought went into the sound of Kid A and Amnesiac.

Kid A Mnesia is a deep dive into one of the most creative periods in Radiohead’s history. Anyone looking to revisit Kid A and Amnesiac now has the opportunity to appreciate the albums more through a glimpse into Radiohead’s creative process. It’s not quite a coherent album, but it’s worth a listen to witness the evolution of a beloved band. 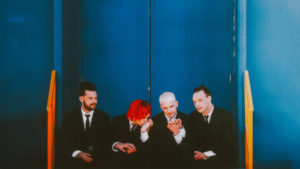 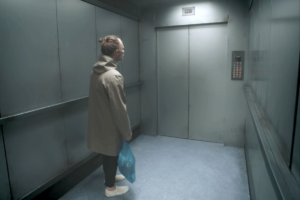