Running through marble hallways, past gold-trimmed portrait frames and sculptures draped in plastic, FBI Agent John Hartley (Dwayne Johnson) and Nolan Booth (Ryan Reynolds) chase each other through a museum—immediately immersing the audience into an action-packed mystery story. Red Notice arrived on Netflix with its star-studded cast on Nov. 5, offering audiences comedy and a plot full of double-crosses and fast-paced chase scenes.

The movie begins with a documentary-like introduction to the legendary treasure that the plot revolves around: Cleopatra’s third egg. While the first egg resides in Rome and the second with a private buyer, the third golden, gem-studded egg remains lost. Hartley and Booth are both after that third egg.

All things considered, this is a fun, entertaining movie with a very talented cast of superb actors and actresses. Red Notice is a quality addition to a very popular, very full genre of comedy-action movies. From start to finish, director Rawson Marshall Thurber leaves the audience guessing which character will be double-crossed next.

The plot takes a variety of unexpected twists and turns on the path to a relatively satisfying, but predictable ending. While the several double-crosses add volatility—and perhaps even creativity—to the movie, the flow of the movie is unsurprising.

Reynolds never fails to carry out his role with particular suave with his smooth line delivery, although he seems to be pigeon-holed into the same role in many of his movies. He plays the cunning, witty, and handsome thief who is able to escape authority, and he is perfectly suited to this role here and in the popular Deadpool films.

In a similar sense, Johnson plays his typical no-nonsense-exterior-but-kind-heart-interior character for most of the movie. But who doesn’t love “The Rock”? The movie portrays a typical plot headed by actors playing very typical roles with no sense of exploration or originality.

But if the audience can get beyond the unoriginality, the extravagance of the museum sets and the intensity of the action scenes still provide a source of entertainment. As Netflix’s most expensive original movie to date, with a massive price tag of $200 million, the overall production was admirable. The CGI and animations were impressive, including a realistic bull that causes mayhem.

Ultimately, Red Notice is exactly what it advertises itself as. It’s a funny, wild, irreverent, silly family movie with a cast that performs their natural roles with ease. But, for anyone scrolling through Netflix looking for something new, something different, something to make you think or leave you in awe, this is not it. 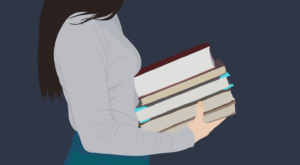 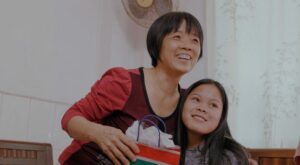