Home » “Only as Catholic as You Make It…”
Opinions, Column

“Only as Catholic as You Make It…”

When my tour guide said that Boston College is “only as Catholic as you make it,” they may have been reflecting a true reality for many students. As a Jew and a member of the LGBTQ+ community, it has not always been true for me.

When I first learned that BC refused the creation of a student funded LGBTQ+ resource center on the grounds that doing so would compromise the University’s “Catholic values,” I was astonished.

While BC is a Catholic, Jesuit university, it is also a nationally ranked, flagship educational institution that ought to prioritize making all students feel welcome and supported. Considering the historically tense relationship between the LGBTQ+ community and the Catholic Church, BC, a university at the crossroads of old and new ways of thinking, occupies an especially opportune position to right prejudice and set an example for acceptance.

Certainly some members of the BC community would say simply that I chose the wrong college. The former president of the BC Republicans, Thomas Sarrouf, BC ’22—a man who I certainly do admire for his resolve—seems to hold this view.

“I think when the University not only is a private institution, but just in terms of thinking about violations of conscience … why would they be required to, I guess, promote an orthodoxy that they fundamentally don’t believe in and fundamentally think violates their conscience or the character of their Catholic identity?” Sarrouf said.

I have struggled to contend with the true import of Sarrouf’s perspective—that a nationally recognized University in the 21st century could pass off homophobia as religious freedom. I have also struggled to invalidate his sentiment. BC does, after all, have the right to establish any policies it so wishes.

I do not mean to use “Catholic” as a pejorative synonymous with “intolerant” or “prejudiced.” I mean only that I hope BC will become a more welcoming, more accepting institution. After researching the issue, I have reason to believe that I am not alone in that hope.

I spoke to Christine Cichello, the campus minister for the Christian Life Community, a Campus Ministry LLC, to better understand the interaction between the LGBTQ+ community and the BC ministry. I was both surprised and delighted to learn of the widespread acceptance of LGBTQ+ students by the BC ministry.

“I would say all my colleagues—I mean, we have 14 campus ministers—I think we all individually are very supportive and walk with students along that journey, wherever they’re feeling called.”

Cichello’s office—a better word would be her “lounge”—consists of a small desk, a large and comfortable couch, and a few chairs. It seems that everything in the minister’s office is there to provide support. When I asked Cichello more pointedly about the prospect of an LGBTQ+ resource center, she showed approval.

“I definitely think there should be a resource center for LGBTQ students,” she said. “I mean, it’s a marginalized group in the church, and the pain that I hear from students around that issue … it doesn’t reflect, to me, what God wants for us.”

St. Ignatius parishioner Father Joseph Costantino, S.J., echoed Cichello’s message. I found Costantino, a kindly man who speaks with a thick Brooklyn accent, to be quite knowledgeable about and supportive of the LGBTQ+ community. I was surprised when, almost in passing, he mentioned the LGBTQ+ group that has existed at St. Ignatius for nearly six years.

“When I came, we put in this Peace, Justice, and Reconciliation Commission, which has a racial justice committee, a green team on environmental issues, an immigration group, and a group on LGBTQ+.”

There seems to be support and affinity everywhere on and around BC’s campus. In total, there are upward of 12 organizations which provide support to the LGBTQ+ community at and around BC, some affiliated with Campus Ministry.

After speaking to Costantino and Cichello, I was struggling to understand how the University justified its dismissal of a resource center on the grounds of “Catholic values.” It seemed to me that the BC administration, by denying the creation of an LGBTQ+ resource center, was simply the lagging strand on this issue.

Costantino said it well: “There’s a healthy conservatism about moving forward as an institution. Institutions do that—they always lag behind change.”

To better understand the administration’s “healthy conservativism,” I spoke with Chris Rizzo,  former president of the Gay Leadership Coucil, a subcouncil of UGBC, and BC ’22. When I asked him why the University might be against a resource center, Rizzo suggested that authorizing one might be incongruous with the “Jesuit way of doing things.”

“You want to do things on a person-by-person basis. They don’t want to separate people into identity groups,” Rizzo said. “But what that actually does is it isolates the community and we exist in a bunch of different pockets … but we never come together. …[The administration believes] that bringing together those different elements is too public, and it’s too, you know, robust.”

Such an argument—that it is not “Jesuit” to group individuals based on identity—seemed hypocritical to me considering that the Thea Bowman AHANA and Intercultural Center (BAIC) was founded over 40 years ago. It is easy for one to discern a certain double standard being applied to these two marginalized communities.

I was also taken aback by Rizzo’s suggestion that the administration would rather keep the LGBTQ+ community of BC quiet. Elsewhere in the interview, Rizzo suggested that the approval of an LGBTQ+ resource center would ring alarm bells for the most conservative donors.

Around halfway through my research process, some progress did indeed arrive. When Vice President for Student Affairs Shawna Cooper Whitehead announced changes to the BAIC that would drop the AHANA+ acronym from its name and incorporate an LGBTQ+ staffer, I was conflicted. While it was not the change that the LGBTQ+ community had been pushing for, it was certainly concrete, measurable progress.

Many in the AHANA+ and LGBTQ+ communities were offended by the change. A petition opposing the move garnered upward of 300 signatures, and Cooper Whitehead eventually paused the restructuring until further notice.

Sergio Acosta, a bisexual Mexican American student and MCAS ’25, expressed his frustration to me: “They’re kind of just pushing us all into a corner.”

Attempting to make sense of the issue, I spoke again with Rizzo.

“Ultimately I think it’s a good thing,” Rizzo said. “The LGBTQ students’ support does not belong where it’s been at BC for the past decade or so. … Caroline Davis runs it out of her office. … Her job description says she’s supposed to support students in crisis. … We’re not all in crisis, right?”

I appreciated Rizzo’s perspective—and I agree that this was certainly a good, pragmatic move on Cooper Whitehead’s part. The plan’s pause notwithstanding, I still get the sense that this move was a compromise, a concession both on the part of the administration and the LGBTQ+ community.

While this situation may be frustrating, it may help to take a historical perspective. The Heights ran a story several years ago that tracked the history of the LGBTQ+ community at BC titled “Walk the Line.” I recommend that anyone interested in the BC community read the piece to understand that the present struggle for a resource center is only the current manifestation of a decades-long struggle to gain recognition and public support.

Rizzo said he accepts this most recent success with both joy and ambivalence.

“It is the deliverance of everything that the community has ever wanted, you know, like we are getting institutional support and a staff member devoted to us … but I also think it shows just how slow and hard fought progress is.”

There seems to be, then, a certain “Boston College Way” of addressing the LGBTQ+ community. Facing such enormous resistance, we gain acceptance through compromise.

“Institutions are compromises,” Rizzo told me. “I think it shows, if anything, how much work is left to do.”

I am reminded of the conversation I had with Costantino many months ago. Referring to a specific example of a parent coming to accept their LGBTQ+ child, he passed on some advice.

Progress for the LGBTQ+ community comes slowly at BC, but it certainly does come. While many were disgruntled by Cooper Whitehead’s attempt to wrap LGBTQ+ resources into the BAIC, the attempt was clear evidence that student efforts to make BC a more inclusive and supportive community have, in a not insignificant way, succeeded. Her eventual pause of this program to “strategize about how we best move forward,” showed a willingness for the BC administration to take in criticism from the student community that they serve. This saga also demonstrates, to Rizzo’s point, just how slow moving progress in this area can be at BC.

There is no perfect answer to the all-important question of belonging. Everyone wants a community which will make them feel affirmed—at home, really. That’s what physical space can do. Spaces create the foundation for the growth of strong, supportive communities.

I would, however, agree with the position held by many administrators that a resource center isn’t a “panacea,” or a cure-all. Ultimately, this is not simply an issue of physical space, but one of dignity and respect. When BC administrators reject student calls for an LGBTQ+ resource center on the grounds of “Catholic values,” they dismiss the fact that queer students understand their own gender and sexuality better than the Church can.

It is truly devastating that BC—a university built on Jesuit principles of cura personalis, or care of the whole person—continues to deny a community susceptible to feeling “othered” the very resources which would help them to feel that they belong. We ought to, however, be hopeful. Long-term success is made in small steps toward progress, and it will only be a matter of time and persistence until senior BC administrators are compelled to grow enough spirituality to respond to genuine cries for belonging. 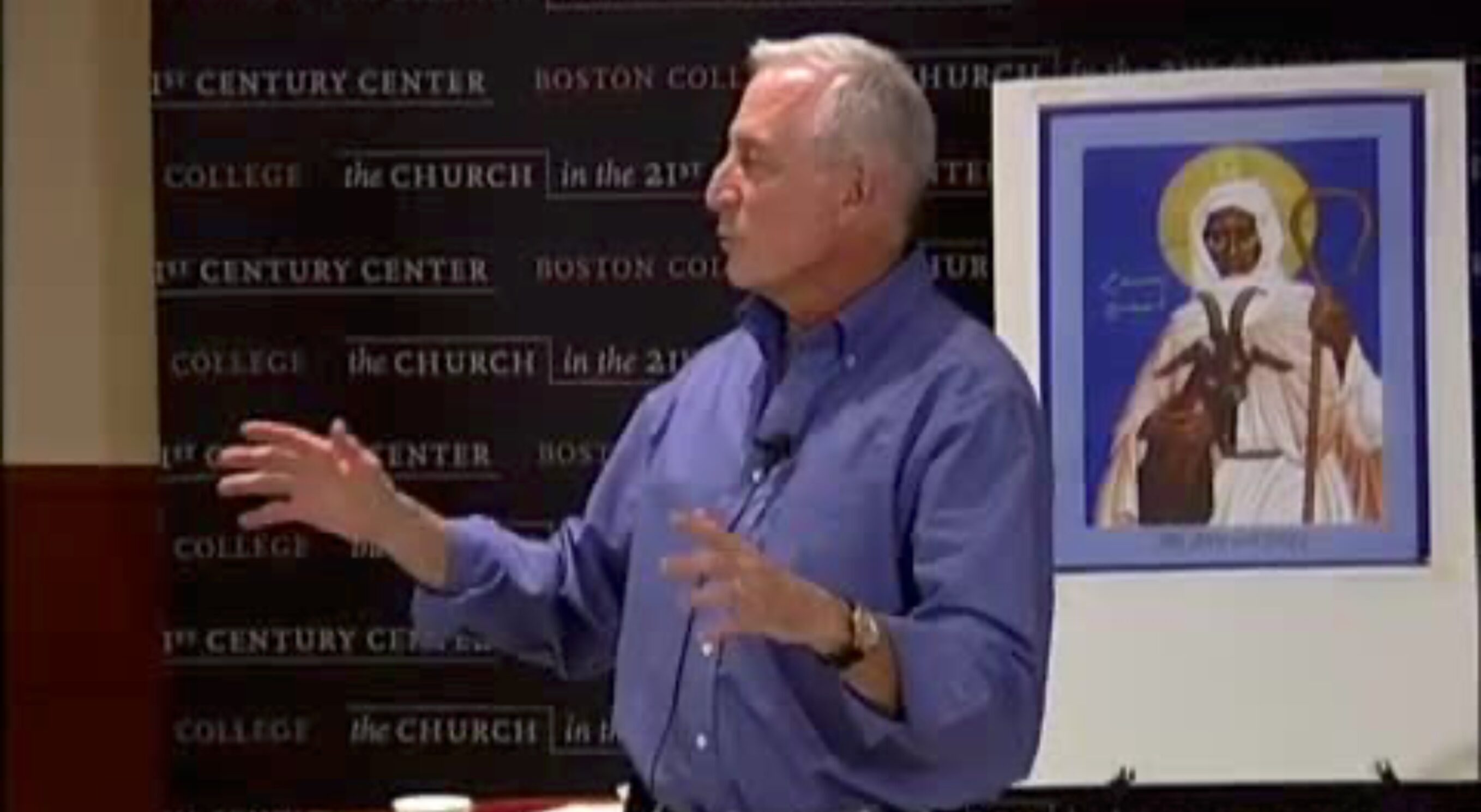