For a CSOM girl, personal finance and investing are just part of the curriculum. For everyone else, however, the same concepts can seem daunting. Smart Woman Securities (SWS), a national organization that has had a chapter on Boston College’s campus since 2010, aims to fix that.

The founders of SWS at BC noticed that other finance clubs, such as Women in Business, focused more on investing and less on teaching general finance and business skills, said Taylor Johnson, president and CSOM ’14.

In its first year, the club had between 20 and 30 active members, which Johnson said substantiated the need for such an organization on campus.

“Our goal is really focused on women’s investment education and empowerment,” Johnson said. “Not only is our audience finance majors … but also those in A&S and Lynch that just want to have that sense of financial independence and have a grasp on that moving forward.”
This year, Johnson said that the club has a total of 60 members, drawn all four of BC’s schools.

Johnson described the organization as a course that most of these students would not otherwise have the opportunity to take during their time at BC.

Its members learn basic valuation skills, how to determine the profitability of a company through qualitative and quantitative metrics, and public speaking skills through stock pitches.

The organization has an executive board, which oversees the daily operations of the club, and an investment board, which manages a virtual portfolio and assists in special projects throughout the year to support members as they learn these skills.

SWS divides its year into two parts. During the fall semester, it organizes a seminar series of eight talks in which members can listen to professionals in the field speak on a variety of topics.

“Not only are you meeting different people and seeing different insight into the industry, they’re really effective at teaching, sometimes more so than we would be,” Johnson said.

While many members take it upon themselves to reach out to these speakers after the seminar, most speakers also volunteer for SWS’s professional mentorship program. Members are paired up with a mentor, usually one-on-one but sometimes two-on-one, to provide them with someone to bounce ideas off of or answer questions.

“I’m still in touch with my mentor from freshman year,” Johnson said. “I called her all through my internship process for advice.”

SWS also offers a peer mentorship program, where older members can guide newer ones.
The fall semester culminates in a small investment project in which members choose to analyze a company’s basic financial information, such as whether the management is good, whether it is an emerging industry, and if there is a strong demand for the product or service.
Members conduct a similar but more in-depth project in the spring.

“Different groups are assigned and they each get a sector, like energy or technology or what have you,” Johnson said.

Each group then chooses one company and is assigned a member of the investment board, who acts as an industry specialist, to support them. The chapter also has access to worksheets from SWS’s national headquarters to help members stay on track and ensure that they are creating a truly in-depth analysis of their chosen company, Johnson said.

In addition to these projects, SWS also hosts smaller speaker events throughout the year, such as a talk by a representative from the Career Center explaining where members’ business skills should be each year if they are considering a career in finance or consulting.
“It’s nice to have that in a smaller setting,” Johnson said, as opposed to dealing with a large lecture hall and more students.

The club has also hosted a number of networking events, from a dinner with Fidelity Investments, an SWS alumni brunch, and a trip to the New York Stock Exchange.

“You don’t even realize the power of the network,” Johnson said. It’s especially helpful that this network is composed of so many like-minded people who are as equally driven and dedicated to the club as the members reaching out to them, she said. “I could be meeting people or reaching out to people in SWS for years and years to come … that shared experience proves really strong,” she said.

finance
BC Strikes Back With Four-Goal Victory
Game Two Notebook: Heavy On The Hits 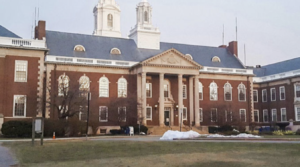 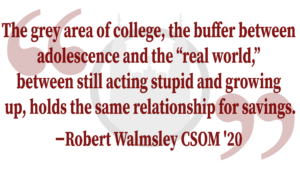