One day before he left for the 2013 Frozen Four, Johnny Gaudreau made the somewhat surprising announcement that he would be returning to Boston College for his third season with the men’s hockey team. Gaudreau wasn’t traveling with any teammates to the games in Pittsburgh, though. He was heading to the Hobey Baker Award ceremony solo after his team was knocked out of the first round of the NCAA Tournament by Union College.

Gaudreau lost out on the Hobey, which is given to the nation’s best player, to St. Cloud State’s Drew LeBlanc-even though Gaudreau totaled one more point on the season than LeBlanc while playing in six fewer games.

It was announced yesterday that Gaudreau is getting a second chance at the award, and he won’t be alone this time. The nation’s leading scorer, with 1.97 points per game, will be joined by St. Lawrence’s Greg Carey and St. Cloud State’s Nic Dowd at the ceremony in Philadelphia next week, but he’ll also have his team with him.

Gaudreau is the only finalist whose team is still alive. The Eagles are getting another shot at Union, this time in the Frozen Four, and a do-over for that game played a much bigger role in Gaudreau’s decision to return than proving his Hobey snub wrong.

“The last [reason to return] was the way we ended the year, it was pretty upsetting we didn’t get to go back to the Frozen Four,” Gaudreau said last spring. “I really wanted to get another chance to do that.”

The winner will be announced on April 11, the day between the semifinals and championship games. If Gaudreau wins, he’ll be the third BC player to receive the award and the first since Mike Mottau earned it in 2000.

Frozen Four Tickets
The BC athletics department will offer 100 discounted student ticket packages to the 2014 Frozen Four priced at $150, according to Associate Athletics Director Jamie DiLoreto. BC hockey will join a field comprised of Union College, the University of Minnesota, and the University of North Dakota next Thursday at the Wells Fargo Center, and Gold Pass holders are eligible for tickets set at a $55 discount. The ticket package gives access to both semifinal games as well as the championship on Saturday night. The upper level seats being offered have a face value of $205.

While the NCAA has offered discounted student tickets for post-season basketball and football games to schools, including BC, in the past, that is not the case with this year’s Frozen Four. BC has been allotted 600 total tickets, with 100 being set aside for students.

Students had until Tuesday at 5 p.m. to respond to an email that was sent by the athletics department and request a ticket package. If demand exceeds the 100 student ticket packages, total Gold Pass points will be used to determine which students will receive tickets. 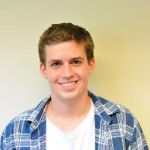