Home » Why I’m Not On Social Media 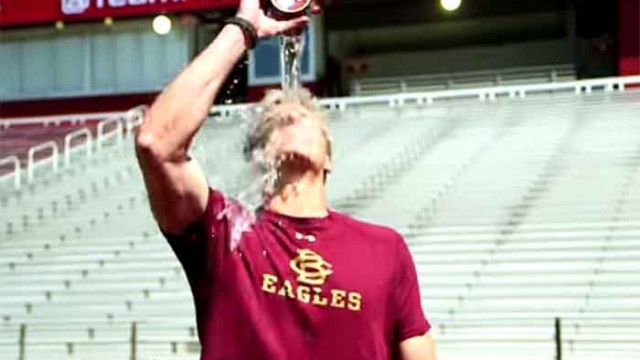 Why I’m Not On Social Media

Never have I had any type of social media. No Facebook, no Twitter, no Instagram, and not even a MySpace back in the day. My random roommate admits that when she attempted to look me up on Facebook before we arrived at Boston College freshman year, she was alarmed when she could not find a profile. In fact, she and her mother were taking bets on whether I spoke any English when I arrived at Cushing Hall in my very American-looking mini-van crammed with Target bags.

People constantly ask me why I’ve resisted the global phenomena of social media for so long, and I usually don’t know what exactly to tell them. I normally tell people that I don’t like being in pictures, or that I don’t feel the need to stay updated with many people’s day-to-day lives nor, do I feel the need to update others on mine. The truth is, for some reason, I’ve always had an instinctual aversion to social media—until this summer, and the emergence of the ALS Ice Bucket Challenge.

I had only ever associated social media with negative things like cyber bullying, which contributes to dozens of teen suicides a year in the U.S.; students failing exams because of the allure of millions of Facebook photos yet to be seen; or students punished with suspensions because of beer cans in posted photos.

Still in its infancy, I heard about the ALS Ice Bucket challenge toward the end of July, and I considered it another BC trend, bound to blow up students’ newsfeeds for a few weeks and then fizz out when the next trend came along. My friends and I even joked about our favorite celebrities accepting the challenge.

For the next few days, I listened to the sounds of ice water hitting concrete outside my apartment window and my roommates laughing at their friends’ videos. It wasn’t until I went home to Ohio for the last week of summer that I realized the true scope of the Ice Bucket movement.

As a lay awake mindlessly watching the local news, which in Ohio consists of stories about farmers markets and county fair prizewinners, the final story caught my attention. It was the premiere of the newscasters’ own Ice Bucket Challenge video.

I was shocked, firstly because they were using valuable airtime to showcase their own video, but secondly because something that started at BC had gotten all the way to Toledo in a few short weeks. For a town that still doesn’t have a Cheesecake Factory, I was stunned that it had caught on to a national social media trend.

As I watched four suited professionals willingly dump ice water on their heads, I began to reflect on the sheer power of the ALS Ice Bucket Challenge. Over $100 million dollars was raised in the peak weeks of the Ice Bucket Challenge. Last year in the same period of time, about two percent of that amount was raised. The money will significantly alter hundreds of thousands of peoples’ lives for years to come and none of it could have happened without social media.

I guess it took $100 million for me to realize that social media doesn’t always result in negative consequences. Although many have criticized the Ice Bucket Challenge as merely a stunt to gain popularity in personal friend circles, these critics cannot deny that even if some people weren’t doing it for purely charitable purposes, the awareness that it raised is going to positively affect thousands of lives.

Furthermore, millions of people, famous or not, have been able to create a tangible change for those suffering with ALS. The Ice Bucket Challenge has shown the world that you don’t have to be famous anymore to make a big difference.
This challenge, which became a global movement within a few weeks, illustrates just how important social media is in today’s world. It made me realize that for all of the bad things that can happen as a result of social media, there is something good that can happen as well.

I’m still not planning on creating a social media presence for myself any time soon, but I can now appreciate the power of its positive influence.