Home » What Aristotle Would Say About The Cast Of ‘Friends’
Arts, Off Campus, Column

What Aristotle Would Say About The Cast Of ‘Friends’

If he hadn’t lived in ancient Greece, I think Aristotle would’ve been friends with Rachel, Ross, Monica, Chandler, Joey, and Phoebe.

He probably would’ve had to ditch the toga, and they might have had to try to be a bit more virtuous, but I bet they all would’ve enjoyed hanging out on the big orange couch in Central Perk together.

It’s also the first day since the beginning of the semester that I won’t be discussing the Nicomachean Ethics in class.

So, in honor of the show’s anniversary and as a result of my Aristotelian frame of mind, I can’t help but wonder whether the philosopher known for his understanding of friendship would’ve gotten along with the characters from one of television’s most successful sitcoms. (These are the kinds of things you think about when you’re a Perspectives major.)

Aristotle describes three different kinds of friendship in his book, categorizing relationships as being based on pleasure, utility, or the good, which he says is the highest and best form.

He talks about friendships of pleasure first—basically all of Joey’s “How you doin’?” one night stands, Rachel’s sexy Italian boyfriend Paolo, and Ross’s infamous “WE WERE ON A BREAK” mistake with Chloe the copy girl are instances of relationships formed not out of genuine love and goodness, but, instead, out of human desire that is often shallow and fleeting. While these sorts of relationships may be nice for some time, Aristotle says they never last—if you don’t believe it, just think about who ends up with whom in the show’s finale. Spoiler alert: Paolo and Chloe have nothing to do with it.

For Aristotle, a true friendship isn’t one of pleasure, nor is it one in which you’re looking to gain something from the other person—think Monica dating Ultimate Fighting Champion Pete Becker just because he was rich. That’s a friendship of utility. Although she did the right thing and broke up with him in the end, Monica initially agreed to go out with Pete because he took her on fancy dates to Europe and bought her nice presents. She was getting something out of the relationship and didn’t value it for what it was in and of itself.

Real friendship is a little like Phoebe’s lobster idea. Both have to do with two people caring so much for each other that they put their own needs behind those of their partner. They take on the world hand in hand—or in Phoebe’s explanation, claw in claw—and they try to be the best they can be together. It took a while for Ross and Rachel to figure it out, but after a couple divorces, a baby, and an almost move to Paris, they learned that sincere love and friendship have to be selfless. Monica and Chandler discovered it when she proposed to him (you go, girl), Phoebe realized it when she had her brother’s kids (this sounds weird, but it’s not as weird as you think), and Joey got it when he gave up Rachel so that she could be with Ross.

Being a good friend isn’t easy. It took the show’s characters 10 seasons to put what Aristotle wrote more than 2000 years ago into practice. They had to work at it.

Friendship is something we all have to work at—no matter where we’re from. Call it goodness, love, or whatever you want, but at its core, it’s always the same thing. Aristotle might not have said it in exactly these words, but I think even he’d agree: A friend is someone who’ll be there for you—someone for whom you can be there, too. 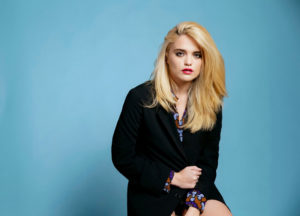 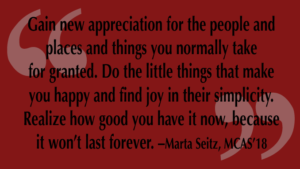 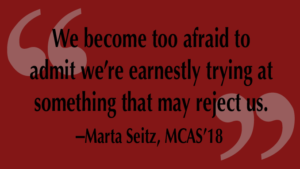