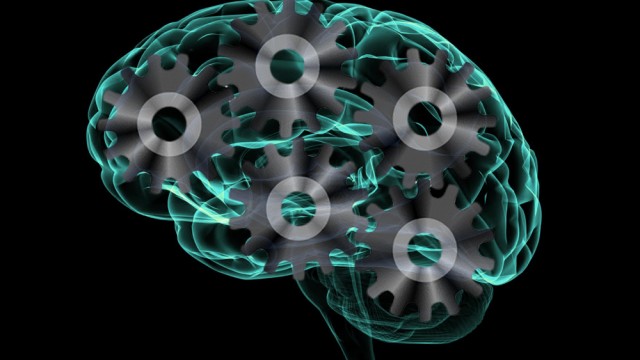 The Much-Needed Conversation About Mental Health

As many of the speakers at yesterday’s BC Ignites pointed out, the topic of mental health has often been difficult to discuss at Boston College. So much is made of the fact that students at BC are high-achieving and well-rounded men and women for others that, often, the atmosphere seems prohibitive when students need to talk about stress, anxiety, depression, or other facets of their mental health. Mental illness is often considered a shameful weakness or failure, and because of this stigma, many students who are struggling think that they are alone in their experiences.

The statistics from University Counseling Services (UCS) tell a different story. As Director of UCS Thomas McGuinness said in his keynote speech last night, 1,800 students visited UCS over the past year, for a total of over 10,000 contacts with the office’s professional staff. According to Craig Burns, the associate director of UCS, about 25 percent of BC students use counseling services at least once before they graduate.

Often, the way mental health is discussed—or not discussed—at BC means that only issues seen as dramatic or immediately pressing are considered legitimate, both as ailments and as topics of conversation. Brief, high-intensity efforts to unload mental and emotional strain, such as the group-based, confessional-esque “Fish Bowl” at 48Hours retreats, can have a positive short-term effect—but such efforts tend to be isolated and rarely extend beyond the immediate context.

This reticence to sustain a discussion about the presence and complexity of mental health issues is highly problematic. In his speech, McGuinness noted that students visit UCS for both diagnosed clinical problems and more typical adolescent struggles—including but not limited to the transitions into and away from BC—and that all students should feel like BC’s counseling services are available to them.

Public encouragement from administrators is positive, but it only addresses one part of the stigma. In addition to the discomfort around seeking professional help, there is often a sense of shame that accompanies discussing these issues with friends. Not all students may feel compelled to share this part of their personal lives with their peers, and this abstention is legitimate as well—no one should feel socially prohibited from starting a discussion, however.

In recent years, students at BC have made substantial, positive steps toward de-stigmatizing mental health issues. The Silver Week that was introduced through the Asian Caucus took the initiative to have open, frank conversations and relay students’ own stories about struggles with stress and mental illness. This semester alone, the BC chapter of To Write Love on Her Arms (BC-TWLOHA) made efforts to publicly drum up awareness for National Suicide Prevention Week, including hosting a panel whose participants explicitly stated that discussion is crucial to eliminating mental health’s stigma.

This year’s UGBC administration has also made a significant push to increase the opportunities for dialogue on campus, under the aegis of its Mental Health Initiative (MHI). This semester, it launched the Be Conscious campaign, which includes a new website with student stories, a list of events related to mental health, and a summary of available resources. This is a positive development that may decrease students’ reticence to share their own experiences, as they have personal, yet anonymous, examples to which they can turn. Given the sensitive nature of the material being discussed, the site’s administrators have prudently decided to ask McGuinness to vet every post for the language that it uses and the picture it paints before the post goes online.

As a part of MHI, UGBC is bringing the “What I Be” project to campus in October. Launched in 2010, this campaign will offer students the opportunity to acknowledge their insecurities publicly in photographs on campus. Although this is one method to address the problem of fear and self-doubt, it is not necessarily the right method for everyone. The leaders of the project should be sure not to dismiss students who decide that they do not want to broadcast their insecurities publicly.

The speakers who stood up and shared their stories and opinions last night at BC Ignites brought the issues of mental health into the open at BC—quite literally, hosting the event in O’Neill Plaza meant that it was impossible for passersby to miss. It will take consistent and mindful effort on the part of administrators and students alike to ensure that this discussion continues, but this week has set campus on the right path.

Correction: September 26, 2014
This article originally stated that UGBC was the parent organization of the Asian Caucus. The article has been updated to reflect the fact that Asian Caucus is an independent student organization unaffiliated with UGBC.