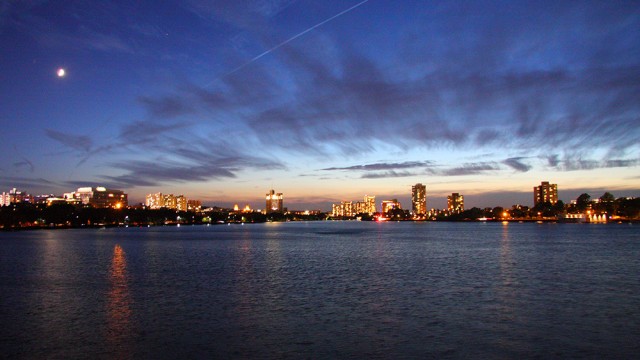 Suffolk Superior Court, despite being one of Massachusetts’ largest and busiest courthouses, may have to close, potentially indefinitely.

Notwithstanding massive renovations and repairs made as recently as 10 years ago, the courthouse, which is located just a few blocks from City Hall in Government Center, is overcrowded and constantly overrun with people. Trying the majority of the state’s murder cases in its 26 courtrooms, the Suffolk Superior Court is the third-largest courthouse in Massachusetts.

Built in 1937, the courthouse is an elegant example of art deco architecture. However, the 24-story building is falling apart due to its constant use. On rainy days, water seeps through doors and windows and broken down elevators are not uncommon. With pieces needed for repair becoming more and more frequently out of date, complications with the 77-year-old building are becoming more difficult to fix.

“The Trial Court will have to vacate the Suffolk High Rise to rehabilitate or replace it,” Trial Court Administrator Harry Spence told The Boston Globe. “The building envelope is falling, so weatherization is a serious problem. Water comes in through exposed bricks. This causes water to get inside the building and to travel to office spaces and courtrooms.”

In the early 2000s, the building was closed for similar repairs, and, even after $40 million was spent in renovations, state officials warned renovators that eventually the courthouse would have to come down.

The Suffolk Superior Court is not alone in its dilapidation—it is one of many courthouses in the state that is facing disrepair. Massachusetts Trial Court officials told The Boston Globe that they have been studying the state of the Commonwealth’s 101 courthouses and discussing which need restorations or replacement.

Although officials are trying to keep in mind what is both reasonable and affordable, approved construction plans for other courthouses—including those in Greenfield and Lowell—are estimated to cost somewhere between $45 to $60 million, but as much as $175 million if converted into an energy efficient space, according to The Globe.

The fate of the Suffolk Superior Court building and the other Massachusetts courthouses that are in desperate need of repair are not unique to Boston, but just another example of urban decay in some of the United States’ metropolitan centers. Both federal and state courthouses located in other cities including New York, Washington D.C., and Chicago have had to undergo renovations over the past 10 years. The Second Circuit Court in New York City recently reopened in January of 2013 after a six-year temporary closing for renovations, which included complete rewiring and relighting of the building and amounted to $314 million.

Although no concrete decisions have been made concerning the fate of Suffolk Superior Courthouse, the trial court has hired specialized staff to detail the concerns and potential solutions that such state facilities are facing. Even if the consultants finish the report by their estimated timeline of this upcoming February, the Massachusetts legislature will still have to approve any allocation of funds through bills for construction.

One suggested proposal for the Suffolk Courthouse would be to temporarily shut it down, and move all civil and criminal matters to an unidentified county court in Malden, Mass. Aside from running the risk of overcrowding the courts of the neighboring county, this plan would displace many judges, attorneys, and clerks as well as inconvenience those Suffolk County residents called to the courthouse for jury duty or other proceedings.

“We serve victims and they are the ones that would be most negatively impacted should this move occur,” Suffolk County District Attorney Daniel Conley said to The Globe regarding the potential solution of moving the courthouse. “We’re not talking about mere inconvenience here but enormous costs and hurdles for victims, witnesses, police officers, and jurors to take their rightful place in the justice system.”

Those affected by the move of the Suffolk Superior Court could include many students as the courthouse maintains general jurisdiction of both criminal and civil proceedings in Suffolk County which is home to Boston University, Northeastern University, University of Massachusetts at Amherst, University of Massachusetts at Boston, Suffolk University, Tufts University and many of Harvard’s Graduate Schools. Boston College lies on the boarders between Suffolk, Essex, and Middlesex counties yet the majority of off campus houses do fall under Suffolk Superior Court’s jurisdiction.

In the case of all of the Commonwealth’s overcrowded courthouses, the Massachusetts court structure is most concerned with maintaining justice. Consultants and officials are working constantly to weigh the costs and benefits of courthouse renovations against the potential problems a move from its downtown location would bring to the judicial system. Although the next step for the Suffolk Superior Courthouse is uncertain, Massachusetts’s public officials have recognized the need for change in both structuring and maintaining necessary state organizations.

Featured Image by Huifeng Qian / For the Heights 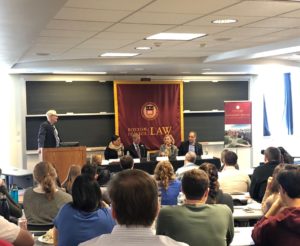